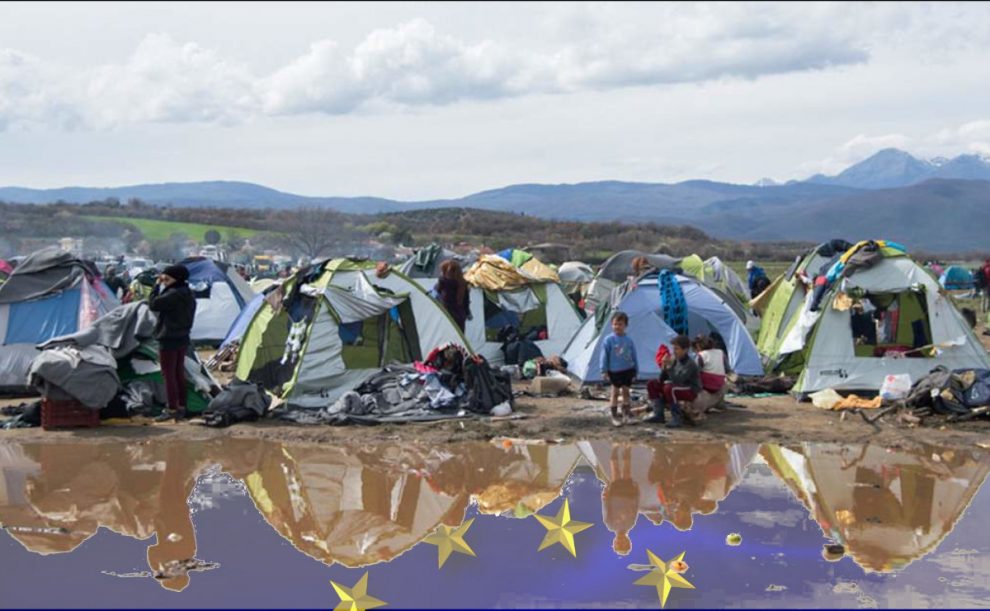 The German captain of a charity rescue ship appeared before a court in Sicily (Italy) on Monday after she was arrested for forcing her way into the Italian port of Lampedusa carrying migrants she had rescued off the Libyan coast.

The ship had been in international waters for more than two weeks, waiting for an invitation from Italy or another European Union (EU) state to accept her ship, which was carrying 41 African migrants.

“We need support to end the death of people at sea and it’s outrageous that civilians … filling a gap left by the authorities are criminalised for saving lives,” said Giorgia Lunardi, a spokeswoman for the charity.

Salvini, who is leader of the „League“ party, has taken a hard stance on immigration, closing off ports and accusing fellow European nations of leaving Italy alone to deal with a migrant influx from Libya.

“I expect justice to deliver tough penalties to those who risked the life of Italian military personnel and who repeatedly rejected our laws,” Salvini said in a statement on Monday.

“From other European countries, starting with France and Germany, I expect silence and respect,” he added

Germany called on Monday for her release, but Italian Prime Minister Giuseppe Conte told German Chancellor Angela Merkel at an EU meeting that it was an independent judicial matter of Italy. Conte refused to tolerate any interference in the independent courts of Italy.

At the same EU meeting, EU leaders suspended their summit on Monday after they failed to agree who should fill the bloc’s top jobs, with divisions over the marquee role of European Commission president as entrenched as ever after some 20 hours of talks.

The reason behind the division of the members of European Union is their opposing and irreconcilable Migration policy. Member states in the South as Italy, Malta and Spain are challenged by illegal migration from Africa via the Mediterranean Sea. Most member states in the North do sufficiently support the Southern EU states to overcome the challenges.

The Eastern EU members as Poland, Hungary and Czech Republic refuse the idea of hosting illegal migrants at all.

The EU is in crisis and has no leader because of the migration policy deeply divides the member states of the EU.

The solution is a European consensus of migration policy. This important matter must be resolved jointly and in solidarity.

Only an arms export ban helps to minimize the push factor war which is causing migration. An efficient development aid by EU countries helps to fight migration push factors as unemployment, lack of opportunities and inadequate conditions.

Right now, a lot of resources are tied for EU borders protection, search and rescue operations at sea and the internment, care and deportation of illegal migrations by EU countries.

The issuing of humanitarian visa for a legal EU entry and residence would save the lives of African migrants reaching the Maghreb states as Morocco and Libya. They would not have to come to Europe via boats anymore. The boat passage threatens lives and benefits criminal human traffickers.

The issuing of humanitarian visa to EU countries is the easiest way to save lives, to protect borders and to control migration.