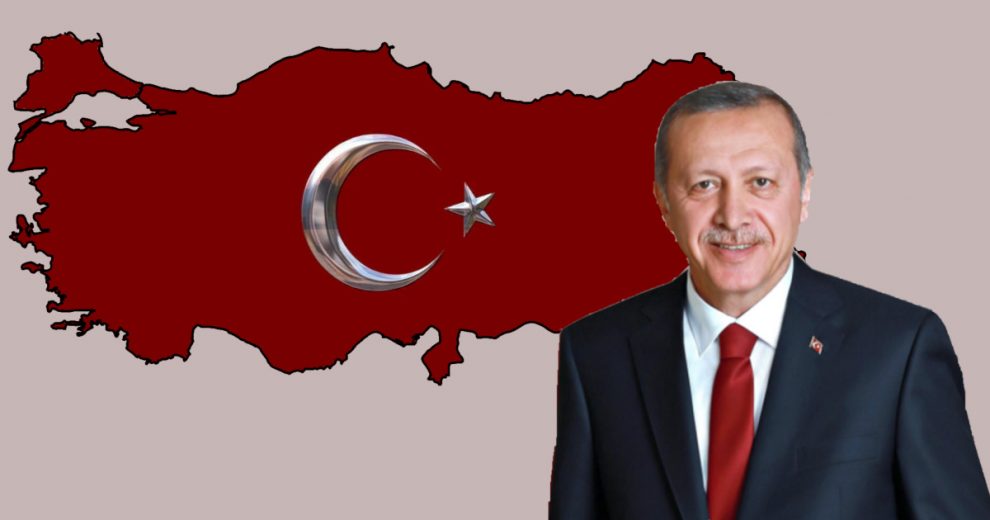 As Erdogan’s candidate for Istanbul’s mayoral elections Binali Yıldırım lost to CHP’s candidate Ekrem Imamoglu, a debate about Erdogan’s future is (and will be) on top political agenda. While opposition parties and some foreign media expect that Erdogan’s power is in decline, pro-Erdogan people and analysts are confused about the future of Turkish leader. Is his charisma eroding? Will he lose next elections? Will Ak Party split up? Such questions and more try to find their well-matched answers.

Since the past is the mirror of the future, looking at the latter from the former might give an idea about Erdogan’s future.  President Erdogan is a strong leader with extraordinary political talents. He could make Turkey, which looked like an ordinary third world country, an influential middle power in last seventeen years. Turkey was even about to be a member of developed countries in 2013 by getting closer to 12,000 USD GDP per capita. However, due to continuous political turmoil that Erdogan had to tackle with, economic development was either on idle or boosted with state sponsored credits. What he always did correct was his relentless efforts to boom economy. Because he knows well that a low-performing economy is more likely to take power from him than even a military coup. However, political instability beginning with Gezi protests caused a fatigue in economy. As expected, temporary solutions just postponed a structural crisis until 2018. When Lira crisis began in mid-2018, inflation tripled and people’s purchasing power declined. Hence, economic problems cropped. Eventually, it took a few percent from votes of Erdogan’s Ak Party.

On the other hand, there was also a general metallic fatigue in Ak Party, as Erdogan names. Yet, it seems that weary members of the party were not replaced with dynamic ones. Indeed, many of municipalities lost were due to wrong candidates. For instance, people of Ankara made Ak Party  majority in the assembly of the municipality but did not allow its candidate to win elections since he was previously the mayor of another city, Kayseri. As for Istanbul, sliding from Islamist roots to nationalism led to loss of Kurdish votes. In addition, people did not believe that there was a need to re-run elections, thus, voted for Imamoglu.

There are also some other reasons that made Ak Party lose. For instance, it is argued that power is in the hands of a small group in Ak Party. This is indeed a general complaint. Those who know Ak Party well claim that kinship is one of the basic inner problems of the party. They claim those on top posts appoint their relatives to top positions in the state. As a side effect, since low-qualified people occupy managerial positions, the quality of public service worsens. In the same vein, most of top officials in the state and in Istanbul municipality were allegedly from Karadeniz region. Such regionalism also seems to be causing fury among people. Moreover, it was invention of Erdogan to form coalitions with other parties. While Erdogan allies with MHP, nationalist party,  on the other side there are CHP (secular party), HDP (Kurdish nationalist party) and Iyi Party (Turkish Nationalist Party). Yet, Ak Party did not benefit from such coalitions since some MHP voters did not vote for Ak Party. On the other hand, HDP voted for CHP candidate as a bloc. Normally, CHP never wins Istanbul mayoral elections but coalition let it do.

Two more causes for defeat can be suggested. First, Erdogan constructed quite big projects such as airports, roads, bridges, tunnels, etc. Yet, they were all made via Build-Operate-Transfer model. In other words, the real owners and operators of giant projects are contractors. Since the state do not pay them for construction, they get their payment from people with high fares. Toll prices are so high that crossing a privately owned bridge is ten times expensive than the state owned one. Therefore, as people could not benefit from them, projects did not bring votes to Ak Party. Second, since the youth do not know pre-Erdogan era, they are not able to make comparison with past and current moment. Thus, they wanted new faces and parties in politics, without thinking whether this change will be in their favor or not. This is perhaps the most difficult problem that Erdogan will find a solution. Psychologically, if an individual is bored, he/she will try to change circumstances even if his life standards are already high.

Having elaborated the past and the now, I can conclude that the future is more uncertain for Erdogan but it is still not too late. First of all, personally, I believe that Turkey needs Erdogan more than ever. Because the future of the world is not more promising than that of Turkey. Far-right is rising and threatening the whole world. Political ethics are deteriorating due to authoritarian leaders. Look at Trump, for example. He imposes taxes on rival countries and threaten them when they retaliate. Regarding Turkey, the issues of terrorism, S-400 missiles, Cyprus and Syria can be tackled with only by a strong leader. Second, Turkey’s economic woes are not insolvable. If government learns lessons from the ongoing crisis, the economy can be healthier in the future. What they should do is to switch from credit-based economy to production-based economy.Third, concentration of power in a few hands is indeed disturbing. If Erdogan re-organizes his team and bureaucracy, he can rebound soon. Fourth, if Erdogan and his party introduce new policies for the youth, they can persuade them to vote for Ak Party.

All in all, Erdogan is still the top leader in Turkish politics. People embrace Erdogan but also force him to meet their demands. The results of last elections were warnings from the people. If Erdogan gets the message and offers satisfactory solutions, he will stay in power as long as he faces a new challenger, who does not exist at the moment. Turkey driven by Erdogan is more promising than by opposition. People gave their messages with votes and asked him to change. If he changes, Turkey will continue to change. If he does not, Turkey will still change but it is unclear in which direction it will be.