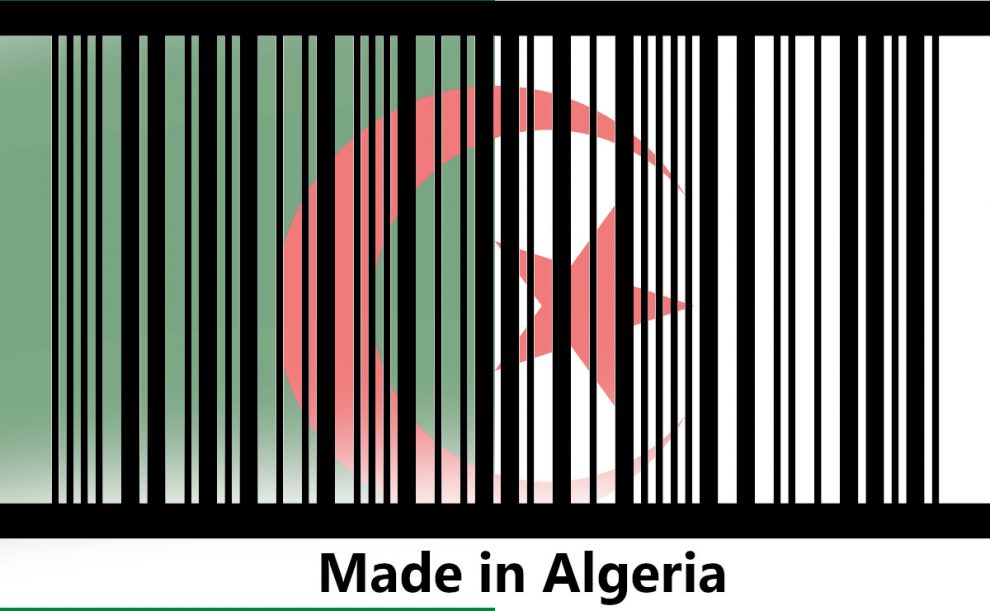 On the eve of Independence Day in Algeria, Algerian drums this year celebrate the end of the Bouteflika system and its removal from the center of the political debate. National celebrations and festivities now salute the new “free” Algeria; as Algerians have been saying during the five months’Hirak: “Algerians liberated their land on July 5th, 1962, and themselves on Feb 22nd, 2019.” Although the Military definitively decided to oust the ailing ex-President Abdelaziz Bouteflika and arrested his brother and Generals Tartag and Toufik, the country in 2019 is still not a full economic and political sovereignty allowing many Algerians to enjoy the benefits of their land’s wealth and a healthy political process.

The justification of the Bouteflika to stay in power for two decades posited that ex-President Abdelaziz Bouteflika was the right man to govern and lead the Algerian people, despite his health deterioration after the minor stroke of 2013. The ex-President and his clan told the Algerians, “ [we] will bring you stability and security, and let us govern for eternity.” The former was an imminent imperative vital to the country’s national security and people’s safety in the aftermath of the Red decade of political and societal tragedy. The Bouteflika possessed reservoirs of W.M.D.s (Weapon of Minds’ Destruction), so the hold-up went on, the Bouteflika system settled, and new oligarchic and lackey groups installed themselves in west Algiers’ seaside resort of Club-des-Pins. 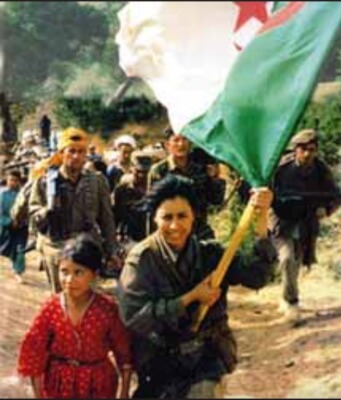 As a result the Algerians got a system of dynastic ruling cliques and clans in lieu of a transparent semi-democratic system based on rule of law and accountability.

In that time ex-President’ Abdelaziz Bouteflika’s administration described this Greek theatrical tragedy scene as a flourishing democracy fostering prosperity in the country; yet this “achievement” is fully cynically flawed. It is a demoralization that has led to a mind-and-a-movement occupation which has never ended, putting in place obedient governments whose political allegiance supports a regionalist loyalty on one hand, and a religious motif doctrine (Tariqa) in the country’s western and southern regions on the other.

Offering a golden gift to the opportunists not only in politics, but in the “business” realm as well, who had never dreamt of such a calculated gesture from the ruse alibi offered in the name of national reconciliation and pardon/clemency (a-Rahma). A policy orchestrated by the ex-President himself in his first two-terms and later by his brother in their compound in Zeralda-sur-Mazafran in Tipaza Province.

To this point, what Algerians had gained on July 5th, 1962 was a flag and a stamp, as former President Ahmed Ben Bella once told Ahmed Mansour on al-Jazeera TV. So is the public administration of the Algerian State ready to function accurately? According to the basic daily practices in the field, the answer is no. Through language confusion and corruption the Algerians were lost in translation.

In the wake of the ongoing peaceful and Mosaic Hirak that is entering its 20th Friday, what would Algeria’s strongman General Gaïd Salah do if Algeria dove into a bloody pool again?

Too many analysts claim this scenario has little chance of occurring for the General Chief of Staff, whose military legacy is surging forward and hinging on the conduct of the two wars he initiated to protect the country’s borders in a direct national security threat: ISO & Co and political instability post-April 2nd soft coup. General Gaïd Salah ran his military campaign in the last six months as an anti-corruption and purification of the State’s institutions from the anti-regime gang, ex-DRS Generals and Saïd’s minions, promising the Hirakists and their sympathizers to escort new Algeria’s hopes and dreams. 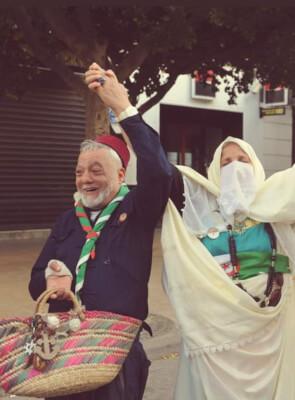 On Wednesday night, interim President Abdelkader Ben Salah called for a national conference, inviting independent and historical personalities from all the ideological and political spectrum, insisting on the conference’s transparency — where the Military wouldn’t take a part, reassuring that the State would put in place all the necessary means and mechanism for the success of this major political event in order to elect a new President as soon as possible.

In his speech interim President sounded reconciliatory, reminded Algerians about the challenges that the country is facing, mentioning the legality of bridging a Constitutional solution and avoiding the eventuality of a Constitutional gap.

If politicians are Machiavellian, Military are Clausewitzian and the Generals can be both. Despite the style of their counterparts in Sudan crisis management and governance, they know now as the power holders the repercussions of any faux pas in their Games theory strategy will be fatal for their legacy and disastrous for the country.

Algeria today has many political disputes within the main factions of the establishment in the post-Bouteflika system that have been pushing for suspicion and denunciation over real reconciliation, and have yet to resolve the key issues whether power shall be centralized or decentralized, and how the oil revenues will be fairly distributed to the Algerians. The sovereign questions on Sahel borders remain to be addressed and the autonomists, if not the independentists, are happily appreciating the help of the western media and politicians and enjoying their fifteen minutes of fame. At the same time the Kabyle fanatics are raising a sensible question regarding Algeria’s national territory integrity, adding to the ghost of ISO in the Maghreb & the Sahel.

Algeria is fortunate enough to have a solid State and a national cohesion thanks to the Military’s patriotism and homogeneous strategy; though, the bridges of Algeria are still frozen. There are few ethnic groups agitating for their foreign masters’ agenda and local profiteers of the remnants of the Sons of Saïd.

The Algerian establishment and elite have been showing a lack of serious political organization to reclaim their independence from a patronage system. The Algerian establishment seemed happy to gain a semi-autonomy of political movement and action from the regime as a whole, forgetting recent events that are shaping the country’s political landscape — the Algerian people will never tolerate another masquerade from their politicians and naturally their media — the neo-domination-dominated behavior, favoring one group to dominate the other in order to keep their political and economic interest intact.

The Military continue to maintain their presence in the country’s politics. The Generals dynamited the Bouteflika underground networks and promised to change the country, but does the country change the Military doctrine of the 21st Century? Algerians won’t accept this dynamic of change, their establishment seems to have opted for to continue unresolved forever.

According to the latest gossip in Algiers and an unnamed source in Paris The Arab Daily News has learned that the Military are cooking up a light summer dish that would be easier for the people to swallow and for the media to chew on: a new Caretaker government will be appointed next week to replace Premier Noureddine Bedoui, while the term of interim State President Ben Salah will be extended to the next Presidential election, likely in fall.

Algerians will keep fighting for their full independence to free their minds and bodies from political denial and acculturation; in remembrance of what was gained July 5, 1962, they will proudly celebrate their continued commitment with fireworks and barbecue parties, enjoying Merguez sausage with Harissa sauce and sipping Selecto and Hamoud Boualem. Happy Independence Day.

Turkey is the best mediator between Iran, US
The Future of Erdogan
Comment