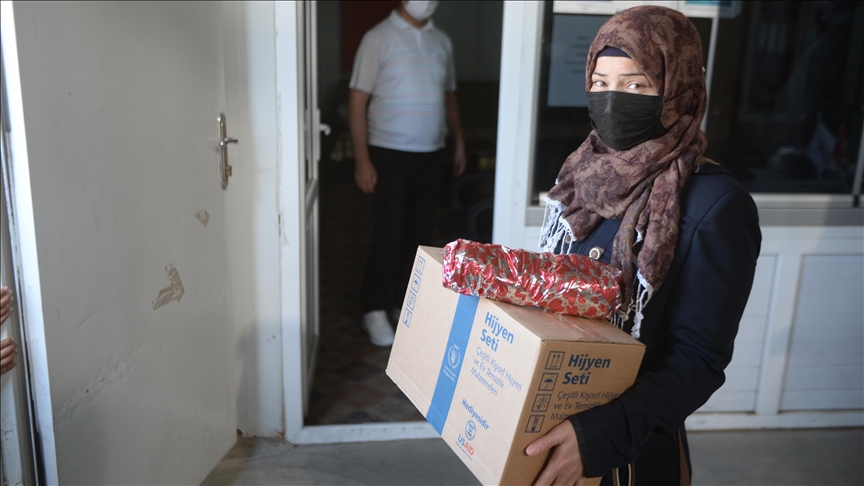 Most of the Syrians who fled the civil war in their country to go to neighboring Turkiye are happy and don’t want to go back home, according to a new study.

Syrians do not feel excluded or discriminated against in Turkiye, which hosts the largest refugee population in the world, M. Murat Erdogan, director of the Ankara-based Research Centre on Asylum and Migration (IGAM), told Anadolu Agency. Erdogan, who is also director of the Mulkiye Migration Research Center (MUGAM) at Ankara University, shared with Anadolu Agency the latest data from an annual report “Syrians Barometer-2020: A Framework for Achieving Social Cohesion with Syrians in Turkiye.”

The report is supported by UNHCR Turkiye and is set to be released on Monday.

Syria has been mired in a vicious civil war since early 2011, when the Bashar al-Assad regime cracked down on pro-democracy protests with unexpected ferocity. Hundreds of thousands of people have since been killed and more than 10 million displaced, according to UN figures.

“Syrians generally seem satisfied with their life in Turkiye,” Erdogan said, referring to the findings of the latest report.

The report, now in its third edition, is based on face-to-face surveys. Researchers conducted surveys with 2,259 Turkish citizens in 26 provinces chosen by the Turkish Statistical Institute (TurkStat). Separately, a total of 1,414 families were surveyed to receive information on nearly 7,000 Syrians under temporary protection in 15 provinces.

Another issue people in Turkiye are talking about is whether and when the Syrians will return to their home country.

“In 2017, the rate of those who said they don’t want to return to Syria in any case was only 16%,” Erdogan said, citing data from earlier editions of the study “Then this rose to 34% in 2019 and later to 58%.” According to Erdogan, some Syrians say, “No matter what happens in Syria, I don’t want to go back’.”

Erdogan believes there are fundamental reasons for this.

“One of them is that the war in Syria has become chronic and there’s no hope for a solution. Syria is fragmented, and there are different authorities in different regions.”

Insecurity if they return to Syria is another factor, he said.

The number of Syrians living in Turkiye is now around 4 million, and according to the Interior Ministry, nearly 175,000 Syrians received Turkish citizenship between 2011 and 2021.

According to the latest edition of the Syrian Barometer, there are two issues of the greatest concern for Syrians in Turkiye.

“One is their temporary status, as it presents a major obstacle for them thinking ahead to the future,” said Erdogan.

Turkiye gives Syrians a temporary protection status under which, according to the UN, “Syrian nationals, refugees and stateless persons from Syria seeking international protection are admitted to Turkiye and will not be sent back to Syria against his or her will.” It also covers access to health care, education, and social assistance as well as the labor market.

“When we ask Syrians what their biggest problem in Turkiye is, they always say working conditions,” he added.

According to Erdogan, although Syrians are trying to forge closer ties with Turkish society, the Turkish public remains distant.

Syrians also are “building their own lives” in Turkiye, said Erdogan. “We see that the tendency to return voluntarily is quite low.”

Some Syrians “also say that ‘if there’s peace in our country, of course, we would like to go back,’ but there’s a difference between saying this and putting it into practice. Going back easily isn’t possible for them.”

According to Erdogan, there has been a “radical change in the Turkish public’s view of Syrians in recent years.”

He said the Turkish public used to see Syrians as victims and as oppressed people fleeing war, but recently started to see them more and more as a problem.

“And we see this process (of changed perceptions) in our research,” he added.

According to the research, the Turkish public sees Syrians as one of the biggest problems facing Turkiye, after the economy and terrorism, Erdogan said.

“We had more or less understood this through other questions, but in the last two barometers, we asked the public about this directly.”

Erdogan also pointed to a contradiction in this, as Turks and Syrians have been living side-by-side in the same country for more than a decade now.

“We live relatively peacefully. So the expectations of the Turkish public and what’s actually being experienced diverge from each other,” he added.

Erdogan also described the 2016 deal between the European Union and Turkiye on migrants as an “important turning point” for relations between Ankara and Brussels.

“But unfortunately, not in a very positive sense,” he said.

Turkiye’s execution of the 2016 deal with the EU is widely credited with stemming a surging migrant crisis, and Turkiye has touted its success in defending its borders – also the EU’s de facto frontier.

According to Ankara, the EU also backed away from political commitments as part of the deal, including visa liberalization for Turkish citizens traveling to Europe, opening new chapters for Turkiye’s EU accession process, and negotiations on upgrading the 1995 EU-Turkiye Customs Union.

With the deal, the EU effectively turned Turkiye into “a strategic partner” rather than a candidate to the bloc, he added.

Although the EU has been criticized for not doing enough to share the burden, Erdogan said that “outside the EU, there is no support” for Turkiye.

Stressing the need to update the deal, Erdogan said the ongoing war in Ukraine – now in its fourth week – would make a new agreement between Turkiye and the EU “a bit more difficult.”

The war has sent a flood of Ukrainian refugees into nearby European countries – over 3.38 million at last count by the UN, and still rising – including Poland, Romania, Slovakia, Hungary, Moldova, and Turkiye.

As this new refugee flow continues, the EU budget for other refugee aid will be cut, he said, “because new needs have begun to emerge, and these needs are growing.”