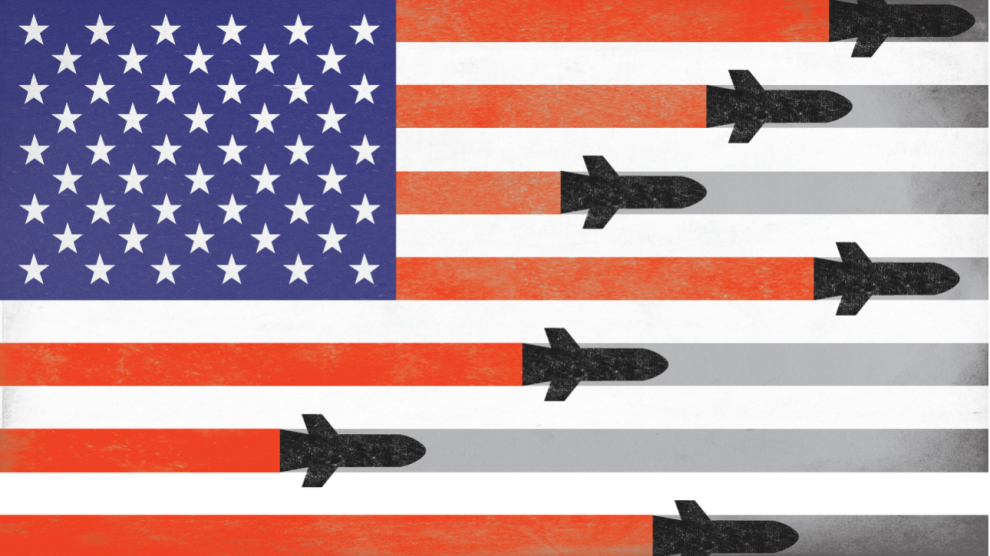 The favorite pastime in America since World War II has been “nation building.” The whole American civilian and military bureaucracy as well as its academia have been devoting themselves to building nations starting with Germany and Japan continuing with Somalia, Haiti, Bosnia, Kosovo, Afghanistan and Iraq. Add Syria to the list.

There were perfectly well-built nations in these countries. So, to flex your nation-building muscles you first need to wreck them to the ground. Those nations had been destroyed, fiber by nation-holding-fiber in no time. They did it sometimes by killing the leaders who somehow provided the linchpin that was vital for holding the clans, mobs, factions. Sometimes they bombed the whole countries, cities, towns and marketplaces, making the whole world believe that they were destroying terrorists.

As soon as the killing or terror bombardment was over then all those “wet-behind-the-ears” State Department PhD-types rushed off their feet onto those poor people who urgently needed a nation. Japan had a very long and strong traditions that could hardly be destroyed with one atomic bomb or two. There was hardly a standing building after the bombing of Hiroshima and Nagasaki with two nuclear weapons, but the emperor and Japanese loyalty to him were very much intact.

General Douglas MacArthur, the supreme commander for the Allied Powers, did not pay much attention to what the Japanese people thought. The U.S. had a large stockpile of nukes. The general called two senior army officers with law degrees into his office and asked them to write a “democratic constitution” for Japan. In two weeks the Japanese people had a new constitution to build their nation on, and in less than a month a new nation was built.

Armed with the Japanese experience and with more scholars on the German constitutional system, the second nation-building experience of the post-World War II era took place in Germany. This time the builders were more gracious not calling what they wrote a constitution. They reserved the word “Verfassung” for the document “that a unified German people would write,” now they were writing a Grundgesetz (ground rules for the provisional West German state. Yet it was aiming to create a democratic nation out of people who, as Allied Commander Maj. Gen. Dwight D. Eisenhower said, responsible for the last two catastrophes in Europe two decades. So, a team of German and U.S. scholars drafted a new German basic law which was not so basic at all. It arranged every aspect of German politics. After all, the Americans were building a new nation.

With two major nation building under its collective belt, the U.S. continued its new vocation by building Somalia, Haiti, Bosnia, Kosovo, Afghanistan and Iraq. Nobody knows fully what sort of time bombs or backdoors have been placed in their constitutions. We have seen hooks through which these regimes can be dragged to the points they do not want to be. A recent example is the claim of the Iraq Kurdish autonomous regional administration that they could legally call for a cessation referendum. It was more than a claim actually. Kurdish leader Masoud Barzani really did hold an independence referendum and won it. It could easily end up in the total dismemberment of Iraq as we know it.

According to the RAND Corporation, a research organization that “develops solutions to public policy challenges of communities throughout the world” (that is “nation building” in a mouthful) they are now doing it for Syria.

Syria’s problem starts with state terrorism and with proxy wars of terror sponsors. It already has a nation and a state system. Its honorable people are perfectly capable of restoring order when the terrorists and their puppeteers are gone. They proved it in the Jarabulus, Dabiq, al-Rai and al-Bab regions; and they are going to in Afrin.