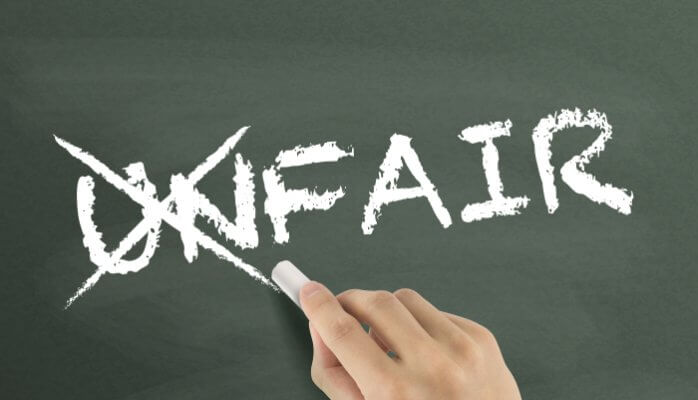 A large majority of Muslim practitioners will tell you, however, that the French media and elite, particularly the radical secularists and the French white-identity zealots, are missing important cultural and identity factors within minorities in France.

The on-going police investigation of renowned Islamic scholar Dr. Tariq Ramadan has acquired an enigmatic character that is leaving the audience confused. In the meantime the French media have found a narrative angle in the story line, which has become the Parisian talk-of-the-town. The breaking news of his indictment by the Parisian Judiciary Police on Feb 2nd exploded like a nuclear bomb among the local Muslim leaders with whom I spoke, and like a July 14th party in the media news rooms and his foes’ living rooms.

Dr. Ramadan has been charged with rape after he was accused by two women of sexual assault on vulnerable person, and rape and death threats last fall. He has been in jail since he was taken into custody and he has denied all the accusations. In light of the exponential rise of Muslim and Arab anti-sentiment, Dr. Ramadan is virtually the best hope as a Muslim thinker, eloquent orator and an intellectual leader for thousand of  voiceless Muslim practitioners in Europe.

A well known debater, articulate in French and English as acknowledged by the few Parisian intellectuals, Dr. Ramadan is a Swiss citizen (not French) of Egyptian origin, but the media insist on presenting him as a grand-son of Sheikh Hassen al-Banna, founder of the Brotherhood Movement in 1928. Some media analysts are lost in terminology, preferring to use Salafism/Jihadism and Brotherism/Islamism, elements of pejorative language, to portray Dr. Ramadan in one golden Salafist frame. Though the projects and the tactical aims of the two ideologies’ rivalries of post-legalization political Islam are like President Trump’s and President Macron’s world vision. The media, however did not have images of Dr. Tariq Ramadan as a handcuffed and lonely man appearing in the Paris Criminal Court, not yet! Like the one of Dominique Strauss-Kahn in New York City Criminal Court in Spring, 2011.

The Tariq Ramadan story in the French media is very like that of Casanova in Federico Fellini’s film. Dr. Ramadan has also been accused recently by two other women filing for sexual assault and rape, one of them in Washington, D.C. According to her attorney Ms. Rabia Chaudry confirmed to the al-Arabia English network the identity of the accuser as a Muslim culture scholar on a lecture tour of the U.S.

As the story keeps folding in the hands of the media and social media, one North African Muslim activist on social media in Paris compared Dr. Ramadan’s “women seduction & power” Affair to Strauss-Kahn’s because of ethnic bias and their faith. As a Jew Strauss-Kahn was only meters away from becoming the first Jewish French President, and Dr. Ramadan, a brilliant Muslim scholar, who excelled in revealing the French media arrogance posted on his Face-book page. Others are comparing Dr. Ramadan’s judiciary troubles to the Dreyfus’ “Treason Affair,” a Jewish French military officer, who was accused of treason during the French Third Republic.

Which draws an interesting parallel between the two stories, from Strauss-Kahn who was thrown out of the money-and-power heaven to the arena of media hell that Dr. Ramadan would inherit if convicted. Dr. Ramadan is already persona non grata in Qatar, a country that gave him a prestigious academic Center of Islamic Legislation and Ethics (CILE) to run. Like Strauss-Kahn he lost the IMF (International Monetary Fund), but unlike Strauss-Kahn he is not yet convicted of any crime, his followers and Imams reproach to the French judiciary system lack of integrity and the media’s rush to conclusion statements — whereas the French judiciary system protects the presumption of innocence. While Dr. Tariq Ramadan’s rape accusations and jail time continue to unfold, there is a Cabinet member under Premier Édouard Philippe, Mr. Gérald Darmarin, who is also facing a rape accusation, but he continues to hold his cabinet position and maintains full trust of his boss, President Macron, hence he is innocent until proven guilty.

Meanwhile Dr. Ramadan is jailed in Fleury-Mérogis Prison, Essone (91) in a Parisian suburb. He has been badly treated, including isolation, denial of phone calls, medicine, legal counsel, numerous lost documents and family visits. Accordingly his supporters have raised a sum of Euro 90K to cover his judiciary costs and have created a hash-tag: #freetariqramadan. His defense team have asked for his release for medical treatment, but the Parisian Appeal Court has denied their request twice, according to them, Dr. Ramadan suffers from sclerosis.

It is clear now the “conflictual” relation between the French media and Dr. Ramadan has become a political machination and societal pit. The media consider him a Muslim leader, who has a solid political and social base and constituency, like Malcolm X had in the U.S. One C-News chronicler, Ms. Florence Belkacem, predicted: “if he is convicted and jailed the “banlieue” riots will break out all over France’s cities.” Yet forty days have passed since he was arrested and jailed, and so far nothing has happened in the banlieue.

The large majority of the French media and Dr. Ramadan’s foes seem out of touch with the French Muslim communities and the so-called les cités (la banlieue), the alarmist assumption of the media portraying the Parisian and other large French cities’ suburbs like rebellious ghettos in Sweto during the Apartheid, Ghaza or Masrata in Libya. For instance, Éric Zemmour asked the French Army to go “liberate” the banlieue, and Élisabeth Lévy believes the Muslim and Arab residents of the banlieue are the origin of the French drama and malaise.

“The inhabitants of these neighborhoods don’t want to get assimilated with the French Republic and they are the incarnation of anti-white racism.” she said on C-News. Dr. Ramadan is the mastermind of the Islamization/Salafization of the banlieue and the anti-white racist instigator in his writings and speeches. Apparently Dr. Ramadan has been using a double language, one eloquent and rhetorical to the media and the elite in literary French, and one radical and dogmatic in Arabic. According to his opponents.

Yet do the media know that a dominant majority of what they call “les jeunes des cités” don’t speak Arabic? And even if Dr. Ramadan tried he needs to hire a graduate in Arabic language from al-Azhar University and a Maghreb colloquial language expert to interpret his words to the French-Arab population in suburbs. In short he is followed and only among the educated activists on social media and not really liked among the young where he is largely distanced by le Maestro Zizou (Zidane).

Fifty-two percent of the French believed when they heard Strauss-Kahn was arrested, handcuffed, leaving head-down in the police car, that he was set up or simply the victim of a conspiracy. Not that much of a percentage today for Dr. Ramadan among the French and Arab Muslims with whom I spoke, a minor group, who believe there is an ethnic fury against him.

A large majority of Muslim practitioners will tell you, however, that the French media and elite, particularly the radical secularists and the French white-identity zealots, are missing important cultural and identity factors within minorities in France. For instance, Muslims and Arabs are fully integrated and even assimilated despite their “Koranic” names like Mohammed and Fatima and are no longer just hard-working immigrants Chibani (an honorific appellation for elderly men in the Maghreb, used also for Dad).

Thus the continuing story of Dr. Ramadan’s judiciary troubles has touched on a sociological paradigm: the visibility of a new generation within the French Muslim & Arab  communities that wanted to be silent and invisible for so long. This goes back to the two French Moroccan sisters, high school students in 1989, the so-called “Islamic head scarf” affair, the “Burka” (Neqab) full-cover face affair, the “Burkini” in the swimming pools and beaches affair, “Halal meal in primary school canteen” affair.

Dr. Ramadan’s detractors found in his fragile egos and rational animal character to destroy the emergence of a new socio-political current of thought led by well educated

and thinker French and European Muslims becoming an audible voice to an audience that sees in multi-culturalism an asset for the Republic laws to thrive and sensationalism journalism and rejectionism to dwindle.