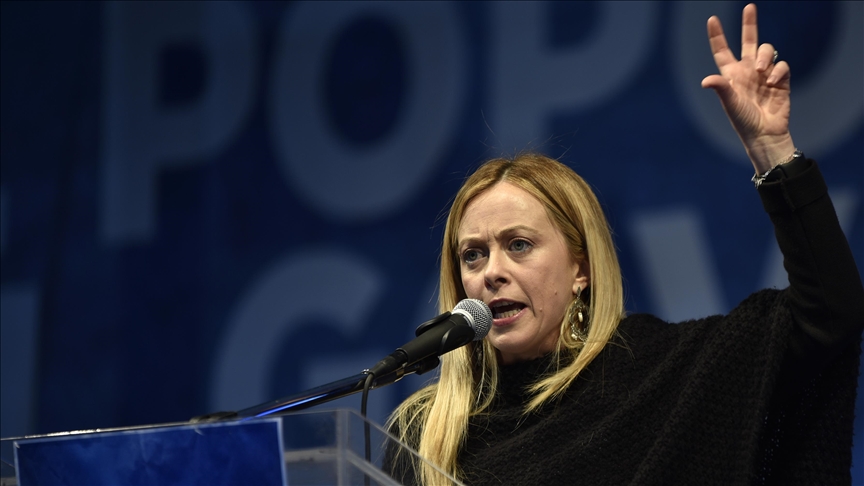 In her first speech after the vote, Meloni said Italians have sent a “very clear message” that they want a “center-right government led by the Brothers of Italy (Fdl).”

“This is the time of responsibility, the time in which if you want to be part of history, you have to understand what responsibility we have towards millions of people because Italy has chosen us and we will not betray it,” she said.

Meloni said she will serve all Italians if she forms a government.

Meloni’s FdI is expected to win the majority of votes. According to preliminary results by Italian news agency ANSA, it leads with 26.39%.

The right-wing alliance of the FdI, Matteo Salvini’s Lega party and Silvio Berlusconi’s Forza Italy is expected to obtain 43.64% of the vote, enough to guarantee control of both houses of parliament, ANSA reported.

Salvini said on Twitter that the alliance is “in clear advantage both in the House and in the Senate,” adding “it will be a long night, but already now I want to say THANK YOU.”

The center-left alliance led by Enrico Letta’s Democratic Party (PD) was well behind with 27.28%.

However, the PD is expected to come in second with 19.91%

ANSA also reported that voter turnout “was 64%, down by around 10 points from the 2018 election,” citing “non-definitive data released by the Interior Ministry.”

Meloni is set to become Italy’s first female prime minister, and the country will for the first time since World War II have a far-right leader.

Italy’s President Sergio Mattarella dissolved Parliament in July and called for an early election on Sept. 25, marking the end of the government led by Prime Minister Mario Draghi, which lasted about a year and a half.

Nearly 51 million people are eligible to vote in what could be a pivotal election, with over 4 million Italians living abroad having cast their ballots before Sunday.

Some 51% of the voters in Italy are women among a total population of 59 million.

Voters 18 and older will also be able to elect members of Parliament’s upper chamber, a first in Italian history which was made possible following the endorsement of Italy’s Senate. They could already vote for the lower house of parliament.

Türkiye respects its pivotal role between the East and the West
Greece turns seas into crime hubs.