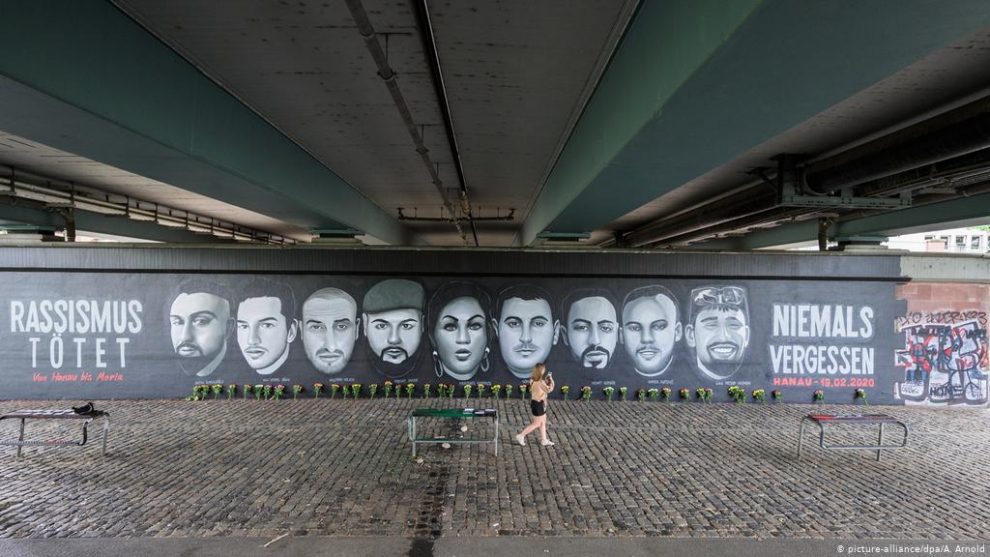 Cetin Gultekin who lost his brother in Hanau terror attack last year said Neo-Nazis had skinheads or certain type of dress code before but now they are beyond recognition because they are in Bundestag wearing ties. Gultekin’s remarks reflected ever increasing far-right sentiments in German mainstream politics as well as media in recent years.

It has been one year since a 43 years old German terrorist murdered 10 people of foreign origins in German city of Hanau. German chancellor Angela Merkel condemned racism once again during her speech on Saturday and said all those who wanted to live together peacefully in Germany would be united against the hatred of the racists. She also reminded that the government has taken some steps to combat racism and right wing violence in German society mainly pointing to the fact of setting up the Cabinet Committee. However, the committee has been criticized for consisting of only white Germans some of whom are notorious for xenophobic stance like interior minister Seehofer.

Victim’s families have been mourning their loved ones but their own lives have been threatened by far-right extremism in Germany. “We used to see far-right murders on news. We never thought it was so close to every one until it hit us,” said Gultekin. Neo-Nazi German party AFD has become the second largest party in Bundestag as Germany’s junior coalition partner, CSU has also adapted the far-right political discourse. Interior Minister from CSU, Horst Seehofer has infamously said that Islam has no place in Germany.

Last week, German media reported that Hanau terrorist’s father has insulted the families of the victims. Prosecution launched an investigation into the tragic event only after it was exposed. The 73 years old father of the Hanau terrorist has been described by neighbors as “ticking bomb.”

German SPD Bundestag member, Helge Lindh, last week said Muslims in German are considered a security threat but their own lives have come under threat in recent years. Experts predict that Germany’s extreme far-right issue would only grow in post-Merkel era.