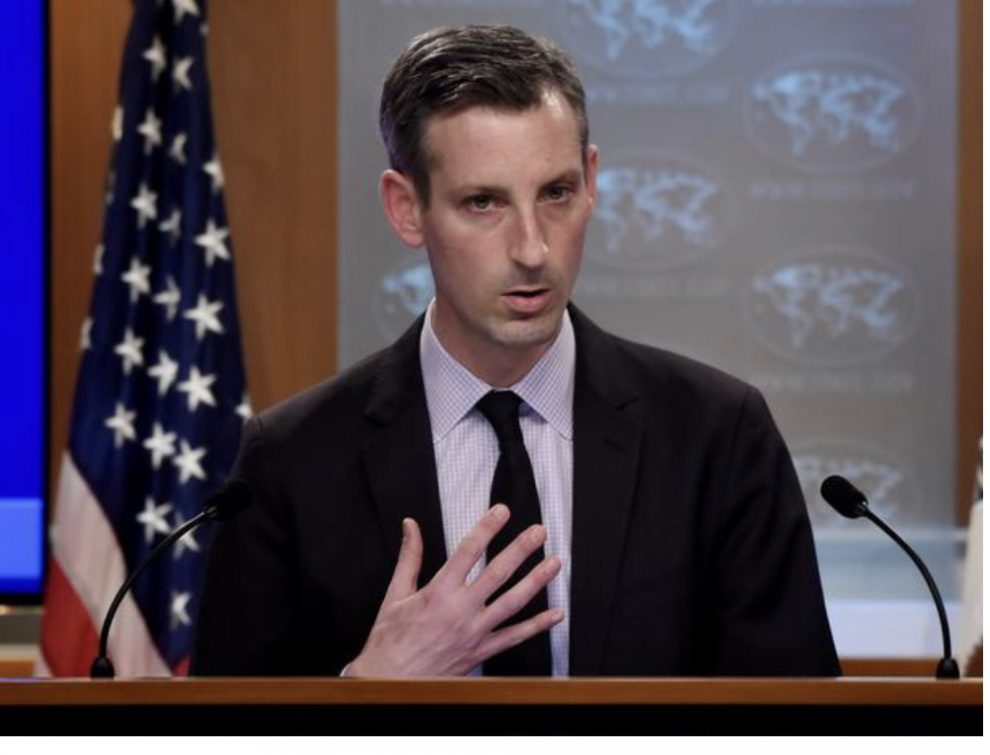 Terrorist PKK executed 13 Turkish citizens during Turkey’s military operation into northern Iraq to rescue them. The United States State Department has condemned the killings but the dubious language in its statement drew reactions from Turks.

“The United States deplores the death of Turkish citizens in the Kurdistan Region of Iraq,” U.S. State Department spokesman Ned Price said in a statement.  However, the statement continued “If reports of the death of Turkish civilians at the hands of the PKK, a designated terrorist organization, are confirmed, we condemn this action in the strongest possible terms.” It was not immediately clear if the statement was questioning the confirmation of death or terrorist PKK being the perpetrators of the murders.

Sources close terrorist PKK have spread a propaganda that the Turkish army has murdered the 13 people. In Reuters report, State Department’s statement was interpreted in line with terrorist PKK’s discourse. “If reports that the PKK was responsible were confirmed,” Reuters interpreted the statement.

Several journalists reacted to US State Department Spokesperson Ned Price on Twitter after he posted the scandalous statement. Turkish people condemn the US for questioning who was responsible for the killings despite Ankara explicitly announcing that terrorist PKK carried out the executions. No official reaction has yet been made by Ankara.

Joe Biden has appointed Brett McGurk as the National Security Council’s Middle East and North Africa coordinator. McGurk is seen as the mastermind behind terrorist YPG’s legitimization in Syria. YPG has been recognized by several US officials as well as in CIA reports as the Syrian offshoot of PKK, which has been designated as a terror group by Washington.