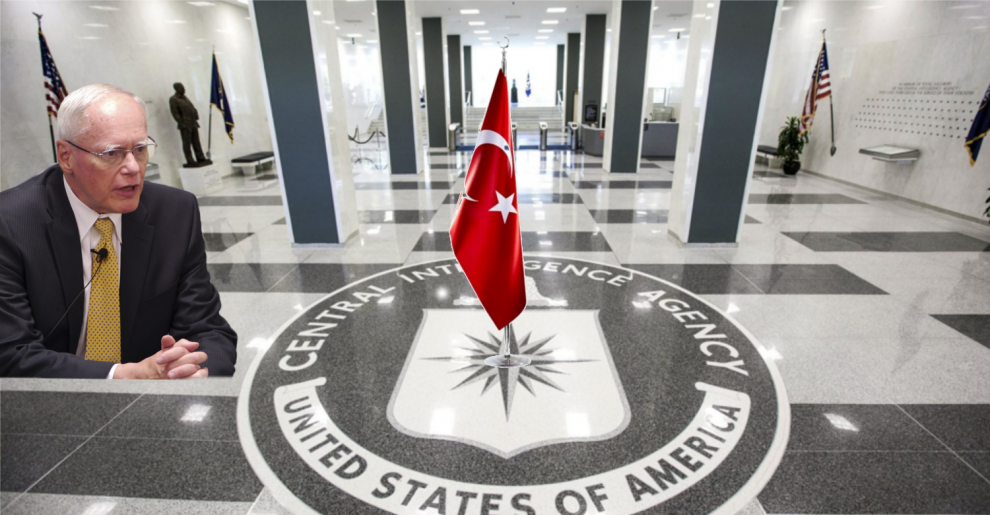 James Franklin Jeffrey was George Bush’s ambassador to Turkey. Obama kept him in this position until he replaced him with Francis Ricciardone. Ambassador Jeffrey is an infantry officer by profession; he is a history major and received his MBA in 1977 and then he joined the U.S. Foreign Service. He became deputy national security adviser in 2007 and was sent to Turkey as an ambassador. From Ankara he was transferred to Baghdad. He is now a member of the CIA External Advisory Board, a visiting fellow at the Washington Institute for Near East Policy, and he appears on television programs and writes for Foreign Policy magazine.

In his recent article, Jeffrey tries to make his readers believe that the alliance between Turkey and the U.S. is close to crumbling because of issues that are dividing the two countries. This list consists of (in his own words):

3. The arrests of U.S. citizens and Turks employed by American missions

4. Ankara’s co-opting “jihadis” as allies in the Syrian fight

According to Mr. Jeffrey, this load of issues will sink the ship soon; some people in Washington are strongly tempted to throw this alliance into the sea instead of trying to mend it. Then, the U.S. should impose on Turkey for its actions.

You can pose hundreds of questions about the validity of these observations Mr. Jeffrey makes here. The constitutional change from the parliamentary to the presidential system can be anything but “Putinesque.” Turkish people overwhelmingly gave its consent to the system change. It was not a government decree; it was not a communique. It was a referendum overseen by the judiciary and observed by tens of governmental and nongovernmental organizations from all over the world including those from the U.S. and Europe. It has not gone into effect yet! It will after the new general election of a new president in 2019. So, current President Erdoğan has not assumed those powers that the future president will have after the election.

May Jeffrey give one, just one, example of Putinesque consolidation of power? Again, may he please explain how the president in Turkey can disregard human rights! There is cabinet of ministers under the prime minister and they all function according to the law. There are administrative and constitutional supreme courts which can overturn and rule, actions or laws that disregard human rights. Human rights are under the protection of the constitution in Turkey just like the U.S. Constitution, almost verbatim

On the one hand you accuse the Turkish president of disregarding the laws and rules, and on the other hand you ask him to release the U.S. citizens and Turks that have been arrested lawfully. How can Erdoğan or any other law-respecting president, prime minister or minister ask the courts to release these lawfully arrested people? Can President Donald Trump ask Judge Richard M. Berman to release Hakan Atilla of Halkbank from jail in New York City?

Again, if Jeffrey thinks the truth of his statements is an important aspect of his credibility, could he please show his readers one, just one, proof that the Turkish government appointed a jihadi group as its proxy in Syria—no matter how he defines jihadis?

All these issues of consolidation of power, disregard for human rights, arrests of U.S. and Turkish citizens and co-opting of jihadis are nonsense and Jeffrey knows it. The real contentious issues are at the end of his list: Turkey’s cooperation with Russia and its purchase of a Russian air defense system.

Bush Neocons and Jeffrey – who is one of them – want to destroy Russia and Iran, and Turkey’s cooperation with these two countries is the only obstruction in doing so. Mr. Jeffrey mentions Turkey’s help as crucial in destroying a growing Russian-Iran alliance specifically.

Pity on the American institutions that would value this ill-willed guidance.

Blaming Muslims for Killing Britain’s Multiculturalism
Genocide In Bosnia: A Warning To Muslims In The West
Comment