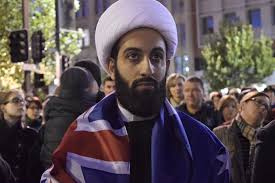 Just over a decade ago and before becoming Prime Minister, David Cameron announced that integration was a ‘two-way street’ and that Britain could become more united if it acknowledged and valued its inherent diversity. Shortly after becoming Prime Minister, Cameron – in line with Angela Merkel and Nicholas Sarkozy at the time – changed his approach, declaring multiculturalism to be ‘dead’ on the basis that it was alleged to allow minority communities to live separate lives and thereby be prone to various forms of extremism. Citing terrorism, forced marriages, female genital mutilation and various others, it was made clear to a watching public that it was Britain’s Muslim communities that had killed the country’s multiculturalism.

Since then, little has changed except that the Government’s stance has become increasingly hardened and by consequence, Muslims have become increasingly blamed. This was evident in last year’s consultation into opportunity and integration. Commissioned by the Government and led by Dame Louise Casey, aside from asserting that integration was not a two-way street – instead, that there was a moral onus on minorities to integrate into ‘our’ society – she too took aim at Muslims, conflating criminal acts with a somewhat bizarre interpretation of shariah law. This month, the Government published its formal response to the consultation and unsurprisingly, Muslim communities again came under scrutiny.

First was the announcement that everyone needed to learn and speak English. This has been something of a recurrent theme. Back in 2016, Cameron threatened to deport Muslim women who fail English language tests after coming to the UK on spousal visas. Under new guidelines, Cameron announced that these same women would be required to pass an additional English language test after two years at which time they will have to show an ‘improvement’. It was alleged that at the time, this was necessary because Muslim women would be able to reform Islam[1]. This month, the Government sought to evidence its latest demand for more people to speak English by announcing that in England and Wales, around 770,000 people do not speak English ‘well’ (which is quite different to not speaking English at all). Working on the latest Government figures that the mid-2016 population of England and Wales was 55,268,100, this means that only 1.4% of the population does not speak English ‘well’. That 98.6% of the population does then speak English ‘well’ would therefore suggest that most people have integrated pretty well into the country.

Second was the issue of segregation and as before, the notion that British Muslims do not want to be a part of British society. Placing a particular emphasis on residential and school segregation, the response called for more meaningful social mixing be that through school twinning or maximising the relevance of libraries and community hubs among others. Given the substantial cutbacks to libraries and community services in recent years, it seemed that the Governments own recommendations were redundant even before activation.

In fact much of the Government’s response about segregation was far from new. Regurgitating and rebranding the now defunct community cohesion agenda that emerged out of a series of reports into inter-ethnic disturbances in towns and cities in the north of England in 2001, the underlying message of the latest iteration of this largely echoes that of the Cantle report and its inference that some minority communities are not only living ‘parallel lives’ but are actively wanting to. Segregation therefore is blamed squarely on the communities rather than it being causal or consequential of poverty, deprivation or any other social issue that one might care to put forward.

and which is rife in almost all the areas the Government identifies as being problematic. In line with integration no longer being a ‘two-way street’, it is ‘them’ rather than ‘us’ that need to take responsibility.

One of the areas identified as being segregated and thereby problematic is Birmingham. One area in particular is Sparkbrook where just over fifty years ago, sociologists John Rex and Robert Moore undertook – at the time – a quite ground-breaking programme of research. Becoming what is probably the most cited sociology book of all time, “Race, Community and Conflict: a study of Sparkbrook, Birmingham” evidence the area as one that was made up of close-knit minority communities that between them provided social, political and economic support. Challenging the view that Sparkbrook’s minority communities were segregated – and had indeed chosen to – Rex and Moore argued that rather than it being the minority communities choice it was instead class, welfare provision and socio-economic inequalities that kept people apart.

Having been based in Birmingham where I have been engaged in research for almost two decades, over the past year I have engaged more than 200 young ‘Brummie’ Muslims almost all of whom were not only born in so-called segregated areas of the city but also grew up and continue to live in them. Having spoken to these young people about such things as identity, belonging and home, it is striking just how much warmth they express these so-called problem areas. Like any of us, these young people have strong emotional bonds to these areas because for them, that is their ‘home’. ‘Home’ for them is not Pakistan, Bangladesh, Somalia or indeed anywhere else in the Muslim world, it is Birmingham and Britain. Of those engaged, they routinely speak about how they – like many the rest of ‘us’ – engage and interact with the city, the country and its inherent diversity in myriad ways. As the sociologist Paul Gilroy put it, those of us who inhabit the diverse urban spaces routinely experience ordinary, lived encounters of everyday multiculture. Meaningful social mixing is already taking place, you just need to look for it.

While so, those same young Muslims do not feel that they are likely to succeed in contemporary British society. When asked what they believe is preventing them, most speak of concerns about employment, housing and the ever-increased scrutiny they encounter through ongoing securitisation. If the Government is therefore truly committed to tackling integration as a means of ensuring a more integrated, fairer and equal society for all, it is these issues and the underlying causes of them that require the most urgent attention. It is time to stop blaming and scapegoating Britain’s Muslim communities as indeed it is hiding the most pressing social ills behind smokescreens of speaking English and self-segregation.

IN GERMANY, POLITICAL OPINION GETS YOU FIRED OR PREVENT FROM RECEIVING MEDICAL CARE
Neocons like Jeffrey target Turkey, but why?
Comment