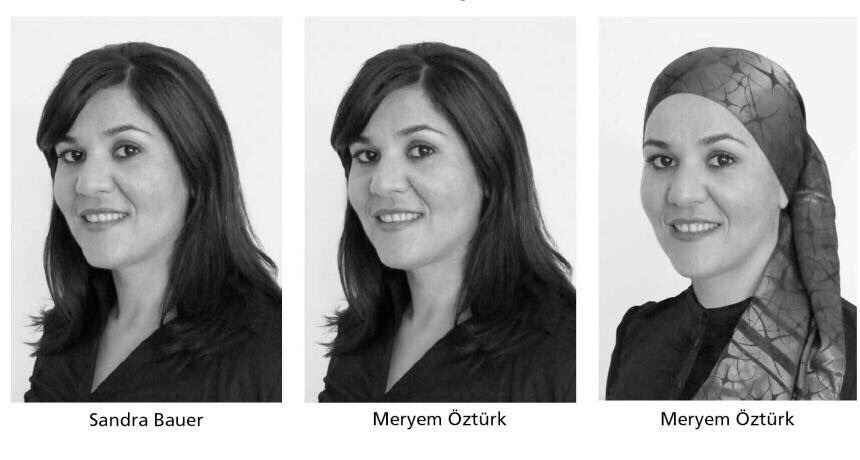 When Austrian Linz University published the result of its research back in 2016 on discrimination against Muslim Turkish women during job searching, it pointed out an important problem. The experimental study found out that a woman with a Turkish background has much less chance of being hired comparing to a German one. And if the woman wears headscarf, the results are just catastrophic. The study highlighted an important discrimination issue but it is far from assessing the real racist policies in Germany. What Linz University found out was only the tip of the iceberg.

32 years old Murat Sahin was born and raised in southern Germany near The Swiss border. After completing his higher education in engineering, he got hired by a German company that produces automotive parts world wide. Being hard worker and skilled, Sahin climbed quickly in the ranks of the factory. After working for a couple of years, his hard work paid off and promoted as a head of a department. He was in charge of almost 100 people. Everything went smooth for a couple of years. Until the factory administration found out about Murat Sahin’s political opinion.

Turkish president Recep Tayyip Erdogan rallied for a constitutional referendum in Turkey to change the governing system. As a German citizen with strong Turkish roots, Sahin also had his opinion on Turkish politics. Referendum in Turkey was held on April 16th of 2017. And Sahin campaigned in Stuttgart for a yes vote to bring about a constitutional change in Turkey. Yes would mean switching from prime ministerial administration to a presidential one which would mean Erdogan could run for another two consecutive term. That is when the problems at work place started for Murat Sahin.

“They put copies of of my facebook posts on the table. Posts about supporting the yes vote in Turkish referendum and supporting Erdogan. They said they were very disappointed with my political activities,” said Sahin. He was asked to drop out from his activities which he answered no upfront. Erdogan managed to changed the constitution and Sahin received dismissal notice a couple weeks later. “I was told that i was being fired because of my incompetence but it was just a pretext. I was very good at what I do. That is the reason why I was promoted to head a whole department at a such young age,” said Sahin. He was not sad at all. He found another job right away but that does not cover up the institutional racism issue in Germany.

Racism in Germany is not limited to work places. Turks are the biggest victim of it and have to experience it in every aspect of their daily lives.

18 years old Ufuk Altunok is barely fluent in Turkish. He watches Turkish soaps on internet. Lately, he has plenty of time to do that because his incurable disease prevents him from attending school. Ufuk was admitted to a hospital in Mannheim again last week after his condition deteriorated. After a couple of days, he was transferred to another room which had hygiene problem because of other two older patient and Ufuk wanted to change his room. His father forwarded the requested to a nurse who called on to the chief physician of the hospital, Dr. Daniel Schmitz.

“When I said ‘Doctor, please help us. This kid doesn’t want to stay in this room,’ he told me ‘Go to Turkey, [President Recep Tayyip] Erdoğan can take care of you there,” said Ufuk’s father Niyazi. After the xenophobic slur which involved Turkish president’s name, the family decided to call the police. But the police only joined doctor’s racist rhetoric. “This is not a hotel this is a hospital,” one of the police told Ufuk who could barely stand up because of his condition. Ufuk was born and raised in Germany but recalls the doctor saying to him “get integrated.” “I told him that he should get integrated and if he was a normal human being he would never act like this,” says Ufuk.

The family eventually were discharged from the hospital after facing racism from both the doctor and the police. Niyazi hired a lawyer to pursue his legal rights but what he did not think of is the very institutions that were supposed to protect their rights were involved in violation.

Institutional racism is a growing problem in Germany. Last year, a UN rights panel highlighted racial profiling against African descent in Germany but never mentioned Turks facing racism everyday. As for the 18 years old Ufuk Altunok, he now considers to go to Turkey to search for a cure after reading the story of a Irish boy being treated in Turkey.