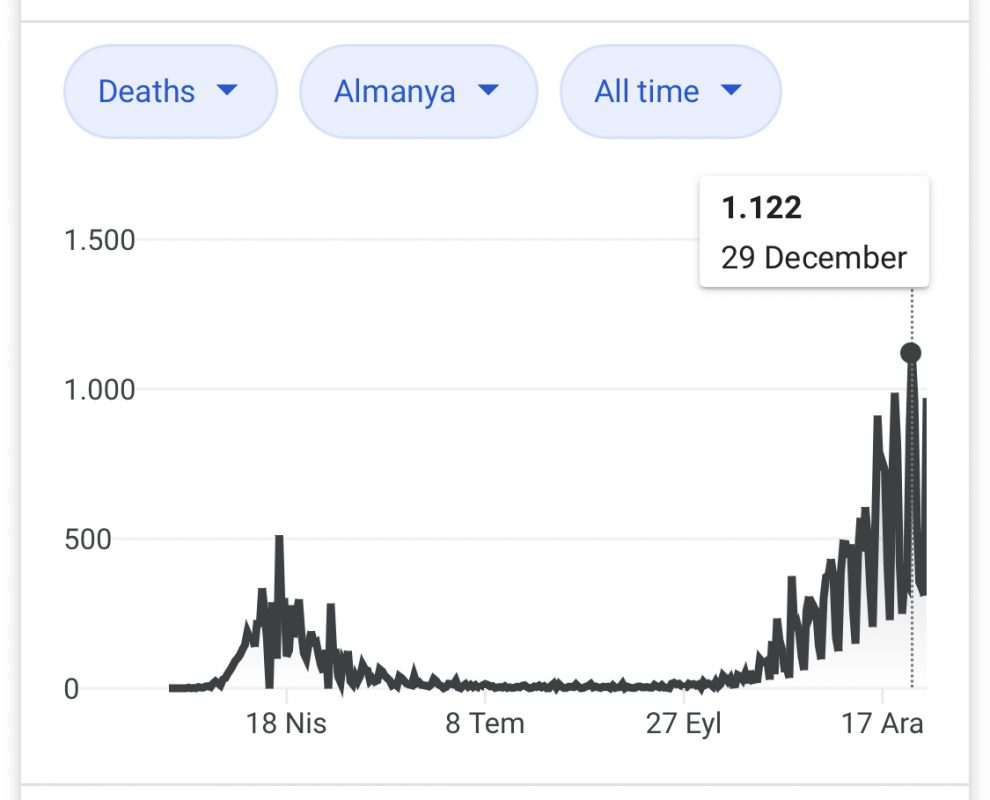 When Angela Merkel took the stage in Bundestag couple of weeks ago to beg the Germans to stay home and adhere the coronavirus rules, it made her look rather week. Germany had been portrayed by several prominent western media as the most successful country in coronavirus fight. But how bad could the situation be that forced the purported leader of the west to literally beg her own citizens.

As one of the deadliest and the last month of 2020 wrapped up, figures showed most countries suffered larger coronavirus calamity during the so-called second wave. Germany’s death numbers stood out more as to indicate Berlin has hid the real figures. Germany recorded in 9 months between March-November 16.248 coronavirus deaths. In December alone, however, Berlin reported that 16.823 died of coronavirus. Striking jump in death numbers strongly suggested that the German government may have been manipulating the coronavirus toll. Even countries like Italy and Spain whom literally failed the coronavirus fight have not witnessed such jumped in death figures as Germany has.

Examining the death numbers chart would give an idea over how the numbers suspiciously jumped in Germany. Casualty numbers in Italy have made a U-shape figure as the number of death in recent months went back up to the spring figures when the coronavirus first hit the country. Spain has not even seen the death numbers going as high as the earlier figures other than a single day where it registered 1,623 deaths on November 4th. Meanwhile, Germany reported mire death in December than all those combined in previous 9 months.

German federal and state governments officials to meet on Tuesday to decide how much longer to extent the current lockdowns. Figures suggest that Berlin will have to continue with current strict measures for at least another month. Meanwhile Angela Merkel’s governing partner, SPD lashed out on Health Minister Jens Spahn. Lars Klingbeil, secretary general of SPD, said it was unacceptable to have not enough coronavirus vaccines in Germany where the vaccine was actually developed. Several politicians reacted to Klingbell for criticizing the “coronavirus government.”