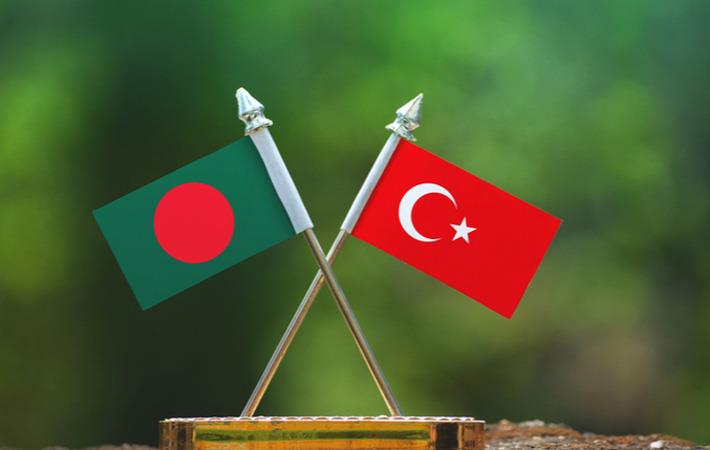 Bangladesh officially known as the People’s Republic of Bangladesh is a country in South Asia. It is the eighth- most populated country with the third most Muslim majority in the world. With its GDP of $275 Billion as of December 2020, Bangladesh has the 7th fastest growing economy in the world. Due to its location in the Indian Ocean basin, cyclones have had a ruinous impact on the country, often impeding economic development.

Relations between the Turkish and Bengali-speaking people have strong historical and cultural roots dating back to the late Ottoman period and decades before the founding of the People’s Republic of Bangladesh. The Muslims of South Asia, including the Bengalis, supported Turkey during the First World War (1914-1918) and the Turkish War of Independence (1919-1922) by sending whatever they had in jewellery and money. Bangladeshi people love many TV series such as Dirilis: Ertugrul, Sultan Suleiman, Payitaht: Abdülhamid, Fatih. It is my hope that the brothers and sisters in Turkey spend more effort introducing us to more of the Ottoman past.

Turkey officially recognized Bangladesh on the 22nd of February 1974. The Turkish Embassy in Dhaka was opened that same year, while the Embassy of Bangladesh in Ankara became operational in 1981. After establishing diplomatic ties, Ankara-Dhaka relations flourished. Bangladesh became a diplomatic ally of Turkey in international affairs. Turkey provided technical and financial assistance to Bangladesh during its state-building process and the creation of a stable and sustainable national economic system. Dhaka was a staunch supporter of Turkish rights on Cyprus during the 1970s and 1980s. Dhaka has always supported Azerbaijan’s territorial integrity and expressed solidarity with Baku in the recent Karabakh victory as well.

Turkey’s trade ties with Bangladesh have grown rapidly in recent years and annual bilateral trade volume has reached about $1 billion over the past decade. According to the Turkish Statistical Institute, two-way trade reached $953.8 million in 2019. Recently, Bangladesh has purchased Turkish made military equipment like LAV, MRAP (OTOKAR), MLRS (TRG-300 Kasirga), Air defense (HISAR O), T129 helicopters, Large Patrol Craft (LPC), and Submarine Search and Rescue Vessels, etc. The textile industry has been a lucrative source of bilateral trade, as the Turkish carpet industry relies extensively on Bangladeshi jute. There is a great potential for bilateral trade to reach $3 billion in the coming years.

Turkish President Recep Tayyip Erdogan is an icon in Bangladesh. He is the only brave person who can defend the rights of oppressed Muslims. In any corner of the world, i.e., Palestine, Kashmir, Rohingya, and Karabakh, where Muslims are oppressed, President Recep Tayyip Erdogan tries to protect them. He is known in my country as the Sultan and Khalifa of the Muslim world. Recently a Gallup International survey said Turkish President Recep Tayyip Erdogan is the most popular Muslim political leader in the world. We in Bangladesh appreciate his struggle for the unity of the Ummah. The Muslims of the world now look up to Turkey as their leaders. The Organization of Islamic Cooperation (OIC) should be moved from Jeddah, Saudi Arabia to Ankara, Turkey so it can address the problems of world Muslims actively.

Since the eruption of the Rohingya Crisis in 2017, millions of Muslims fled the genocide in Myanmar and came to my country. We are grateful for Turkey’s full support for Bangladesh in this matter. Turkey’s development assistant TIKA conducted activities in Rohingya camp in Cox’s Bazaar. In 2017, TIKA quickly set up a kitchen for those who were placed in these camps and distributed hot meals to 25,000 people every day.  Recently TIKA distributed 5,000 food parcels containing flour, sugar, chickpeas, dried fish, potatoes, garlic, and turmeric to approximately 25,000 people living in Refugee camp 16 in Cox’s Bazar, Bangladesh. Turkey’s first lady Mrs. Emine Erdogan also visited the Rohingya Camp in Cox’s Bazar.

We hope that bilateral relations, in economic, military, and particularly cultural sectors through exchange programs, grow even more.