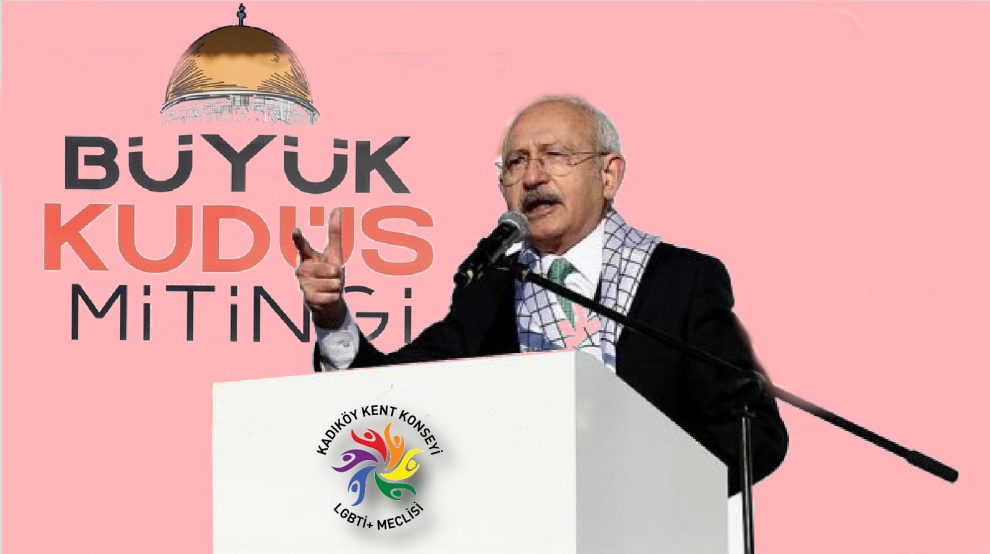 Turkish main opposition Republican People’s Party or better known by its Turkish acronym CHP has always represented mainly the secular elites of Turkey. That is why CHP mostly hovers around 25 percent threshold in general elections and never managed to become the ruling party on its own. Up until last decade, CHP did not even have a such objective, only pursued status quo, experts say. But a magic hand has been trying to transform CHP from a small marginal leftist party into a center one for sometime. CHP has been putting on a serious effort to end 2-decades-long Erdogan era by appealing all ends of political and social spectrum including LGBT community as well as Islamists.

CHP head Kemal Kilicdaroglu whom took over the party after a leaked sex tape of its long time president, held a video conference with the members of Young Imam Hatip Association on Thursday. Imam Hatip schools has been established to train Imams for mosques and CHP traditionally campaigned to close them down citing that schools has turned into a threat to secularist system in Turkey. However, Kemal Kilicdaroglu has taken steps to switch this perception in order to appeal to conservative voters in recent years. During Thursday’s video conference, Kilicdaroglu said Imam Hatip schools have been great importance to the public. “Every society has religious values and religious values matter and those values have to be conveyed to the public by competent people,” Kilicdaroglu said in support to the young Imam Hatip students.

Video conference was only the latest step of series of actions taken by leftist-secular CHP to appeal conservatives. Kilicdaroglu and his controversial Istanbul mayor attended Palestinian support meeting in Istanbul back in February. Conservatives circles grilled CHP for hypocrisy while its core voter base preferred to look away. “It is all part of an attempt to appeal to conservative voter base because CHP knows without conservative votes it is impossible to beat Erdogan has been running Turkey for almost two decades,” said Murat Sari, a sociologist focused on political studies. CHP tries hard but it just does not fit though, Sari says. “The real question is whom turned die-hard secular CHP into this mentality,” Sari stressed implying the party is being designed against its founding codes.

CHP’s attempt to appeal opposite ends of political spectrum is not limited to conservatives. It formed an alliance with ultra-nationalist Iyi Party whose leader Meral Aksener is notorious for her crackdown on Kurdish dissidents while she was Interior Minister during infamous 90s.

Positioning in the very center and appealing opposite ends of the political spectrum creates a real dilemma for CHP. Its municipalities does not refrain from supporting LGBT initiatives with public funds especially in large cities like Istanbul. CHP-stronghold Kadikoy municipality’s City Council openly organizes events to support LGBT activities. On April 23rd, a LGBT activity involving children drew harsh criticism from conservative circles. Namik Dundar, a 42 years old teacher with religious backgrounds says he indeed voted for CHP during local elections in Istanbul but now regrets. “I thought that CHP was a victim during the elections but now I see that this party is cheating us,” Dundar said.

CHP’s new strategy worked quite well during local elections and ended a quarter-century long AKP rule in Istanbul and Ankara. However, sociologist Sari believes that stretching all the way from LGBT to Islamist voter base, from nationalists to pro-PKK circles will certainly backlash and only rivet Erdogan’s power.

Cyprus: Problem Solved!
Turkey to the UAE: Know your place