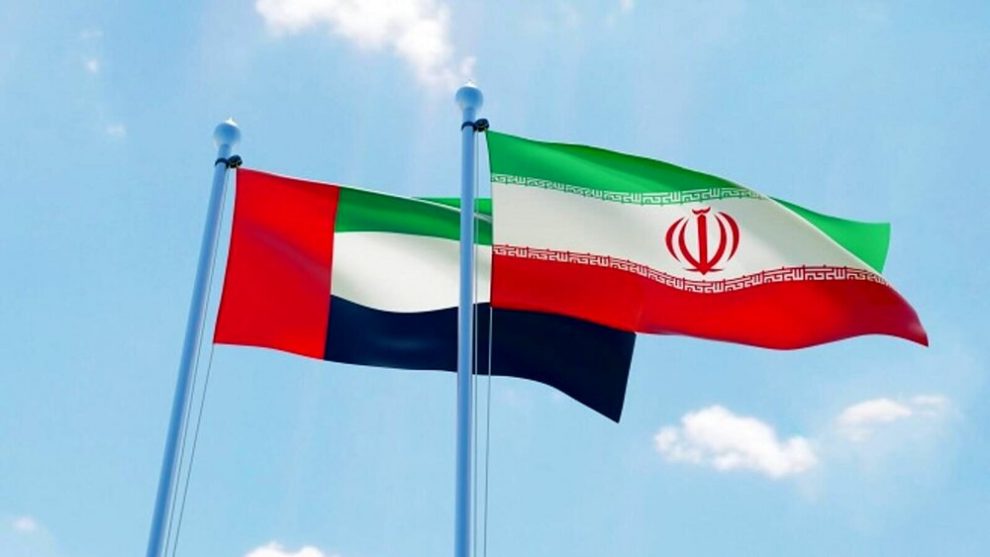 Increasingly, compliance with US sanctions against Iran could emerge as a litmus test of the United Arab Emirates’ close ties to the United States.

At the sharp edge of a potential rift between the allies is a reportedly recently concluded agreement by a private UAE company to build gas-fired thermal, solar, and wind power plants with a total capacity of 300 megawatts in Iran’s hydrocarbon-rich province of Khuzestan.

Established in 2020, AJ Holding, the Dubai and Fujairah-based company, could not be reached for comment. The company website claims, without further detail, that its portfolio includes some 600MW of wind and solar power projects in Eastern Europe, the Baltics, and the Far East.

The deal was signed as the United States warned that it would toughen enforcement of sanctions if multilateral talks in Vienna aimed at reviving the 2015 international agreement that curbed Iran’s nuclear programme failed.

A US delegation expects to visit the UAE, a major Iranian trading partner, this week to warn banks, petrochemical firms, and other companies that US authorities have evidence of their non-compliance with sanctions and that they could be penalized.

As the Vienna talks took place, Anwar Gargash, UAE President Khalifa bin Zayed’s diplomatic advisor, asserted that he did not “see further sanctions as a solution …There are already enough sanctions on Iran,” he said. At the same time, Mr. Gargash described the United States as the UAE’s “number one strategic ally.”

The United States has expressed support for the UAE’s diplomatic outreach to Iran that began in July 2019 after the US failed to respond to attacks on oil vessels off the coast of the Emirates, for which the Islamic Republic was believed to be responsible.

“We welcome any direct talks that lead to greater peace and stability in the region,” said US deputy assistant secretary of state for Iran and Iraq Jennifer Gavito.

“I expect that Iran will make demands which would be very difficult for the UAE to accommodate. They would be asking…to use UAE financial institutions to trade with the world. The UAE needs to find out for itself if it wants to help the IRGC (the Islamic Revolutionary Guards Corps) evade and bypass US sanctions to protect itself against potential future attacks,” said Iran scholar Ali Alfoneh in a recent webinar that was part of this year’s UAE Security Forum hosted by the Arab Gulf States Institute in Washington (AGSIW).

Mr. Alfoneh was referring to fears that Iran could target the UAE and Saudi Arabia in a possible military confrontation with Israel and/or the United States should the Vienna nuclear talks collapse.

The United States and the UAE are negotiating final details for the US$23 billion sale of F-35 fighter jets that would make the Gulf state the only Middle Eastern nation except for Israel to operate America’s most advanced stealth warplane. Earlier this month, the UAE agreed during a visit by President Emmanuel Macron to a $20 billion deal to purchase 80 French Rafale fighter planes.

“Officials in Abu Dhabi and (especially) Dubai are fully aware of the damage that would be caused to their brand as (relatively) stable hubs in an otherwise insecure region should the pattern of attacks seen in 2019 continue and/or escalate,” said Gulf scholar Kristian Coates Ulrichsen. Mr. Ulrichsen was referring to attacks on shipping in the UAE and Saudi oil facilities for which Iran was believed to have been responsible.

The UAE’s outreach to Iran amounts to a questionable bet that detente, against the backdrop of sustained social unrest driven by economic hardship, will induce the government in Tehran to modify its policies.

“What we’re hoping for is regime moderation…where we’re dealing with Iran as another state that we can deal with viably, and they can benefit from.  So, if they need leverage, they can get leverage, but it doesn’t have to be through military aspects… That’s the type of change that has not been explored a lot,” Mohammed Baharoon, the head of the Dubai Public Policy Research Center, said in the AGSIW webinar that also included Mr. Alfoneh.

Mr. Gargash expressed hope in his remarks to the security forum that Iran would respond to the “new environment” that the UAE and Saudi Arabia were trying to create. He suggested that Iran could signal its interest by helping achieve a ceasefire in the debilitating almost seven-year-long war in Yemen.

The UAE bet is that Iran, like the Gulf, will accept that to survive in the 21st century, autocratic regimes need to deliver public goods and can no longer depend primarily on a repressive security state. For Iran to do so, it needs a lifting of the sanctions.

Similarly, the bet further presumes that Iranian minority voices that argue that improved relations with Gulf states require a resolution of the nuclear issue and a lifting of US sanctions will resonate with policymakers In Tehran.

Majidreza Hariri, head of the Iran-China Chamber of Commerce, recently cautioned that Iran was at a trade disadvantage as long as the sanctions were in place.

“Our status is weakening daily … because when we’re absent from the international trade energy arena, our competitors in the Persian Gulf’s southern region take our place, and when they sell more oil to China, they’re obliged to buy more merchandise from it,” Mr. Hariri said.

Esfandyar Batmanghelidj, who heads the London-based Bourse and Bazaar think tank and is a visiting fellow at the European Council on Foreign Relations, noted that Iranian imports from the UAE projected at $12billion in 2021/2022 were set to exceed pre-2018 levels by March of next year, the end of the Iranian calendar year. The UAE is a major hub for re-export to Iran.

Mr. Batmanghelidj suggested that Iran’s increased spending power in the UAE was enhanced by oil sales to China in violation of the US sanctions that are mediated by the Emirates as well as Malaysia.

The AJ Holding energy deal, if confirmed, would, at the very least, grant Iran a symbolic victory, a contract with a company from a country closely allied with the United States that would snub US sanctions.

The UAE is unlikely to snub the sanctions that blatantly. More likely is that the contract is a further indication to Iran of what would be possible if it did its part to get US sanctions lifted. It’s a message Tehran has long been aware of but has so far refused to heed. So, the question is whether anything has changed from Iran’s perspective. There is no indication that something has.