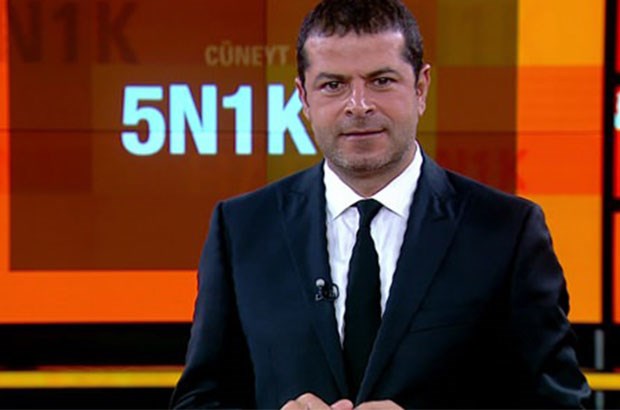 Turkish journalist Cuneyt Ozdemir has been threatened by fugitive members of Gulent cult after he hosted a former rear admiral on his show who invented a project to determine the possible crypto Gulenists within Turkish army.

“If anything out of ordinary happens to me, like an assassination, discrediting my reputation or an absurd court order, it would be because of this interview,” said Ozdemir on Twitter after sharing link to his Youtube show in which he hosted former rear admiral Cihat Yayci.

Yayci is known for a model he designed, called “FETÖMETRE,” which outlines dozens of criteria to determine the possible crypto Gulenists within the ranks of Turkish Army to prevent them from being promoted. Gulenists have infiltrated Turkish armed forces as well as other vital Turkish institutions clandestinely for decades. The organization attempted a coup d’eat in 2016 to topple the government.

Several members of Gulen cult referred Yayci’s model as a “genocide” according a Turkish daily while prominent fugitive Gulenists took on Twitter to threaten both Yayci and journalist Cuneyt Ozdemir. Tarik Toros, editor in chief of a former Gulenist newspaper said on Twitter that this interview is recorded and will be hold against them when the time comes.

“Gulenists have gone berserk about our show where I had Cihat Yayci,” said Ozdemir in a video. Gulenists have serviced a doctored version of video to discredit Yayci and a coordinated attacks followed on social media. Several Gulen-related accounts shared the edited version of Yayci’s explanation of how his system worked to discredit and claim that it was nothing but a witch-hunt on innocent people. “We have witnessed this type of attacks from Gulenists hundreds of times over and over,” Ozdemir said.

Yayci’s so-called “Fetometre” aims to cross check several criteria to make sure no one falsely accused of being a Gulenists. Gulen cult members have operated in total secrecy with a long term clandestine goal to take over the country which makes it almost impossible to determine who is a Gulenist and who is not.

Journalist Cuneyt Ozdemir has 7 million followers on Twitter and his daily Yourube shows are watched by tens of thousands of viewers .

Morea Genocide: Slaughtering of 40 Thousand Turks that Paved the Way for Greek Independence
Turkey to Send a Delegation to Xinjiang