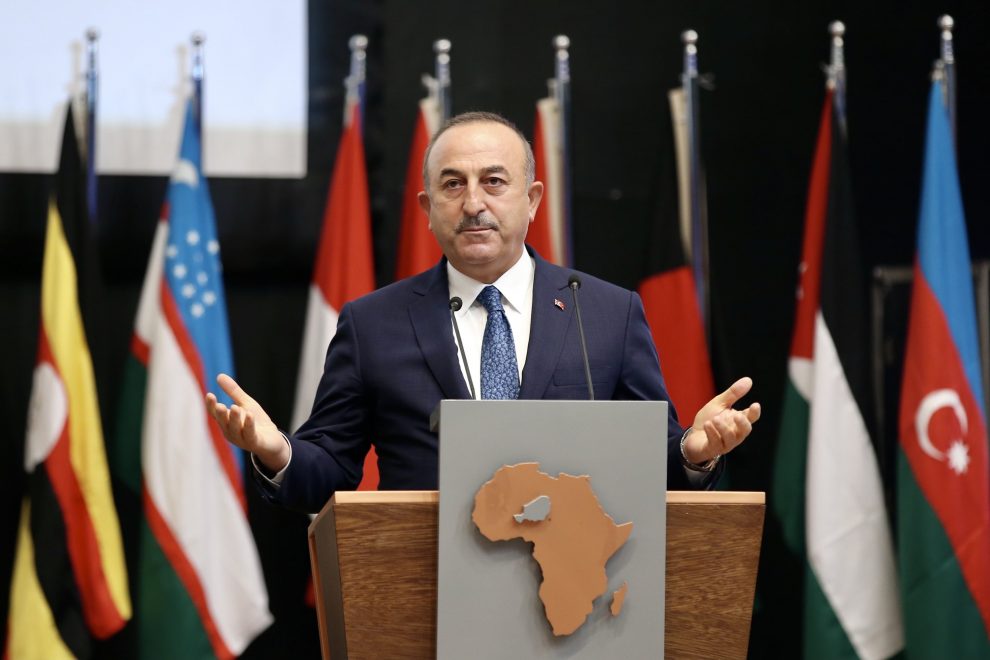 Turkey’s top diplomat attended the 46. session of the United Nations Human Rights Council in Geneva via video link. Cavusoglu said during his speech that Turkey has been concerned about human rights violations addressed by international reports against ethnic Uyghur people. “We have conveyed our unease about the situation to our Chinese counterparts and we hope transparency about the issue,” Turkish Foreign Minister stressed.

Turkey has recently been criticized about extradition agreement it has signed with China. Critics say the agreement would pave the way for the speedy extradition of Uyghurs living in Turkey. However, certain articles in the agreement makes it impossible for the parties to seek extradition based on ethnic or political reasons. Beijing has ratified the controversial agreement but Turkish Parliament has yet to come forward to do so.

Turkish Foreign Minister Mevlut Cavusoglu said during UN Human Rights Council  that Ankara has respect for the territorial integrity and sovereignty of China but stressed the importance of defending the rights of ethnic Uyghur Turks and other Muslim minorities.

Cavusoglu heralded during his speech that Ankara will be sending a delegation to East Turkestan known as Xinjiang in Chinese upon invitation from Beijing to observe the situation on the ground.

The Human Rights Council is an inter-governmental body within the UN system made up of 47 states responsible for the promotion and protection of all human rights around the globe, according to the council website.