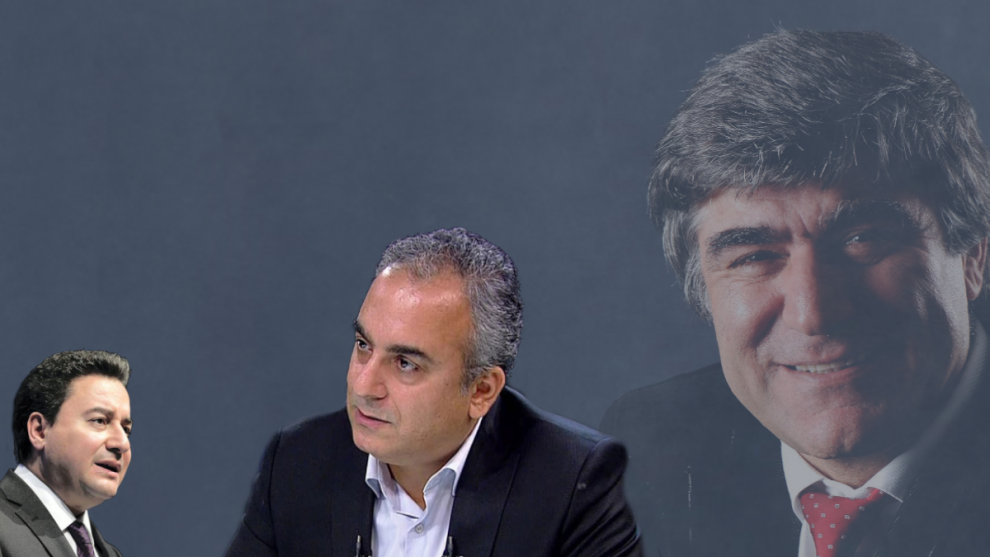 Turkey’s newly founded Deva Party leader Ali Babacan released a statement to condemn the death threat e-mailed to an Istanbul-based Armenian foundation but he was chastised by one of the most prominent Armenian figures for trying gain political ground over the issue.

Hrant Dink Foundation received a death threat on May 28th through an e-mail, officials from the foundation have informed. Deva Party leader Ali Babacan posted a statement on Twitter saying “threat against Hirant Dink Foundation was a result of the political climate that encourages discrimination. “We will fight against racism and discrimination and never leave alone our friends at the foundation,” said Babacan in his tweet.

Turkey’s one of the most prominent Armenian figure and politician, Markar Esayan grilled Babacan after the statement accusing him of trying to score political goals over the death threat towards the most important Turkish-Armenian foundation. Esayan said he condemns Babacan for his tweet. “He should never make political calculations over us (Armenians). We (Armenians) were most embraced and given priority during Erdogan’s administration. Which discrimination, which climate is that,” asked Esayan by mentioning Babacan’s tweet.

Hrant Dink was the single most prominent figure of the Turkish community and was assassinated in 2007. Being an outspoken defendant of Turkey, he turned into a target of shadowy structures whom had been trying to push Turkey’s social coherence and political climate back into 90s. A foundation was established on his name after his murder.

Turkish Interior Minister Suleyman Soylu announced that the person responsible for the death threat was captured by the police in less than 24 hours. Soylu also informed that another suspect whom removed the cross from the outer door of a church in Istanbul was also under custody.

Ali Babacan was a heavy weight of Turkish president Erdogan’s Ak Party and served as Finance and Foreign minister in successive Ak Party governments. He has also been portrayed by the western media as the man behind Ak Party’s economic success which increased Turkey’s economy 4-fold after it took the power. However, latest polls revealed that support behind Babacan’s party is around only 1 percent.