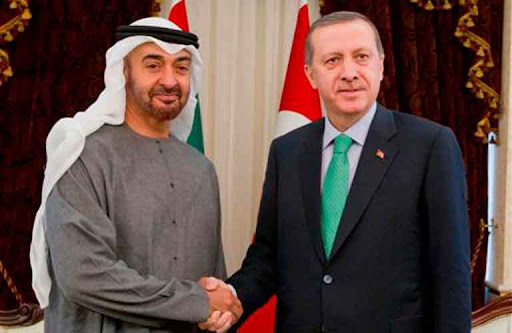 The end of the Cold War turned the international order upside down, eventually concluding with multipolar international politics. In this fluctuating balance of power, traditional alliances collapsed and were replaced with unprecedented but short-lived alliances. As many states temporarily cooperated with others in foreign policy and security, new regional initiatives followed one after another.

While the United States turned its focus on the Asia-Pacific region, a political vacuum was created in the Middle East region. Three strong candidates have now emerged that have the will and capacity to fill this political vacuum: Russia, Turkey and Iran. However, Iran rapidly burned itself out due to its aggressive and expansionist foreign policy. Certainly, the long-standing international embargo over Iran greatly contributed to this burnout process.

Regarding Russia and Turkey, the two powers have so far succeeded in coping with a clash of interests on a number of issues in their relations, establishing enduring cooperation despite their regional competition. Therefore, apart from Russia’s coming back to the international stage as a military superpower in the post-Cold War era, Turkey has emerged as a regional power with strong political and economic backing.

A decade earlier, however, only a few countries recognized Turkey’s emergence as a key player in its region of influence. In Syria, Turkey came face to face with the U.S., Russia, and Iran respectively. The relations between Turkey and the European Union deteriorated. Eventually, even an international anti-Turkish coalition was founded around Greece in the Eastern Mediterranean. During this last decade, Turkey proved its worth by appealing to its both soft and hard power in the international arena. First and foremost, the country reformed its army, strengthened its naval forces and made groundbreaking moves in its defense industry, including but not limited to the construction of unmanned combat air vehicles.

After being left alone by its NATO allies in Syria, Turkey has adopted an independent foreign policy and has become one of the key players in the Syrian crisis by establishing a constructive dialogue with Russia and Iran. Meanwhile, Turkey utterly defeated three major terrorist organizations, namely Daesh, the PKK and the Gülenist Terror Group (FETÖ), within and outside its borders. Making use of its powerful navy and diplomacy, Turkey established a strong treaty with Libya on an exclusive economic zone (EEZ), changing the rules of the game in the Eastern Mediterranean. During the Nagorno-Karabakh war, Turkey’s involvement changed the course of the war, concluding with Azerbaijan’s retrieving of the Karabakh region.

As Turkey has proven its strength in the international arena, the Turkish government now aims at normalizing and improving its relations with neighboring countries via diplomatic means. Due to its long-established economic ties with Europe, it is not surprising that Turkey’s relations with the EU have begun to improve.

Apart from the rapprochement between Egypt and Turkey in the Middle East, Turkey desires to establish enduring cooperation with the United Arab Emirates (UAE) as a vital step toward establishing political and economic stability in the region. Why do the relations between Turkey and the UAE matter for the Middle East?

Having immense investments around the world and a strong trade with a good number of countries, the UAE has been one of the key players in the Middle East. The UAE has a strong political and economic influence in Yemen, Egypt, Libya, Tunisia, Syria, Lebanon and many African countries. The UAE is not only an oil/natural gas rich country but also a strong investor and producer in various economic sectors.

As Turkey is also a leading economic power in terms of its strong production and construction sectors, the recent rapprochement between Turkey and the UAE will certainly spur economic growth in both of these countries. This rapprochement will also change the political dynamics of the Middle East drastically. Instead of the destructive rivalry between Saudi Arabia and Iran, this new cooperation will have positive repercussions not only in Egypt or Libya but also in war-torn Syria.

As a call of fate, the rapprochement between Turkey and other Muslim countries in the Middle East and North Africa (MENA) is both inevitable and desirable for the future of our region.

Is the devil you know better than the angel you don’t?
Ukrainian ripples: Turkey and Israel eye extended cooperation in Central Asia