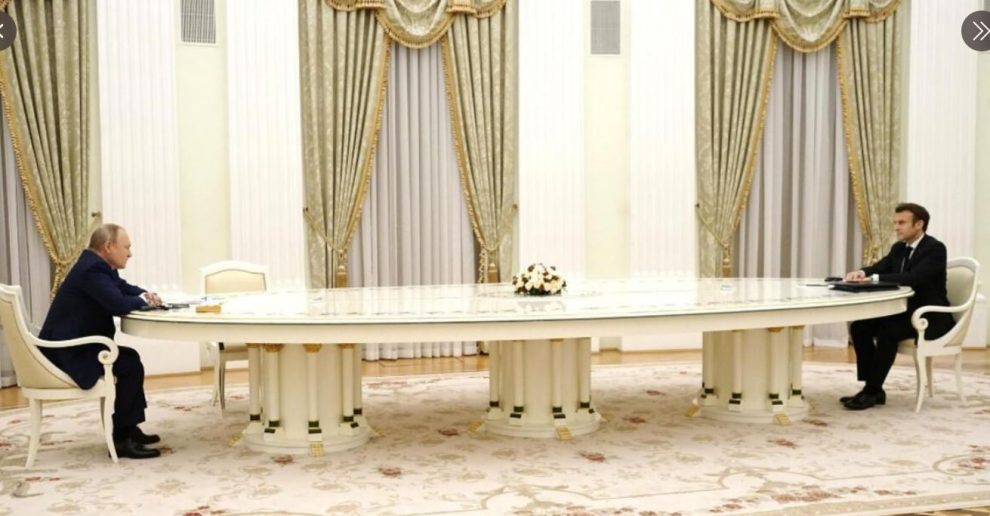 Macron has paid a visit to Moscow to discuss Russia-Ukraine. However, the Russian side hosted him with humiliating behaviors from the beginning of the trip.
When French President arrived to Moscow airport, no Russian officials welcomed him.

The shock continued when Putin seated Macron on a long table, implying the distance between Russia and the West.
The final disappointment was after the joint press meeting. Putin left the hall quickly leaving Macron behind, as soon as the meeting ended.

While Putin’s actions were condemned by European authorities, Macron was also criticized due to humiliation by the Putin regime. According to analysts, Macron’s yet another attempt to lead Europe turned into a nightmare. The last incident might also make him to lose French presidency in upcoming elections, analysts add.

Is there any clash between democracy and security?
Tunisia becomes a dictatorship again