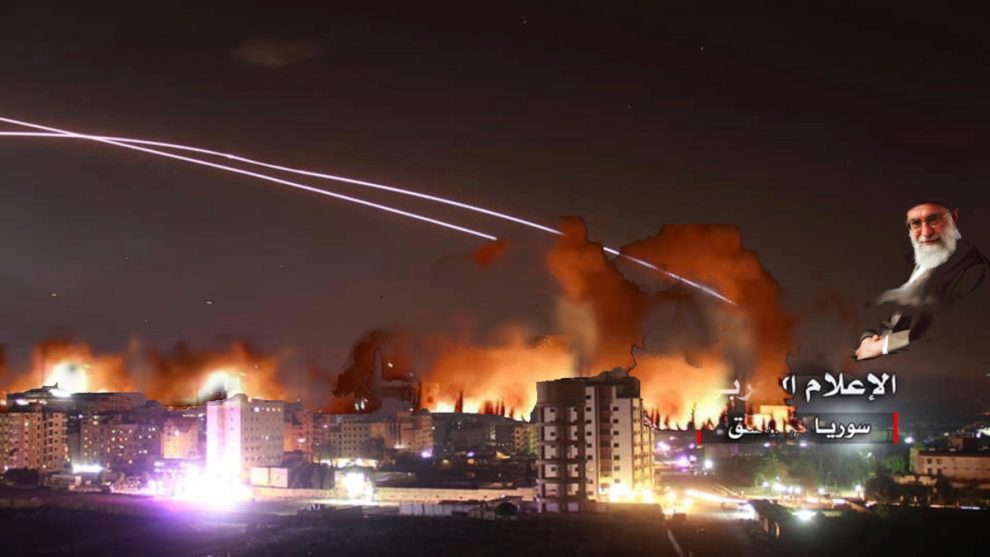 The specter of a new war is haunting the world. The U.S. has withdrawn from the Iranian nuclear deal and Iran now has a better chance to resume the process of enriching more quantities of uranium than it needs for nuclear energy. This may encourage Israel and the U.S. to act to prevent Iran from developing nuclear weapons, and the whole thing rolls down into an all-out war.

But the specter of the war I am mentioning is not of this one. Three battles had been fought so far in that one, and more than one hundred people died. About 30 of the dead are Iranians. The last battle took place on April 29 and the Israeli warplanes bombed a Syrian military base, an arms depot and a military airport near Aleppo.

Israel was very excited about this activity because they were hopeful that Iran would retaliate with full force both from Lebanon and Syria. But Iran did not.

Israel’s first try to provoke Iran to a full-fledged attack had taken place on Feb. 9. They struck down an Iranian drone and bombed the Syrian T4 Military Airbase in which several Iranian personnel were also targeted directly. The Syrian Army shot down an Israeli F-16. Israel strangely admitted the loss of a warplane, however it claimed that they killed 14 Iranians and destroyed half of the Syrian air defense system. Other than a Syrian response, Iranians did not return the assault.

Again, Iran did not react; and neither did the Syrian artillery; nor did its air defense system respond. Perhaps the reason was that Israeli authorities did not warn Russia in advance. There is a 2015 “de-confliction” agreement between Russia and Israel; accordingly Israel religiously sent advance notices to the Russian side before entering into Syrian airspace. Israel had long been suspicious that the Russians had been tipping the Iranians.

On April 13, this time the U.S.-U.K.-French air assault took place, which destroyed more Syrian and Iranian air defense installations. Right after this the Russians started talking about providing their ally Syria with Russian S-300 air defense systems. These systems can track more than a hundred threats simultaneously. The Russians have been talked about giving S-300 systems to Bashar Assad since 2010, but they did not follow through with it.

So, the most deadly Israeli assault took place on the last day of April because neither Assad nor the Iranian Revolutionary Guard brigade in Syria had an S-300. Had the Russians delivered those systems, Israel probably could not have sent its warplanes after losing an F-16 only a month ago.Days before Trump scrapped his country from the Iran nuclear deal, the Israeli Knesset authorized the prime minister to declare war without consulting the parliament. Some 62 members voted the unprecedented proposal into law, with 41 opposition members opposing it. Hours before Trump’s declaration of the withdrawal from the deal, Israeli military forces and police received orders to be ready for a full military assault from Lebanon and Syria.If Russia keeps dragging its feet on the S-300s, it is highly likely that Israel will continue to provoke Iran into a war that could be very well be the beginning of Israeli occupation of Syria. Such an event would mean the death knell of the Astana Process, which had already enabled people to see a glimmer of light at the end of the Syrian civil war tunnel. Russia can stop this war.

Israel is a crime enterprise, must be dismantled
Erdogan is an opportunity for the Balkan Peace: Head of Turkish NGO
Comment