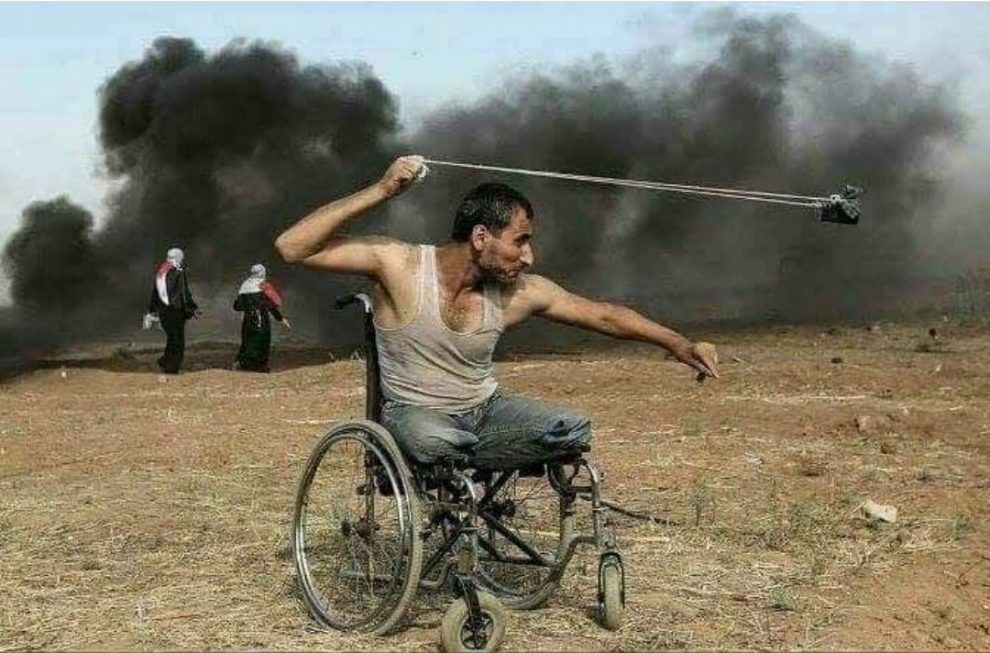 Israel is a crime enterprise that attracts Zionist outlaws from across the world to the Middle East. It’s not a normal state or lawful territory. Israel exists to spread violence, conflicts, wars, and what most people consider evil.
The idea of creating a Zionist entity existed decades before the Jewish population of Europe suffered mass slaughter and Adolf Hitler’s campaign of extermination.
The Jewish suffering during the war was exploited by the Zionists to create an entity in Palestine that now thrives on using every Nazi criminality to suppress Palestine’s native population.
More frighteningly, Israel has expansion aims and collaborates with those non-Jews who are ready to swindle, maim, kill, plunder and indulge in mass killings as soon as the fear of law is removed.
On May 14, reckless American leader Donald Trump celebrated a “great day” as the US opened its so-called embassy in the historic city of Jerusalem. The event was attended by the trash American couple Jared Kushner and Ivanka Trump.
For Trump and Israel’s Benjamin Netanyahu, what matters is power grab at any cost and the continuation of their thuggish lifestyles rooted in terror.
This can only go on if other populations want to put their future at the mercy of Zionists in Israel and the US. 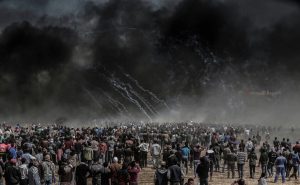 In the Middle East, some countries have forsaken their historic responsibility towards the Palestinians. The United Arab Emirates, Saudi Arabia and Egypt obviously come to mind. These three and some of their allies have lowered themselves into a pit of ignominy. If they continue their alliances with Zionists and other mafia setups, their lives are going to become even more dishonorable.
Instead of showing leadership, as their populations legitimately expect from them, some Arab leaders have decided to surrender meekly to the Israeli enemy and international Jewish lobbies.
We must salute those Palestinians who have defied the Israel-US military might, which has sought to impose Nazi solutions in Palestine.
Palestinian activist Ali Abunimah puts it succinctly: “It takes unimaginable courage to face an enemy occupier as merciless, as cruel, as sociopathic as Israel. But Palestinians in Gaza have decided that their only choice is life with dignity and full rights. Israel has tried to bury them in a living grave. They refuse!”
Their courage must not be ignored as they face Israel’s fierce violence with practically no means of retaliation.
At least some governments must develop a bit of courage to offer Palestinians strong support; Israelis or their American patrons are not going to bother about token protests. 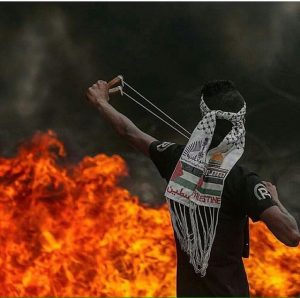 That Israel is a state sponsor of terrorism and a threat to global peace is evident from its actions. Look at terrorism and criminality anywhere and you will see Israel’s dirty hands.
In the Myanmar regime’s campaign of genocide against the Rohingya population, Israel is an arms provider. Recently Israeli agents assassinated Palestinian academic Fadi Al Batsh in Malaysia in the most brazen manner. Israel has a strong crime network in Asia and Africa, and certain governments have hired its thugs holding Western and Israeli passports as consultants.
Israel works with a number of countries to grow its terror network. When its proxy “South Lebanon Army” militia was routed in Lebanon, it secured their migration to Australia.
In Venezuela’s economic destabilization, the US and Israel are partners. Israel’s use of Jewish lobbies for economic and trade warfare, currency attacks and commodity supply manipulation is not hidden.
Netanyahu talks about building more “Israels” in Afghanistan, Libya and Yemen. Why Israel’s thuggish schemes are not challenged by other governments is difficult to understand.
Those Arab leaders who think their interests are tied with Israel must explain how they are different from hardcore Zionists. In this eternal struggle against evil, those siding with Israel would always suffer disgrace.