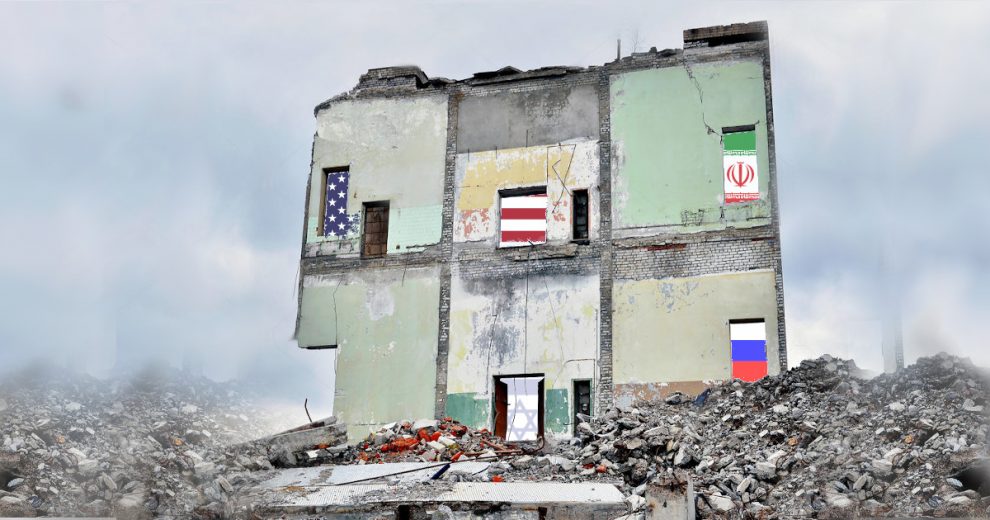 Observers of the Syrian conflict regularly find themselves revisiting the issue of the nature of groups present in Syria’s northwestern Idlib province. Russia routinely announces that terror groups in Idlib are attacking Syrian and Russian troops and pose a threat to Russian interests back home. At the same time Russia and Turkey agreed that the extremist groups would be separated from the moderate opposition forces. The question regularly posed regarding the nature of the groups is whether or not Russia is correct when it claims that there is Al Qaeda or other extremist groups in Idlib?

There are remnants of multiple groups that are listed as terror groups by a number of countries including TIP, Kavkaz Emirate, HTS, AQ, HAD, and others. Some of these groups have very few members and others, like HTS, are the military backbone of the main authority in the region. HTS has been working to separate itself from groups and individuals that are linked directly to AQ or other internationally listed terror groups. According to multiple sources HTS is also engaged in discussions with SNA about merging and power sharing. It’s not clear what the result of those discussions will be as of yet. However, the members of many organizations outside of HTS know very well that they are targets and not welcome by Russia or the international community. Especially individuals and groups that are directy linked to international networks of Al Qaeda and its affiliates.

There are also many foreign fighters that are members of these and other groups including HTS which joined the fight against Assad and shifted memberships from group to group as the conflict’s dynamics shifted during the past decade. The majority of them joined the fight to help Syrian’s based on a belief that it was their duty to help Syrians in need of military support. However, HTS has given conservative messages about how they intend to treat the “foreigners” or “muhajireen”. HTS leader Abu Muhammad al Jolani said he would not turn them over and protect them. Some of the groups even have the respect and acceptance of the local community. This is the case with a large portion of the Turkmen and Uzbek foreigners. There are other foreigners that are accepted by the locals as well. They are accepted by the local community because they participated in manay critical battles and fought fiercely to protect many fronts from collapse in the face of aggressive offensives carried out by Syrian regime forces and their Russian and Iranian allies.

Members of the other groups in Idlib that are listed as terror groups, or even individuals that are listed, are being targeted by US drones regularly. The fact that US drones are tracking and targeting them in Idlib is a ploy by the US to keep the heat turned up on Turkey. Targeting and announcing the names of those targets that happen to be present in Idlib gives the perspective that they are being harbored in Idlib and efforts aren’t being made to neutralize them. The US then claims that they are still pursuing Al Qaeda and its affiliates wherever they may be, even in Idlib. However, it was the US that oversaw “prison breaks” in Raqqa and Tabqa allowing hundreds of Daesh fighters to escape into the desert. Those same individuals have access to opposition controlled areas by way of Russia and the Assad regime and can enter oppositon areas via southern Idlib and western Aleppo.

This cycle is being used as leverage against Turkey by Russia and the US. When Russia and the US want to turn up the heat on Turkey they either conduct a drone strike on a vehicle and claim that there was an AQ member inside of it or they release news that extremists are planning to conduct false flag chemical weapons attacks and blame it on the Syrian regime. Just a few days ago there was a car targeted in Idlib with high level AQ affiliated individuals. There was no real confirmation of who was in the car or who attacked the vehicle. The type of bomb used was also quite different than the normal “Ninja” rocket that the US MQ9 Reaper drone has fired at AQ, HAD, and other members in Idlib. This car went up in flames whereas the Ninja used in the past simply slices through the roof of the car cutting the passengers into pieces.

These kinds of actions give the US and Russia enough leverage to continue to pressure Turkey on multiple fronts including in relation to the US relationship with the PKK terror group east of the Euphrates and Russia’s attempts to convince Turkish officials to recognize Bashar al Assad’s legitimacy and sit at the table with him to discuss a resolution to the decade long conflict. Al Qaeda and other internationally listed terror groups have a minimal presence in Idlib but because of the mixed bag of interests that they represent and implement, their impact on the geopolitical balancing act in Syria can be multiplied. Are there AQ and other groups and their members? Yes. Is it Turkey’s fault. No.

Is it the time for the penultimate war in Idlib?
Turkish people sad for Italian journalist Mancini’s death