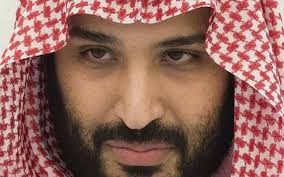 Lebanese Prime Minister Saad Hariri announced his resignation during a visit to the Saudi capital of Riyadh. Pointing to his country and other Arab countries like Yemen, he said, “Wherever Iran is involved, there is nothing but devastation and chaos.” In other words, the prime minister of a country resigned in the capital of a foreign country, pointing to another foreign country as a target.

While we were trying to understand this unprecedented development in world history, Saudi Crown Prince Mohammed bin Salman made another unprecedented move, establishing an “anti-corruption commission,” which detained 38 people including 11 princes and over 10 former and current ministers and media moguls, including the owners of ART, MBC and Rotana. The Ritz Carlton was turned into a prison for the first time in its history. It was announced that the commission was authorized to arrest, detain, confiscate property and “perform other necessary procedures.” It is said that more than 1,700 accounts have been frozen so far.

Although the next target of Saudi Arabia, the United Arab Emirates, Israel and the U.S. seems to be Iran, it is clear that this axis will also target Qatar and Turkey. The rapprochement between the U.K. and China on the Silk Road matches up with Russia’s aim to achieve its geopolitical goals, Turkey’s aim to gain strength by protecting its territorial integrity and Qatar’s aim to grow without becoming a satellite state. However, while Saudi Arabia is grappling with economic recession, it hopes to consolidate its power in the region with support from the U.S. and Israel.

Behind the U.S.’s unconditional support lies the fact that Aramco shares worth $2 trillion will be listed on the New York Stock Exchange, as well as the $350 million deal signed during Donald Trump’s visit to Saudi Arabia, which was his first overseas destination.

Given that Saudi Arabia has started to reform Islam by giving women the right to drive with its too reactionary perspective of Islam, it is unclear whether it is possible for the country to make these drastic changes without resorting to a civil war.

I said “a bull in a china shop” in the title. We will see whether and how it can collect the fragments, and whether the U.S. relies on its inability to collect them while patting it on the back.