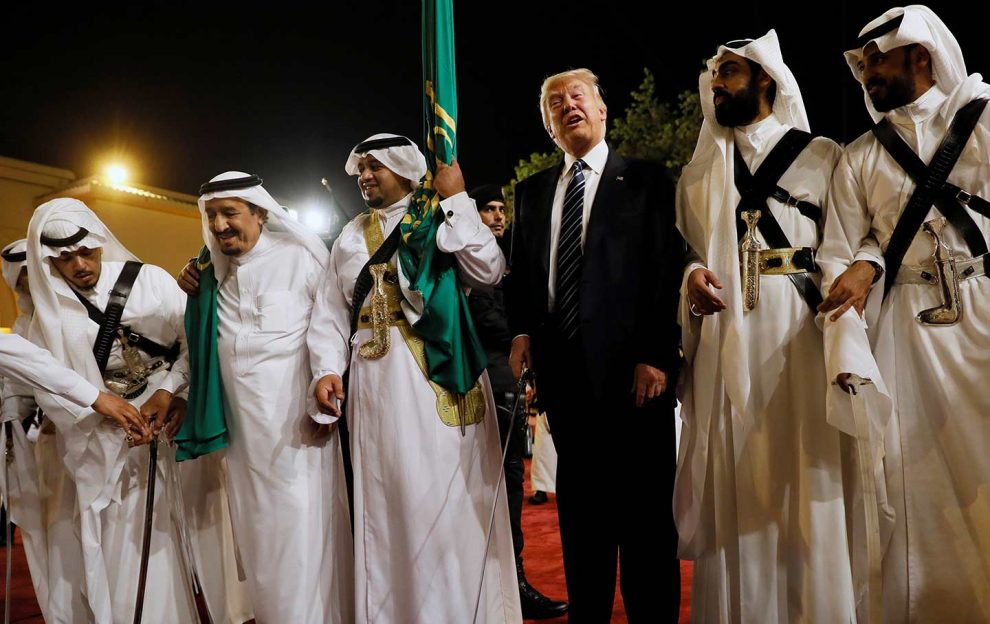 In May 2017, Emir Mohammed bin Salman said, “We can uproot the Houthis and Saleh in a matter of days in Yemen.” When Salman was asked if he would start negotiations with Iran, he said that you can’t deal directly with people who believed in helping the awaited Mahdi (the lost imam in the Iranian Shiite Twelver Sect) appear on the face of the earth.

What he meant was that those people, who are trying to bring the lost imam back, actually need to make the world chaotic enough so that the imam can come out to bring eventual peace on earth and he will take those who caused chaos in Paradise with him.

As former president of Iran, Mahmoud Ahmadinejad once said, “The easiest way to cause the final chaos is to explode a nuclear device over Israel that would create hell on earth. Indeed, one can hardly engage in peace talks with someone who has creating hell on earth as his political objective.”

Here is the point where the young emir’s argument seems to falter: Don’t engage in peace talks with warmongers, but he (or his proxies) declares war on them. He doesn’t only hate wars, but also logic. Not only is it illogical, it is very dangerous, too. Despite the fact that the International Atomic Energy Agency (IAEA), the world’s watchdog of atomic weapons, says that Iran doesn’t have nuclear weapons yet, Israel and some circles in the U.S. strongly claim that they already have deliverable nukes and the capacity to deliver them. This is not a matter of “what if not” because the alternative is what they call “mutual assured destruction” (MAD). This probable madness is what kept the Soviet Union and U.S. at bay even during the most heated conflicts.

The young emir should pause and ponder why the embassies of the state of Israel are doing their level best to support Saudi Arabia and its efforts to destabilize Lebanon. Mohammed might react by saying that he is not trying to destabilize Lebanon, but that is the perception of the Israeli foreign ministry when you call Lebanon’s prime minister in the middle of a Council of Ministers’ meeting to Riyadh and make him resign.

What happens when you destabilize Lebanon? A civil war might start. What kind of a civil war would it be? The kind that had taken place before: The kind that was called “sectarian conflict” in sterile diplomatic lingo, which, in real terms, meant more than a quarter of a million Shiites and Sunnis and Muslims and Christians were at each other’s throats.

When Turkey, Russia and Iran did, in six short months, what the Geneva Process couldn’t do in six long years, Israel vehemently opposed it because the Iranian-supported Hezbollah brigades would guard some of the de-escalation zones close to the Israeli borders. Could this be the reason for Israel to support a Saudi stance to destabilize Lebanon, resulting in a legitimate assault on that country to support a just war against Iran? Emir Mohammed should benefit from it since he needs a helping hand as his regime transformation woes are becoming more troubling.

The kingdom has been established on a consensus among the sons of King Abdulaziz since 1953. Abdulaziz sired many children by his many wives. Only the seven sons called “Sudairi Seven” (the sons by Abdulaziz’s wife Hassa Al Sudairi) ruled the kingdom. The current king is the last of this line. However, other sons and daughters and their two thousand children had shared the power and oil wealth. By purging those most powerful and rich princes, Muhammed is ending this regime of consensus and claiming full power.

Perhaps having the Lebanese prime minister resign because an Iranian-Hezbollah assassination plot threatened his life is the best approach for him to get support from his new best friend Jared Kushner, Donald Trump’s son-in-law. Israel could do the fighting on his behalf, and he’ll look good in the American political scene.

But the whole thing is still illogical.

Saudi Westernization, the Union of Islam and the Union of Muslims
ON THE 22nd ANNIVERSARY, HOW THE DAYTON IS RESPONSIBLE FOR EVEN THE SMALLEST CRIMES IN BOSNIA
Comment