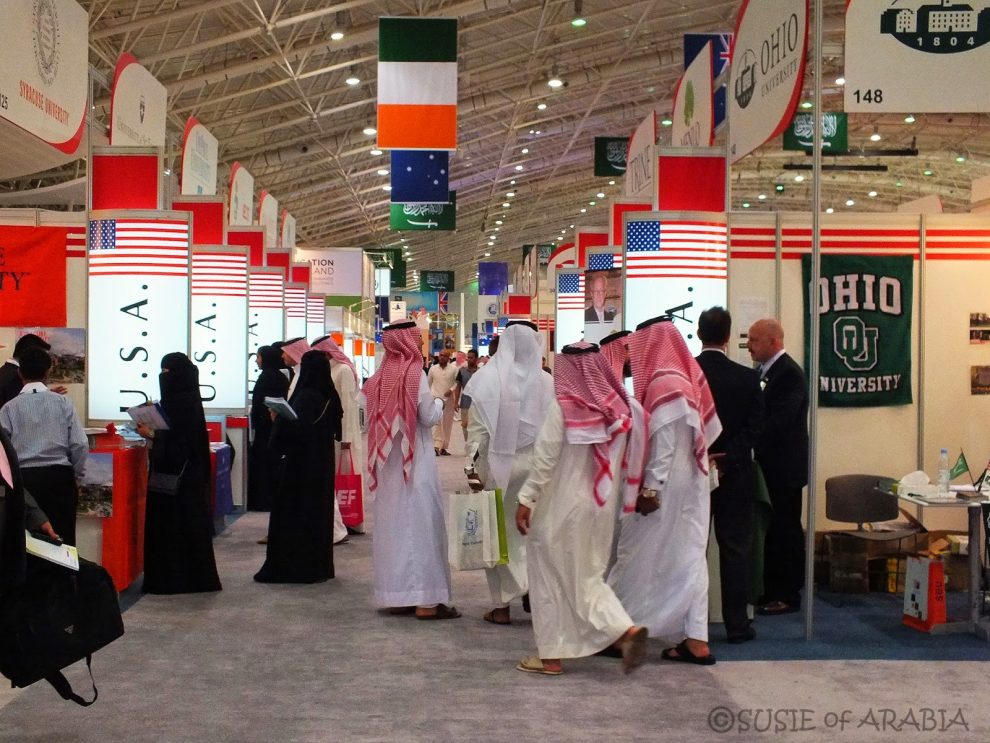 Saudi Arabia is going through a rapid change process. The crown prince Muhammad Bin Salman (MBS), who is considered to be the actual king, declared that his country would now switch to moderate Islam a few weeks ago.  The idea of ​​moderate Islam is not to abandon radicalism. For MBS, the meaning of this term is Westernization and he is supported by the United Arab Emirates (UAE). In return, UAE gets use of MBS.  According to Indian journalist Husain Shakir, who wrote an article for Straturka.com on Westernization of Saudi, the most important companies of the Saudis will be privatized  (Breaking: Aramco will be traded on the New York Stock Exchange). Shakir also says that weekend holidays may change and a Western-style method may be applied in education. Perhaps the calendar, the scale-weighing tools, and even the alphabet  may change. We will see in the course of time.

No one doubts that the change in the country is made with the support of the West. An analysis that circulated while MBS was still 2nd crown prince knew wha it is going on today. The report argued that Saudis and UAE aim to completely destroy Hamas’ resistance by isolating Qatar. In the second stage, Israel will launch a brutal attack to force Gazan people to migrate to Sinai Peninsula of Egypt, where a Palestinian state will be established. The Egyptian won’t refuse Palestinian state as they were already persuaded. Muhammad Dahlan, who transferred UAE’s money to FETO on July 15 failed coup, will be the President of the new state.

The report also emphasized that the second crown prince MBS would take the place of the first crown prince Muhammad bin Nayif. Indeed, MBS replaced Nayif. According to another  assertion circulating nowadays, King Salman may soon leave the throne on the account of his son, MBS. Thus, a throne change, which is a western project, will have taken place. By the way, in the past days an Israeli journalist deciphered a message sent by  Israeli Foreign Ministry to its embassies.  Ambassadors are asked to support Saudi Arabia in every platform in the message. It is no coincidence that both of the last two changes in Saudi Arabia took place after Trump and his Jewish groom, Jared Kushner, visited this country.

MBS is planning to fight against enemies outside as soon as he pacifies everybody he sees the enemy in the country. It should not be forgotten that Saudis are fighting with the Sunnis (Hamas, Qatar, Libya, MB, etc.) rather than the Shiite despite that they claim to target Shiite expansionism. The pro-West prince now messes with Hezbollah. However, Hezbollah is on target not because it challenges Saudi Arabia but for the damage it can give to Israel, and for the possibility of arming Hamas. On the other hand,he  threatens Iran but it is not known how he can deal with Iran since Saudis could not even defeat Iran’s proxy, Houthis, in Yemen.

The initiation of a new battle by UAE-Suudi partnership does not seem possible geographically since the closest country they want to attack is 200 kilometers away and there is no strong land army to land there. Therefore, a likely war will result in only empting and re-filling their arsenals, killing some Shiite militants, and innocent civilians who did not take part for any side. At the end of the day there is a high probability of losing the throne due to failure. UAE’s situation depends on two missiles that may be launched from Yemen or elsewhere. No foreigners or capital remains after this country, which has been standing with foreign investment,  goes into turmoil.

When the war is over,  the only landscape we can see will be a ruined Middle East. As for us, we will continue to dream about “the Union of Islam” with all our best intentions. Maybe it’s time to use the term “the Union of Muslims” instead of the Union of Islam. There is already unity in Islam. Disintegration among Muslims is because of some selfish and schismatic Muslims. Therefore, Muslims have to leave factionalism and come together. However, the Union of Muslims does not seem to happen in current circumstances since ruling Muslim elites prefer fighting instead of being in solidarity.