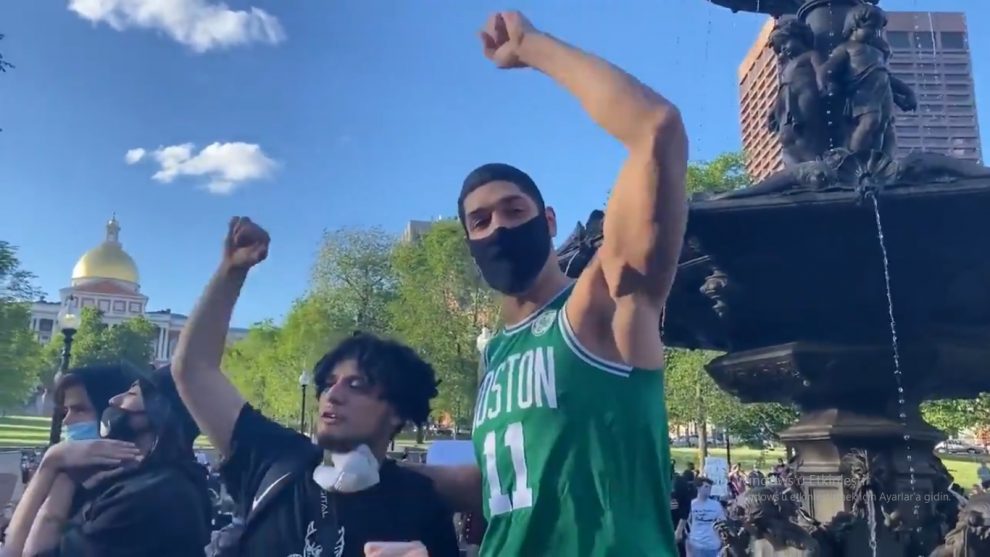 Yet another group under the protection of the US government has turned its back to America. The first one was  YPG, PKK’s Syria branch, which trained leftist Antifa group. Antifa members have  actively involved in protests destroying American streets due to the murder of George Floyd. Due to the group’s involvement in violence, Trump has announced that Antifa will be designated as a terrorist organization. However, Pentagon still supplies weapons to YPG, which welcomed Antifa militants in Syria and gave military training to thousands of them. US’ contradictory policy is regarded as self-damaging by analysts. On the other hand, pro-Trump voices have called the President to stop supporting YPG in Syria. They reminded Trump that YPG and PKK are fighting both with Americans via Antifa and Turkey, which is a NATO ally.

The second group that declared war to the US government is FETO. The group, headed by Fetullah Gulen, attempted a failed coup in Turkey in 2016, killing hundreds of people. Thousands of Gulen’s followers fled abroad, including the US. Supporting Democrats against Trump, FETO members have appeared in the streets together with Antifa members and protestors. One of them is Enes Kanter, who plays for Boston Celtics. Kanter was spotted in the street chanting “I can’t breathe” with his team uniform. While Celtics fan got furious to him for involving in a political issue with Celtics’ uniform, Kanter ignored criticisms. Kanter had taken Fetullah Gulen’s surname as an indication of his loyalty to Gulen. FETO leader himself and his followers believe that Gulen is Jesus Christ, who returned back to the world. Meanwhile, some American social media accounts called Trump to take action against FETO members, who joined protestors despite living safely in the US.

.@EnesKanter of the @celtics out here in Boston supporting the cause. pic.twitter.com/2ra9xnRdtk