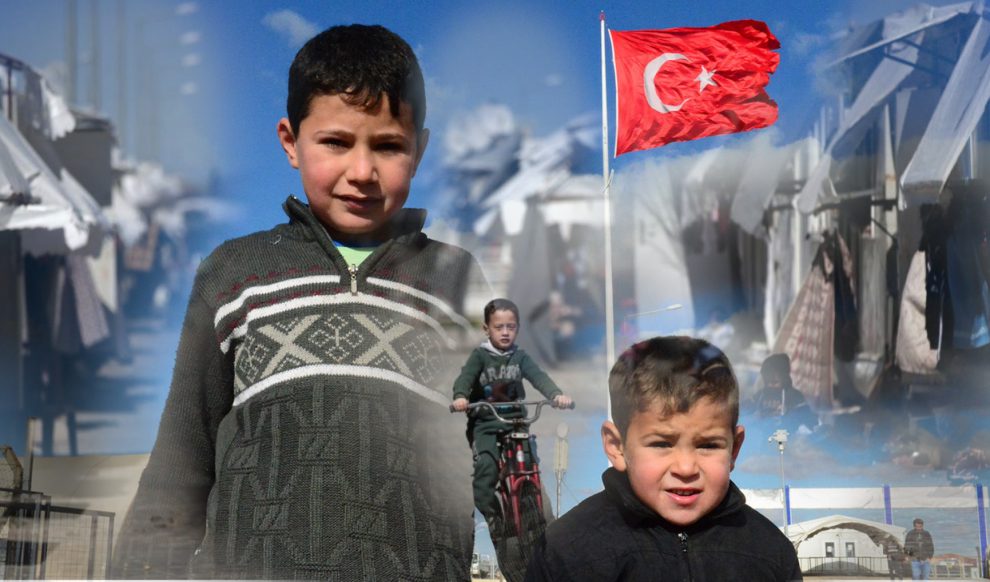 More than 1.5 million migrants and refugees have arrived in the 29 EU countries since 2015, many of them are fleeing the war in the Middle Eastern countries.

Turkey as a single country is hosting up to four million refugees from the war-torn Middle East nation and has spent upwards of $30 billion on it‘s own to help them.

Turkey, until today, did not receive sufficient support weather from the international community nor from the EU for its contributions to the Syrian refugee response.

The European Union sent €820 million of the €6 billion it promised, while donations through the UN remained at $520 million. All amounts are directly delivered to those in need. But the countries and the international organizations do not fulfill the promises they have made towards Turkey.

Most European countries refuse to host refugees. Germany, Sweden and Denmark are among those few EU countries which voluntarily receive large numbers of refugees.

On the contrary, in Hungary there are currently less than 700 migrants in the country, of whom about 430 are kept in two closely guarded container camps on the Serbian border.

In June, the European Commission launched a legal case against Poland, Hungary and the Czech Republic for refusing to take in asylum seekers.

In September, the EU’s highest court ruled in this legal case that EU member states must take in a share of refugees, dismissing a legal challenge by Slovakia and Hungary which are the two leading member states opposing migrant quotas.

The EU Commission now wants to fine Hungary, Poland and the Czech Republic if they do not start or resume taking people from Italy and Greece. Poland and Hungary, which argue Muslim immigration is a threat to their national security, have in two years taken in none of their respective quotas of about 6,200 and 1,300 people.

European Union’s top court decided that EU member states must take in a share of refugees who reach the continent.

German Chancellor Angela Merkel has urged Hungary to quickly implement the Europan court ruling, but Hungarian Foreign Minister Peter Szijjarto called the court verdict a „very dangerous“ political decision. „This decision does not oblige Hungary to anything because this decision was not about whether Hungary has to receive migrants from tomorrow onwards,“ the Miniaster said.

Obviously, the international community must provide more support the refugee crisis which is affecting the developing countries that today host 89 percent of refugees. The European Union must accept several hundred thousand fully screened refugees through an orderly process of vetting and resettlement.

Instead of implementing solutions as above mentioned, EU’s ignorance towards Syrian refugee crisis becomes heartless and ignorant while Turkey has accepted about four million refugees and spent billion of dollars for their comfort.

Hungary and Poland, which face eurosceptic governments, do not want to accept any refugees and, therefore, were becoming isolated even in the EU. Also Slovakia and the Czech Republic are tending to drift away from consensual refugee quotas.
There are many attempts within the Visegrad group, known as the four-nation group of Central European states, to undermine the binding international humanitarian law to provide shelter towards asylum seekers. The Visegrad states are still being firm in their position to reject migrant quotas after their foreign ministers met in Estonia recently.

„Everybody reassured the others that we are going to fight and we are not going to give up our positions regarding illegal migration and regarding the quotas“, Hungarian Foreign Minister Peter Szijjarto said in a statement after Visegrad states summit in Estonia. He added: „Politics has raped European law and values. We will always fight against obligatory quotas, and this position of ours remains our position, regardless of any kind of pressure that has been put on us.“
Visegrad group countries do not care about universal humanitarian values. They prefer to go to court instead of hosting refugees.

Hungary’s Prime Minister Viktor Orban, who currently chairs the four-nation Visegrad group, has been one of the loudest and most vocal opponents among European leaders who strongly reject the concept of mandatory migrant resettlement quotas proposed by the EU, arguing this would undermine its sovereignty and social fabric. Orban’s stance has gone down well with voters, and Hungary’s right-wing ruling Fidesz party is firmly ahead in opinion polls of the upcoming elections next April.
Most governments of the Visegrad group of Central European states see refugee quotas as attempts by a centralized EU which is aiming at eroding member states‘ sovereignty.

How to solve this humanitarian crisis? EU member states had developed ideas such as solving the dispute by creating an incentive system in which the EU would give countries 60,000 euros for each refugee they take in. If an EU member state undercuts its quota by more than half, the 60,000 euros per person should be withdrawn, it said.
As the distribution mechanism would be for a maximum of 200,000 refugees per year, it would cost up to 12 billion euros.
If Turkey would receive this compensation fee of 60,000 euros per migrant for each of the four million refugees hosting on it’s soil, it would become an impressive amount of money.
Turkey is not an EU member state yet. But migration process is not a matter of the EU because it is a challenge beyond EU boarders and therefore it has to be approached by fair and cooperative solutions beyond the EU including helping Turkey which is the centre of the refugee crisis.

EU considers to put border guards or national asylum officers in overburdened states so they take in fewer migrants. These kind of solutions do not help Turkey because it is no attempt to share Turkey’s burden .

Italy, now the main destination for migrants in EU arriving by boats, urges the wealthier Western states to cut EU subsidies to poor neighbours which do not show „solidarity“ in taking in refugees.
European Commission President Jean-Claude Juncker is backing Italy’s demand by saying „solidarity is not a one-way street“.
Germany’s Interior Minister Thomas de Maiziere is complaing that social benefits for asylum seekers in Germany were „quite high“ and needed be harmonised across Europe.

Heinz-Christian Strache, head of Austria’s Freedom Party, whose anti-immigrant attitude dominate parliamentary election campaign in Austria, says: “It simply cannot be that states lose their right to self-determination and decision-making when it comes to receiving asylum-seekers.“

Where is the humanity in Europe? Humanity has left Europe. Self-interests, Islamophobia and Xenophobia are ruling European countries.

„Turkey could not remain indifferent to the tragedy of these people whom we see as our brothers and sisters regardless of their origin or creed“, Turkey’s President Recep Tayyip Erdogan said in a speech at United Nations General Assembly in September.

The humanitarian awareness of the Turkish President, whose wife First Lady Emine Erdogan personally helped the Rohingya refugees from Myanmar currently living under inhuman circumstances in Bangladesh, once more highlights the difference in the attitude toward refugees in humanitarian need. 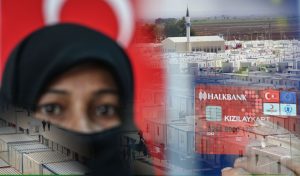 THE OTHER KURDISH MOTHERS
Our world needs peace now
Comment