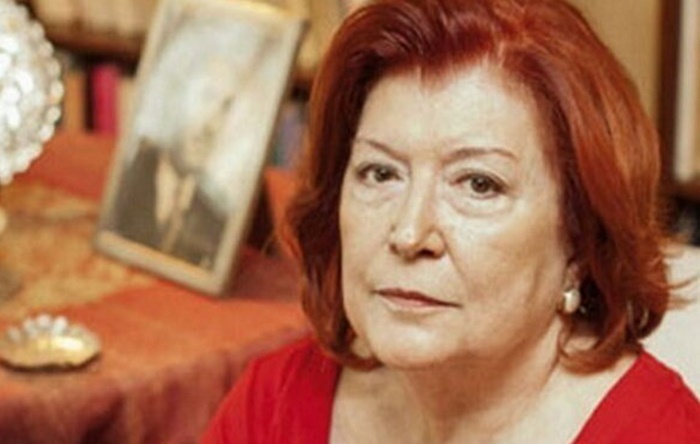 One of the most respected sociologists of Turkey, dubbed Turkey’s Max Weber,  professor Nur Vergin passed away at her Istanbul home at the age of 80 after spending most of the last decade in seclusion. Vergin came from one of the most elite families in Turkey but has been lynched by the secular establishment for her prediction of long lasting Ak Party rule.

Sorbonne graduate Nur Vergin has published countless of books and researches on socio-politics thus making her one of the most important figures of Turkish intellectual world. Vergin predicted in 2008 that president Erdogan’s Ak Party would stay in power for at least another decade when Turkish elites and military establishment were still hopeful that the conservative Ak Party could still be toppled by any means. Vergin said during an interview 5 years later that she had been lynched by Turkish elites for making a such prediction of success about Ak Party. The renown professor said the mounting attacks on her had come to a point of deteriorating her health and she does not even leave her home anymore.

Lynching of Vergin exposed that Turkish elites would not hesitate dumping one of their own regardless of academic success for merely pointing out facts which somewhat serves Ak Party’s legitimacy. Turkey’s privileged ruling elite whom still hold cultural domination could never accept Ak Party which over the years tilted the balance in economy and culture towards conservative majority. Ak Party member and lawyer Derya Yanik said after Vergin’s passing that “She was discriminated by the very establishment which she belongs for making right analysis about Turkey’s sociology.”

Crossing ideological lines has always been extremely risky for Turkey’s leftist-secular anti-government circles. Several prominent figures from secular circles have experienced similar attacks for supporting Erdogan over the years. Famous Turkish singer Sezen Aksu has been one of those whom paid a price for supporting Ak Party in its early days. Main opposition secular CHP-run Izmir municipality lifted Aksu’s name from a street for supporting Erdogan more  than a decade ago. Most recently, left-leaning singers have been attacked for appearing on a TV show hosted by renown singer Ibrahim Tatlises whom is considered an Ak Party supporter. Leftist media outlets have attacked Sabahat Akkiraz, Huseyin Turan and activist-singer Haluk Levent for going on Tatlises’s show.