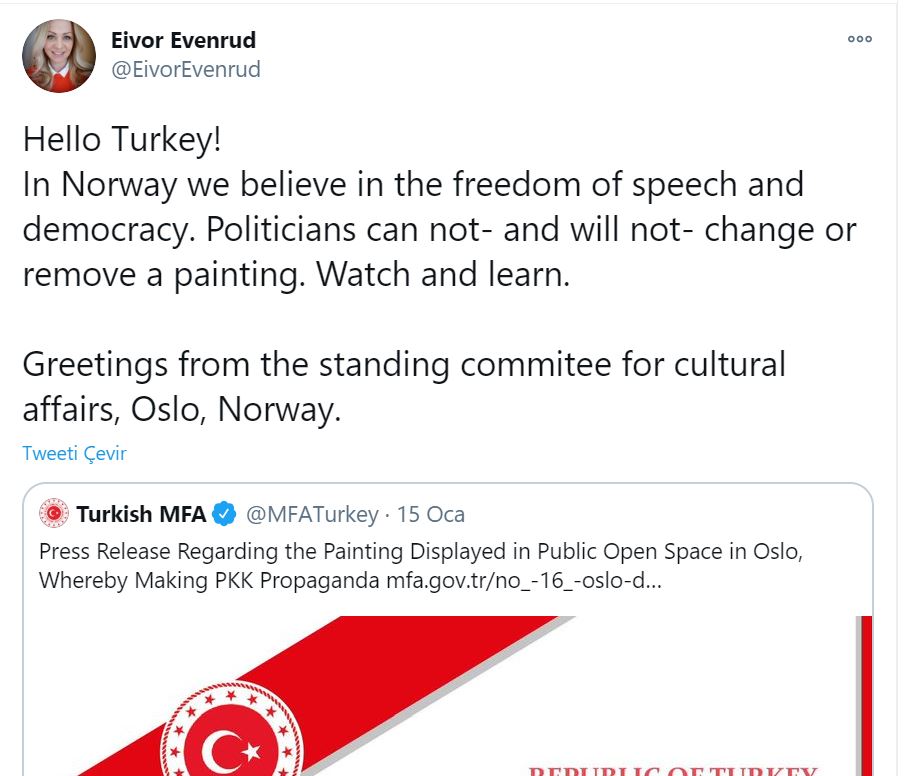 Straturka’s Weird Editor has prepared a compilation of social media posts which are mainly misleading.

Here is the first compilation;

Hello Turkey!
In Norway we believe in the freedom of speech and democracy. Politicians can not- and will not- change or remove a painting. Watch and learn.

Are you planning to allow ISIS paintings on walls as well or the PKK, the killer of 40K people, has privileges there?

Not even Orwell could have imagined this. 13 op-eds by 13 different journalists in 13 pro-regime Turkish papers. All 13 have the same heading and make the same argument. pic.twitter.com/5FtrsHZ05E

This staunch anti-Turkish government guy shares photos from a campaign conducted in 2015 to support a victim in order to insult pro-government journalists. He was supporting the violence mentioned in articles. If he is  also a FETO member, more can be said for his biased hatred.

They’ve been doing it for the last 2 years.https://t.co/3a2O8RtvkJ

Turkey does not extradite Uighurs but some Uighur people, allegedly having links with FETO, insults Turkish government.

It is not weird to see that Armenians support the PKK. While below account opposes Turkey’s request for removing pro-PKK paintings, he was embracing Armenian soldiers setting Azerbaijani corpses on fire.

Greeks are seeking embers inside ash.