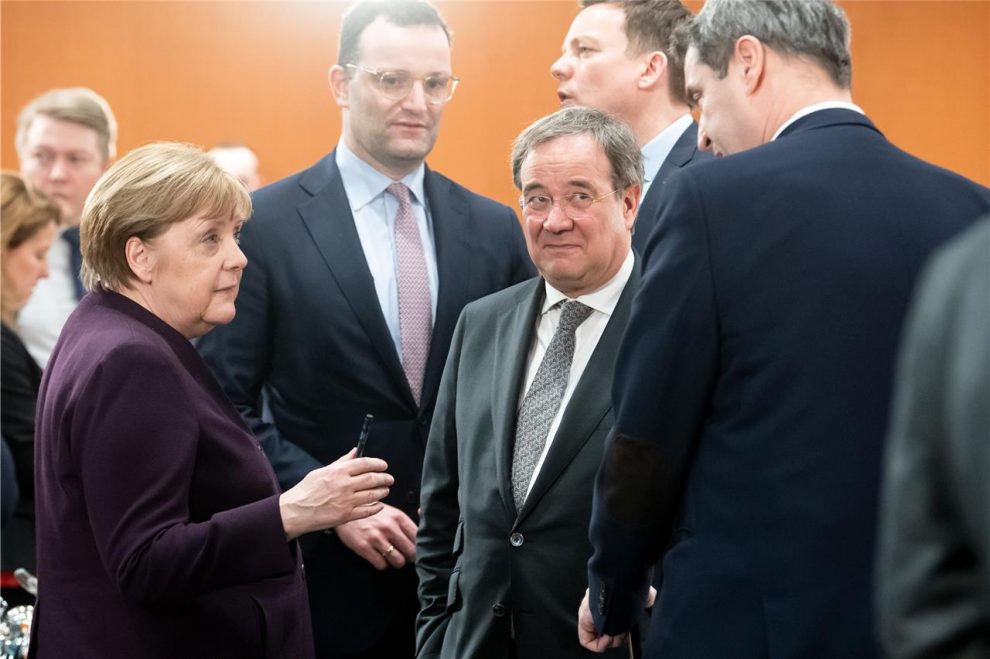 In early May of 2020, when the European countries accused each other of pirating face mask shipments, Premier of German North Rhine Westphalia state, Armin Laschet secured 5 million masks donation from Turkey. However, foreign minister Heiko Mass rejected receiving help from Turkey citing human rights issues and suggested to seek help from China. Laschet stood up Mass and ended up getting Ankara’s help for his own state. Armin Laschet has been named “Turk Armin” by German media for his close relations with Turkish-German community and on Saturday, he won the leadership of Germany’s governing CDU after 16 years of Angela Merkel occupying the office. And Turkish-German relations now looks brighter just when world powers reset their positions in the post-pandemic era.

Armin Laschet whom is believed to be Chancellor Angela Merkel’s favorite, beat his rival Friedrisch Merz in the second round of the digital congress to assume the office. Although, the party leadership does not automatically means chancellory candidacy, experts believe that Laschet would be running for the CDU in September’s general elections. Another possibility is that Laschet’s ally, health minister Jens Spahn could be chancellory candidate, leaving Laschet solely with the party leadership. “ Either way Turkish-German relations will get better in post-Merkel era,” said Turkish-German journalist Ihsan Kilic while pointing out Laschet’s good relations with Turkish German community.

Armin Laschet attended the the opening of a mosque in Aachen back in May of 2018. He said during an interview with Turkey’s public broadcaster that “Islam does belong to Germany,” apparently reacting to Gernan Interior Minister Horst Seehofer who had said Islam has no place in Germany. Laschet’s appearance at the opening of a mosque which belongs to Turkish Islamic Union of Diyanet or DITIB, which have been back then accused of espionage by the German authorities meant a lot. Laschet quietly grilled a German reporter right before the opening for asking a question about the baseless espionage allegations. “This is not the time nor the place, we are here for the opening of a worship place,” Laschet angrily whispered in the ear of the reporter.

German main stream politics have been poisoned by far-right rhetoric in the recent years. Angela Merkel have always refrained taking a position that would harm Berlin’s relations with Ankara beyond repairs but she has not been able to stop the rest of the political spectrum or the infamous German media. However, in the light of coronavirus and the violent events in Washington that exposed fault lines among the American community for the first time, several countries have been re-positioning itself in the new global order. Even French president Emmanuel Macron have sent a hand-written letter to Turkish president Recep Tayyip Erdogan to make a fresh start after carelessly damaging the bilateral relations. Armin Laschet winning the CDU leadership and possibility of becoming the next chancellor will certainly provide much-needed opportunities both for Ankara and Berlin to strengthen the relations.