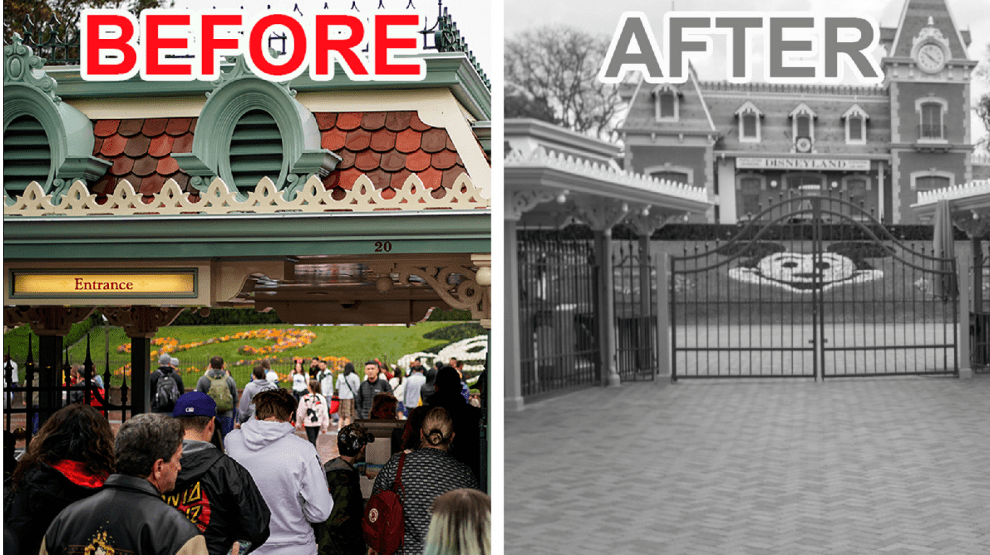 Artist Michael Parkes quoted this melancholic message from an unknown source on his Facebook page:

“Suddenly Disney is out of magic,

Paris is no longer romantic,

The Chinese wall is no longer a fortress, and Mecca is empty.”

When German philosopher Friedrich Nietzsche discovered in 1882 through Charles Darwin’s primitive microscope – which, in 1865, was still called the “magnifying instrument” that could not even show the inside of a cell – that we do not need holy scriptures to understand existence, he simply declared that “God is dead.”

This declaration was good enough for humanity, at least its proportion living in the housing quarters of military-industrial complexes, universities and in the Montmartre, Soho, Greenwich Village and similar bohemian districts of major capitals, to find a new creator in science. Science, to be exact, would explain everything and do everything. It was this modernist world that ushered in not only a can-do generation but also shook our trust in the old truth. Science was now promising new truths; it would be one simple path to heaven on Earth. We would find the cure to all diseases; we could raise the dead ourselves. No need for the prophets of the holy books. Yet, this scientific age of humanity did not last long.

World War I not only killed 20 million people, but it killed the truth once again. In two short decades, scientifically equipped humanity killed another 75 million as well as our trust in ourselves. As the quadriplegic history professor Tony Judt dictated in his last book, humanity lost its collective memory. We are nothing if there are no memories. We thought it would never be the same.

Post-modernism sank in for good. Novelists, poets and artists lost their hope in us and in themselves.

Yet, somebody discovered a chip that could remember for us. Even though it knew nothing but two bits of information, a one and a zero, but that was good enough for us to create artificial intelligence, self-driving cars and trucks, telescopes that could see the end of the universe, as well as a whole lot of things inside a cell that Darwin had missed. Our confidence rebounded. As the generation of Judt’s father regained their confidence by playing with cars in the postwar era, our fathers and our generation healed our post-truth wounds playing with our computers, cell phones and artificial intelligence. Even our confidence in God has revived. More people refound solace in Mecca and St. Peter’s Square. We could invade the universe, our 3D printers could create things; the transportation of documents, books, images and videos were now happening at light speed. We could even extend our international competence to the degree of a nuclear holocaust. We were so sure of ourselves that we had amassed nuclear bombs that could wipe out all civilizations 30 times over.

Either on the last day of last year or, as some cynical epidemiologists suggest, at least a year ago, a tiny bundle of sugar and fat – 120 of which could be as wide as a human hair – learned a trick or two from its predecessors, like jumping from its animal hosts to humans and replicating itself using human cells. Suddenly all that progress and reemerged positivist self-confidence of humanity went away. We knew that tiny bundle inside out. We have been following its mutation since 1930. Yet, our natural or artificial intelligence, our multibillion-dollar laboratories, over 20,000 free articles, book chapters and books on it could not come up with medicine or a vaccine to stop it.

“Suddenly you realize that power, beauty and money are worthless and can’t get you the oxygen you’re fighting for. The world is sending us a message: ‘You are not necessary. The air, earth, water and sky without you are fine. When you come back, remember that you are my guests. Not my masters.’”