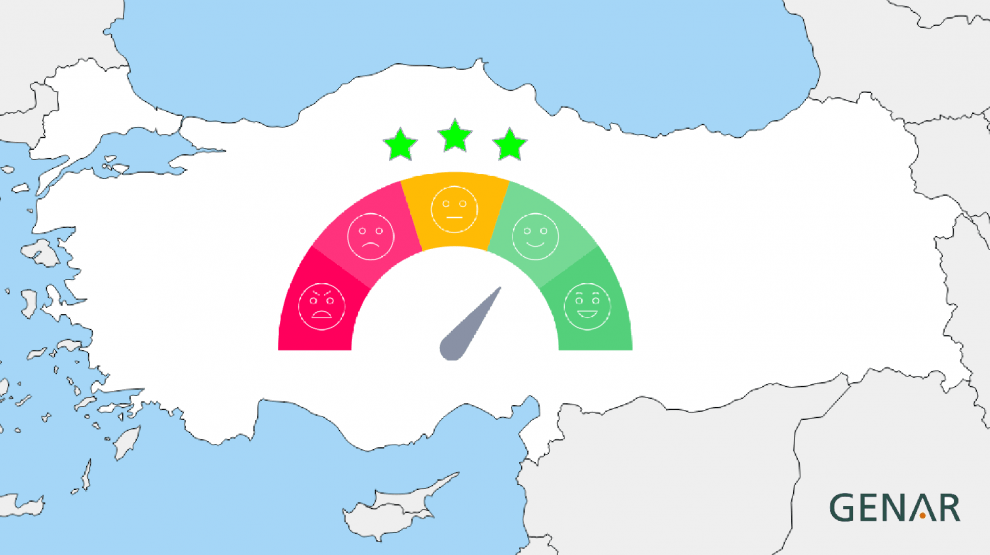 During the last decade, Turkey came face to face with serious crises, unprecedented in Turkish history. Some of these crises were composed of systematic problems, such as a long-standing military tutelage and an accompanying series of coup d’etats, a clumsy bureaucratic mechanism, a persistent tradition of anti-democratic practices and a nonindependent state administration which had been open to international intervention via the NATO channel. All in all, Turkey has long strived to reestablish and reconstruct its democratic system despite its unrelenting struggle against the PKK terrorist group for the last 40 years.

When the Justice and Development Party (AK Party) came to power in 2002, all of these problems took on a new meaning. As the AK Party pushed to resolve these gangrened problems thanks to its extensive popular support, powers discontent with Turkey’s rise aimed to overthrow the AK Party government.

In the beginning of its political power, the AK Party was welcomed both by internal and international public opinion. However, the circles around the long-standing military tutelage were resentful of losing their political power and thus bitterly opposed the independent attitude of the civilian AK Party government. Despite all odds, the AK Party won a difficult war against militarism.

In terms of global context, Turkey emerged as a rising power in 2011 with its growing economy and working democracy. As a Muslim country with a developing democracy and a prospering economy, Turkey was one of the inspirations behind the eruption of the Arab Spring.

While the Arab Spring overthrew the long-standing dictatorships in the Arabic countries, global powers felt uneasy about losing their control of the region. While the Egyptian revolution was suppressed by a coup d’etat, Syria was dragged into a wholesale civil war.

On the other hand, Turkey has emerged anew in the face of its own crises by restructuring and strengthening its state structure.

Although the Gezi events appeared at first glance to be leftist, anti-governmental protests, it was later seen that the events were designed by the Gülenist Terror Group (FETÖ) and global powers. While FETÖ managed the process with its agents in the police, CNN International broadcasted the events uninterrupted.

Let’s look at the attempted judicial coup d’etat of Dec. 17-25. FETÖ aimed to overthrow the government via its forces in the judicial and police branches. The attempt failed thanks to the leadership of President Recep Tayyip Erdoğan.

On July 15, 2016, FETÖ aimed to overthrow the government via a full-fledged coup d’etat by using its forces within the Turkish army. Once again, the unity of people and the leadership of Erdoğan defeated the coup d’etat of July 15.

During the Syrian civil war, Turkey and Syria disagreed about the Syrian regime’s killing of innocent civilians. At this political conjuncture, the PKK, Daesh and FETÖ began to execute terrorist attacks in Turkey. To put an end to these terrorist attacks and nullify the accusation about Turkey’s support for Daesh, Turkey launched Operation Euphrates Shield and became the first country that defeated Daesh. Meanwhile, the operation proved the capacity of the Turkish army in realizing such a comprehensive cross-border military operation despite the attempted coup d’etat of July 15.

When the resolution process ended, the PKK launched its trench warfare, while strengthening its threatening position around Afrin with the PYD. With Operation Olive Branch, Turkey eliminated the PKK threat both inside and outside of its borders.

After Turkey came to terms with the United States in removing the PKK from the Syrian border provinces, Turkey launched Operation Peace Spring to end the attacks by the Syrian regime on Idlib. Eventually, Russia and Turkey agreed to preserve the non-conflict zone of Idlib, and thus, to secure the borders between Turkey and Syria.

Turkey has drastically changed the dynamics in the Mediterranean by entering into an agreement with Libya by establishing an exclusive economic zone and maritime jurisdiction.

In the face of the ongoing coronavirus pandemic, Turkey has invested its full capacity to protect its population. As every crisis is a test, Turkey will emerge from this crisis by strengthening itself. According to one of our recent surveys at the GENAR, 60% of the public believes in Turkey’s success.

Only in Turkey: Opposition Objects Free Mask Deliveries to All Citizens
Corona virus kills, so does capitalism
Comment