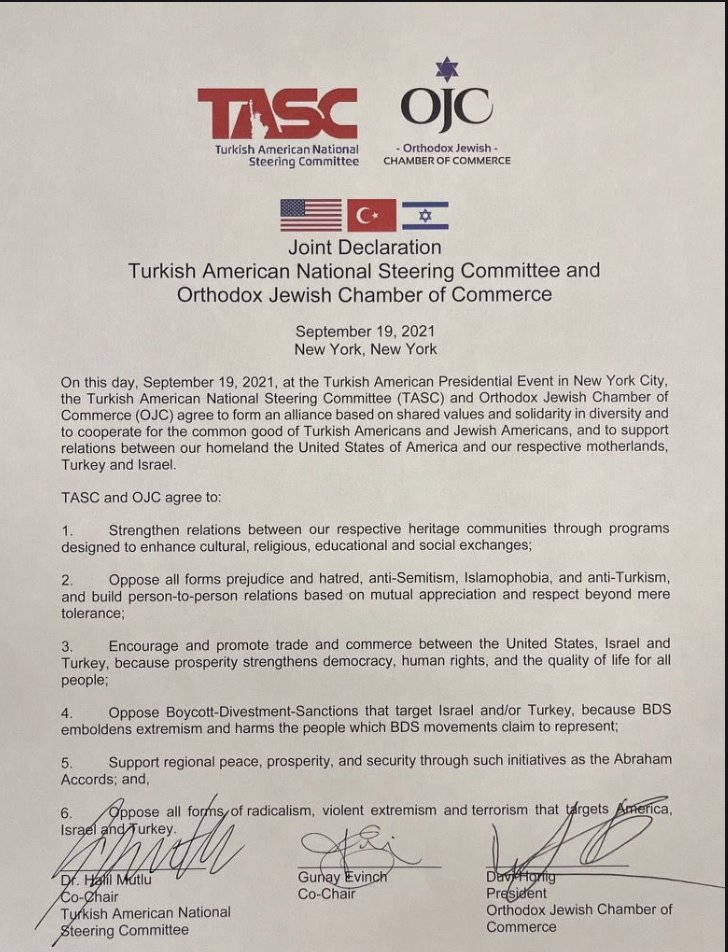 TASC (Turkish American Steering Committee) has announced it withdrew from the Joint TASC-OJC Declaration, which it co-signed with Orthodox Jewish Chamber of Commerce. The withdrawal came after massive criticism from Turkish and Muslim groups in both America and abroad. TASC had promised to tackle with BDS and support Abraham Accords initiative by the declaration. While BDS is a peaceful NGO defending Palestinians’ rights, Abraham Accords was signed between Israel and a few Arab countries. Turkish government had opposed the accords. Another criticism was the involvement of commercial NGOs to political issues. Analysts say such institutions must keep away from politics.

Due to lack of proper consensus, TASC is withdrawing from the Joint TASC-OJC Declaration. We look forward to further discussions and dialogue with all interested parties for peace, prosperity and security. pic.twitter.com/LkgRmuaRhT

Where will Turkey stand when the world becomes multipolar?
International Relations is What France Gets It Wrong