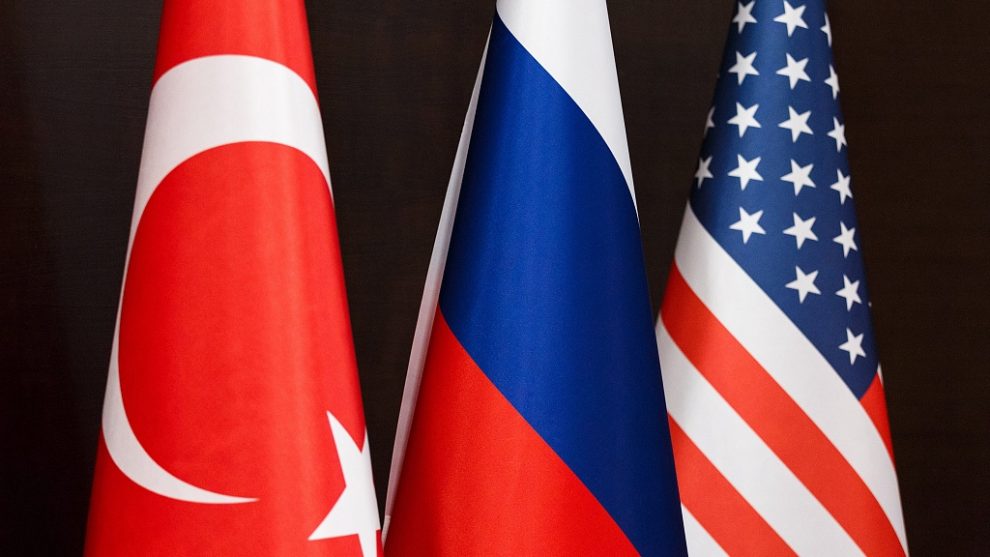 As we have written many times before; The United States is no longer an absolute superpower. It is simply the most powerful state in the world and the gap with other countries is closing fast. On the other hand, it will be correct to call China a superpower. China has grown so much that the US and the Western world cannot invade or divide China by using hard power. The most they will do is to prevent its spread without using power, and the alliance called AUKUS, which was formed recently between the USA, England and Australia, is the most concrete step for this purpose.

As a reward, Australia took the submarine tender of 90 billion dollars from France and gave it to the other two countries. Honestly, it is not befitting for any country to break its word, but it was not surprising for Australia, a member of the Western society, which sees international relations from a realist perspective. In fact, even if Australia’s decision is not moral, it is not so wrong from their point of view. Today, if China threatens Australia, the USA and Britain can help it, but France will neither have the caliber to confront China nor will it sacrifice itself for the Australians. Besides, fighting China is not like colonizing the poor African people. Therefore, it is not wrong for Australia to let France down for its own sovereignty.

France will try to avenge the last move, but it will fail. It cannot convince other European countries to side with itself. Perhaps, it will be whining, but you shouldn’t expect it to be successful. Therefore, it will have to bear the last cheating and will take a position against China in the Western bloc. Because China is growing exponentially and if left alone, it will be the most powerful state in the future.

The world is rapidly entering a bipolar system. While China is trying to find new allies, the Western tries to strengthen its ties under the leadership of the USA. They will probably stand against China as a whole including France. So, what will be the place of Turkey in the bipolar world then ? In fact, it is the best decision to follow a policy of balance and not support any side. Instead of being a member of one side and facing the other side, it is the best option to remain away from both sides.

However, my prediction is that Turkey will approach the West over time since it is already a country in the Western bloc, albeit partially. Besides, a bloc led by China does not have much to give to Turkey. On the other hand, joining the Western alliance will mean that Turkey will be the first target in a possible war as it will be one of the closest allies to China geographically. During the Cold War period, Turkey again felt the closest threat as it was a neighbor of the Soviet Union.

But if it can follow an independent policy and even form small alliances with its close friends, it can win more than losing. Genar Research Center President İhsan Aktaş, one of the most valuable analysts of Turkey, brought up a project that was terminated before it started on the agenda again. In 2008, the Close Neighbors Economic and Trade Cooperation Council (CNETAC) was established between Turkey, Syria, Jordan and Lebanon. However, the Arab Spring (especially the Syrian civil war) prevented this project from being realized.

Even if Syria is not included, another move can still be made by taking a step towards customs union with the remaining countries and new countries. Turkey is the most powerful country in the region and the only country that can lead regional countries. Turkey and its friends can form such an alliance and establish a pole next to the two great poles and stand at an equal distance from the great ones. It is obvious that the Western world does not want to see China as its rival. China is growing at an unstoppable speed. When the elephants collide, it may be the right decision to stand on the sidelines instead of being in the middle. Any other decision would be to become a wagon to one of the two poles.