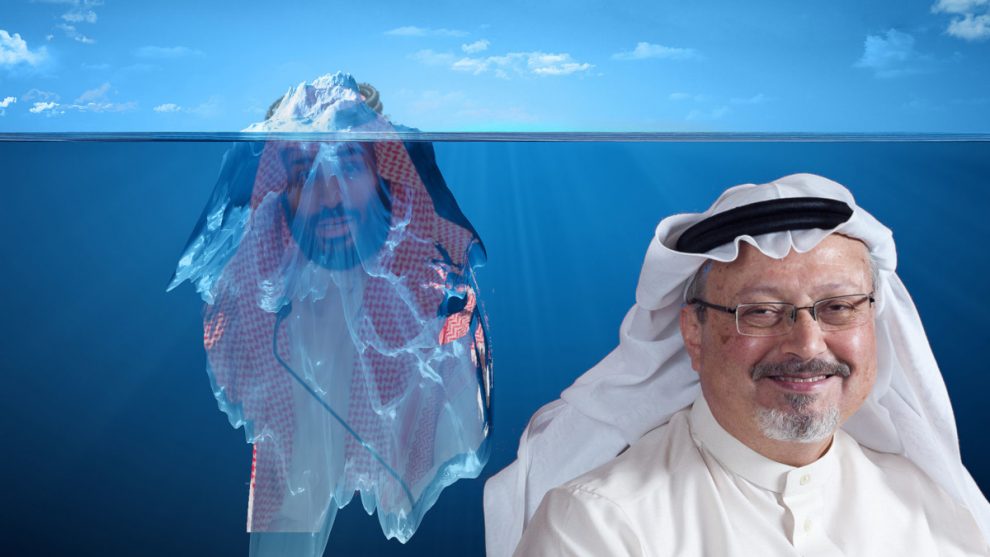 The Saudi statement on the Khashoggi investigation is not a concrete explanation and offers no clarifications on the murder. The Turkish side is relentlessly following the tracks of the case

While Saudi Arabia’s public prosecutor Saud al-Mojeb was flying back to Riyadh from Istanbul, the Istanbul Chief Public Prosecutor’s Office announced to the press for the first time the information they have obtained on the Jamal Khashoggi murder as a result of the investigation run by security units. When I asked the meaning of this statement of a senior official, he said: “It means we will not let this go.” According to the statement issued by the Istanbul Chief Public Prosecutor’s office, the body of Saudi journalist Jamal Khashoggi was dismembered after he was choked to death in the consulate general of Saudi Arabia in Istanbul. Since he was strangled as soon as he entered, this shows this was a premeditated plan. It was not an interrogation gone wrong as the Saudis claimed first and then had to accept it was premeditated.

The frustration of the Turkish side was apparent in the statement that underlines that “no concrete results were reached during meetings with the Saudi attorney general despite good intentions,” and there was an obligation to reveal the prosecutor’s office’s findings on the investigation, given the severity of the action.

Although the two senior prosecutors had two consecutive meetings lasting for hours, no concrete explanation was provided by the Saudis. In the end, al-Mojeb bought cases of Turkish delight and went back home with neither answers to shed light on the investigation nor any attempt to extradite the 18 suspects who committed this heinous crime in Istanbul. I guess most particularly because courts in Turkey, unlike Saudi Arabia, are transparent and open to the public.

It is common knowledge by now that the crown prince has a strong grip on the security apparatus of the state and that the death squad was filled with people in his close security circle. One of them, Mutreb, even made four calls to Crown Prince Mohammed bin Salman’s office on the day of the murder. So far, the person who should answer these questions kept his silence, and there is a very good chance that justice will never be served and that we might never learn what happened to Jamal’s body after all.

Unless the U.S. exerts pressure, the Saudi government will most probably claim that they had punished those responsible for this crime, but the suspects will not be harmed anyway because if you do not protect the ones doing your dirty business, you will always have to look back over your shoulder.

Waves Burst from Time to Time
The Criticism Of Atheism
Comment