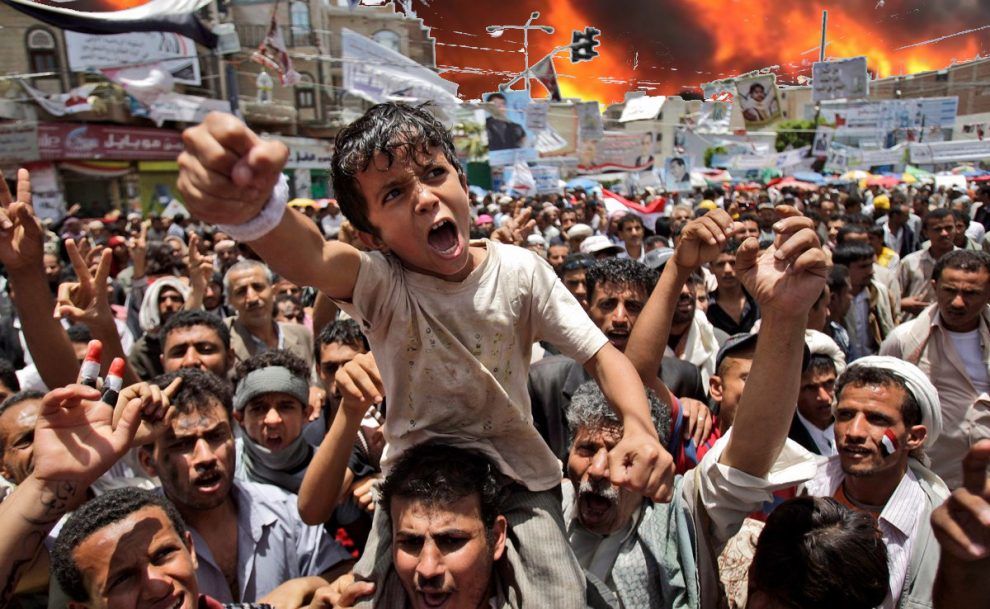 Modern history teaches us to believe that revolutions are led by the masses, despite the good intentions of the idealist elite

The political Tsunami that swept the Arab lands from Manama to the shores of Tripoli, finally came to rest in Algiers’ harbor eight years ago. That day the road was paved by Mohammed al-Boua’azizi, an average citizen struggling to put bread on his family’s dinner table, who became the Arab uprisings’ pioneer by immolating himself for lack of justice, opportunity, and liberty in his country.

His story came as a shock and awe not only in Tunisia, but in the entire MENA region to hear that a university graduate was obliged to push a fruit & vegetable cart day-in and day-out to feed his family. In these circumstances many Tunisians felt he might be better off dead than living under such tough conditions. Like one Tunisian put it: “suicide is forbidden in Islam,” he continued, “what he did was not right, but I understand why he did it.”

Yet Mohammed al-Boua’azizi would never know that his desperate gesture would provoke a surge of political disorder in the region, one which scored a direct hit on Arab regimes’ salons. Its impact pushed some leaders to flee, others to leave the palace, even one eventually found in a culvert, the other decimated by an opposition RPG rocket. Whereas an Arab leader made it clear to his people: “My ruling family or I burn the country.” (al-Assad aou harq al-balad).

The debris from this political tsunami turned quickly into a geo-political nightmare.

The dialectic and to some point the dialogic in macro-sociological terms of this sociopolitical change in the region led to a current of counter-revolts either to stop the tides or to demonize the emerging forces of change, thus creating a violent and bloody alternative to the peaceful uprisings.

As a result, powerful vocal Arab regimes with the West’s approval excelled to demystify the anger fueled by the deadly gesture of Mohammed al-Boua’azizi and the dreams of the masses who clamored aboard the boat of liberty.

Thus the Riyadh-Abu Dhabi axis on one hand, and Ankara-Doha axis on the other. The former was very cautious and worried about any change that might alter the region’s status quo and turmoil, arguing that the “Islamists/Brothers” would benefit from the outcome of the Arab uprisings and use democracy for religious purposes!

As for the latter it gave the benefit of the doubt to the new transgressing political and ideological forces including the Islamists, who were the direct winners, and managed to make it sound like an Islamists Spring, winning national elections in Morocco, Tunisia, Libya, Egypt, and Yemen.

But the Riyadh-Abu Dhabi axis with its large reservoir of money, the heavy weight of an obedient media, and later availability of weapons ended up evaporating the hope of the masses and the romantic elite through coups and oppression and inciting societal chaos; meanwhile Doha-Ankara axis kept its bases relatively safe, and kept the hope of the so-called Arab Spring alive.

Until last month the brutal disappearance of the Saudi journalist Jamal Khashoggi echoed another sociopolitical shock and wave throughout the world news media. Its tremors registered an attentive interest among the pro-Arab Spring, Arab intellectuals, Turkish leaders, media, and elite, AKParti rhetoricians, al-Jazeera reporters and analysts, and surprisingly the U.S. media.

Some analysts have qualified the tragic story of the Saudi journalist as a potential resurrection of the Arab uprisings and the Mohammed al-Boua’azizi dream.

One could argue, however about this nostalgic parallel for those who wish to see political plurality and accountability replacing social and political injustice in their countries, in the aftermath of Jamal Khashoggi’s story and Mohammed al-Boua’azizi’s death. Yet while one wanted and wrote actively about freedom and democracy to reign in his country, the other did not predict or even consider his death would galvanize millions of wretched Arabs to rise against their tyrants.

Unlike Jamal Khashoggi, whose death attracted million of viewers, hundreds of social media activists, friends and colleagues whom shared his views denouncing the syndicate crime of his assassins. Hence it is more or less a world-wide news incident  following other tragic news coming from the region.

Undoubtedly, the socioeconomic ingredients and the high level of hopelessness are still boiling in the region’s pot like the pre-Jasmine revolt. Recent riots in the so-called new Iraq, protests groups in Algeria, Morocco and Tunisia, and self-immolation cases have served as events through which the velvet political opposition and the cocktail party elite are in a very difficult position to capitalize, because like the regimes they are discredited to convince the masses to rally behind them, since any opposition in the region is already labeled as elitist and irrelevant, if not non-existent.

This is why the tragic story of Jamal Khashoggi did not have a solid echo among the masses.

Nevertheless, there is an opposition that emerged in the post-Arab uprisings led by genuine Human Rights groups, including feminist activists, former political parties’ leaders and statesmen who have a certain credibility.

However, their message has been lost in translation owing mainly to the political ruse of the leaders currently in place, considered to be providential leaders by their followers and cronies, notably those in the media and business community. A large segment in Arab countries today believe they ensure stability and territorial integrity like in Algeria for instance.

Therefore, there is a minority that reproach them for acting like tyrants, naturally thanking of ending the Joumloukiyate regimes and putting the regimes in the panic mode. Such a thinking made the Saudi authorities commit this barbarian act because Jamal Khashoggi held the ruling Royal family system responsible for change and reforms; he was aware of the fact that it was not an easy task to pursue, since Arab regimes have been like this for decades. The masses on the other hand know that face-lifts and hair-dyes worked very well for the Arab leaders as they do for their institutions.

Arab people were happy for Tunisians, Egyptians, Libyans, Syrians, Yemenis, Bahrainis, and the rest who will follow, even though they realize it is only a Tunisiami and not too much of a political volcano after all. Tunisians like Algerians and Moroccans alike are still opting for al-Harga (illegally crossing to the northern banks of the Mediterranean), skipping al-Hogra(economic injustice) looking for a better life, like the Syrians who are dying on Greek shores, facing racial profiling in Antep, Urfa, and Istanbul, and begging at stop light intersections and Mosques’ gates in Parisian suburbs.

Paradoxically if there is a parallel between the two stories, modern history teaches us to believe that revolutions are led by the masses, despite the good intentions of the idealist elite who militate for the noble cause of reforms, smooth out a political transition — hence there is a solid concrete wall to cross, in spite of the out cry of the West (elite and leaders) for more reforms and liberty, before the spark of the second wave of the Arab uprisings can ignite.

The level of violence caused by the 2010 bursted waves is still in the mind of the masses, ask the Algerians about their Red decade in the ‘90s, the Syrians and the Yemenis, they all will tell you: “we felt deeply saddened by the story of Jamal, but it is just another dark cloud over our sky, al-Mahdi Ben Barka in 1965, Moussa a-Sadr in 1978, and Jamal Khashoggi in 2018.”

The West prefers institutionalized anarchy and chaos over thinking and visionary order, following the Jasmine Revolt the E.U funded the construction of a new “covered” market, instead of encouraging independent think-tanks and Human Rights organizations to flourish, to promote peace, civility, and prosperity; President Trump promised to punish Jamal Khashoggi’s assassins, but the promise is only a politically artistic “Trump l’oeil.”

Khashoggi is just the tip of the iceberg in the Saudi crackdown on dissent
The end of the Khashoggi investigation, or just the beginning?
Comment