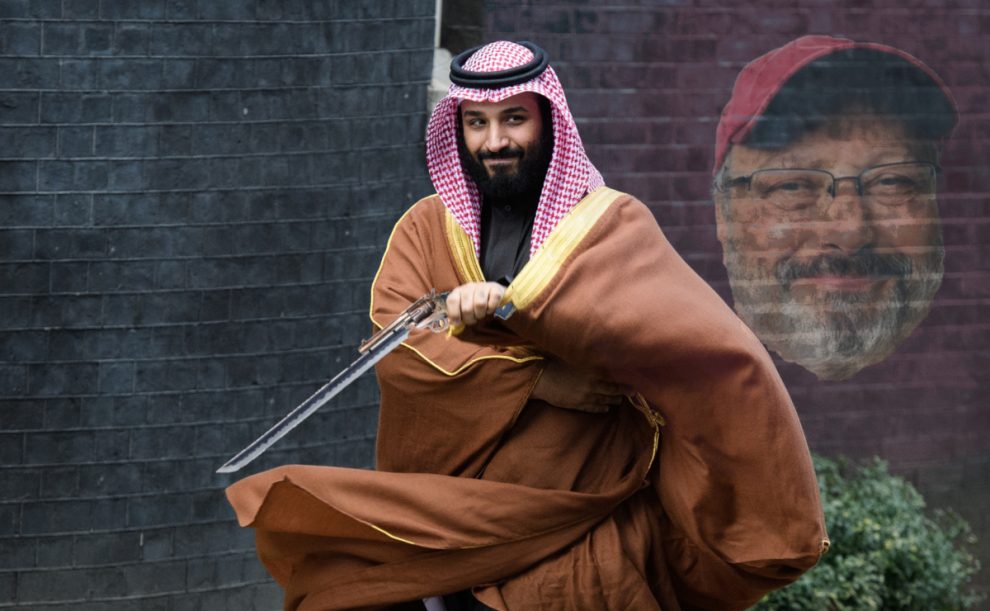 The killers of Saudi journalist Jamal Khashoggi may have gotten more than they bargained for.

The killing has sparked multiple battles that are likely in coming months to shape relationships ranging from that between the United States and Saudi Arabia to those between US President Donald J, Trump, his Republican party, the US Congress, and the country’s intelligence community.

The fallout of the killing could also shape Mr. Trump’s ability to pursue his policy goals in the Middle East, including forcing Iran to its knees and imposing a settlement of the Israeli-Palestinian conflict.

Rather than putting an end to differences over how to respond to Mr. Khashoggi’s killing, Mr. Trump’s decision to stand by Saudi Arabia and its crown prince, Mohammed bin Salman, irrespective of who may have been responsible for the murder, marks the opening of a new round in what prominent journalist Rami Khouri dubbed “a new era in the Khashoggi case.”

The battles are likely to be fought on multiple fronts. One venue will be the Group of 20 (G-20) summit at the end of this month in Argentina with Prince Mohammed, whom the Central Intelligence Agency and many in the US Congress believe to be responsible for the killing, in attendance.

How Prince Mohammed is received at the summit is certain to indicate to what degree the crown prince’s international standing has been tarnished and may constitute a reality check for him of the damage Saudi Arabia has suffered as a result of Mr. Khashoggi’s killing.

It will also serve as one indication of how much of a battle Mr. Trump may have to fight in seeking to ensure that Prince Mohammed remains insulated from consequences of Mr. Khashoggi’s death.

To be sure, Prince Mohammed decided to attend the G-20 summit prior to Mr. Trump’s decision to take no further action against Saudi Arabia. Nonetheless, by attending the crown prince, emboldened by Mr. Trump’s support, “is daring his international critics to put their rhetoric into action and betting that they won’t,” said Gulf scholar Kristian Ulrichsen.

The stakes for both Mr. Trump and Prince Mohammed are high.

In leaking its conclusion that Prince Mohammed was responsible for the killing, the CIA was sending two messages: its willingness to take on Mr. Trump against the backdrop of a long strained relationship between the president and the intelligence community and the suggestion that the agency does not believe that Prince Mohammed’s survival as king-in-waiting is crucial to US national security or the stability of the kingdom.

Both messages feed into what potentially constitutes the first major policy confrontation between Mr. Trump, the Republican party and Congress. Anti-Saudi sentiment was mounting in Congress already before Mr. Khashoggi’s killing because of Saudi conduct of its war in Yemen that has created the worst humanitarian crisis since World War Two. The killing appears to be propelling the Congress into action.

The CIA’s implicit challenging of Mr. Trump’s assessment of the importance of Prince Mohammed was followed by a report  by the Washington-based Center for International Policy that concluded that US arms sales to the kingdom accounted for fewer than 20,000 US jobs a year – a far cry from the hundreds of thousands of jobs asserted by the president.

Prince Mohammed’s reception at the G-20 summit coupled with the outcome of the potential battle between Mr. Trump, the CIA and Congress could also shape developments in Saudi Arabia.

The kingdom has so far dug in its heels with King Salman relying on concepts of prestige and honour as well as patronage to signal full support for his son while Prince Mohammed appears to be trying to show that Saudi Arabia is not wholly dependent on the United States.

Bolstering the Center for International Policy report, Reuters reported this week seeing a letter pre-dating the Khashoggi killing in which Prince Mohammed instructs the defence ministry to “focus on purchasing weapon systems and equipment in the most pressing fields” and get training on them, including the Russian S-400 surface-to-air missile system.

The letter takes on added significance with Germany this week imposing an arms embargo on Saudi Arabia and the US Congress potentially adopting similar measures.

The letter goes to the heart of debate in Washington that beyond issues of values is about the importance of the US-Saudi relationship. Members of Congress, and the intelligence and foreign policy community question the relationship’s significance despite Mr. Trump’s insistence on the value of Saudi arms purchases as well as the kingdom’s importance in managing oil prices and supporting US policy in the Middle East.

“The real facts are: 1) the Saudis need US weapons and equipment more than we need to sell them, in part because they demonstrate the US security commitment to the kingdom; and 2) it would be very difficult and expensive for the Saudis to make good on their periodic threats to ‘buy foreign’ if they can’t get what they want from the United States,” said former US Middle East negotiator Aaron David Miller in an article for CNN co-authored by Richard Sokolsky.

Messrs. Miller and Sokolsky went on to question Saudi Arabia’s importance in countering Iran and forging an Israeli-Palestinian peace settlement. “Saudi Arabia has proven to be too weak and incompetent to be a bulwark against Iran; on the contrary, it has been an enabler of Tehran’s influence,” the two men said.

They cautioned that “direct and under-the-table (Saudi) contacts (with Israel) are a far cry from open meetings or support for a US peace plan that on issues like Jerusalem and borders violates the Arab consensus and could hand Iran and Sunni Muslims a propaganda windfall.”

Despite mounting criticism of the kingdom, most analysts argue that Prince Mohammed is likely to weather the Khashoggi crisis.

Saudi Arabia is, nevertheless, already feeling the fallout of the crisis not only internationally but also in terms of the prospects for Prince Mohammed’s plans to reform and diversify the kingdom’s economy.

The crisis was one reason why Aramco, the kingdom’s giant national oil company, shelved plans to embark on a massive corporate-bond sale to fund a US$70 billion stake in national petrochemical firm SABIC. The sale was considered after Saudi Arabia earlier suspended plans to take Aramco public in a move that Prince Mohammed had hoped would raise US$100 billion.

Close ties with the United States have long been at the core of the ruling Al Saud family’s survival strategy. They were also at the heart of the approach of Prince Mohammed who appeared determined to ensure at whatever cost US reengagement in the Middle East in alliance with the kingdom following former President Barak Obama’s perceived pivot towards Asia and determination to bring Iran back into the international fold.

The rise of Mr. Trump appears to hold out that promise. Mr. Trump’s decision to stand by Saudi Arabia and its rulers no matter what positions the president as the kind of friend the kingdom can rely on. The coming weeks and months are likely to be a litmus test of Mr. Trump’s ability to keep his end of the bargain.