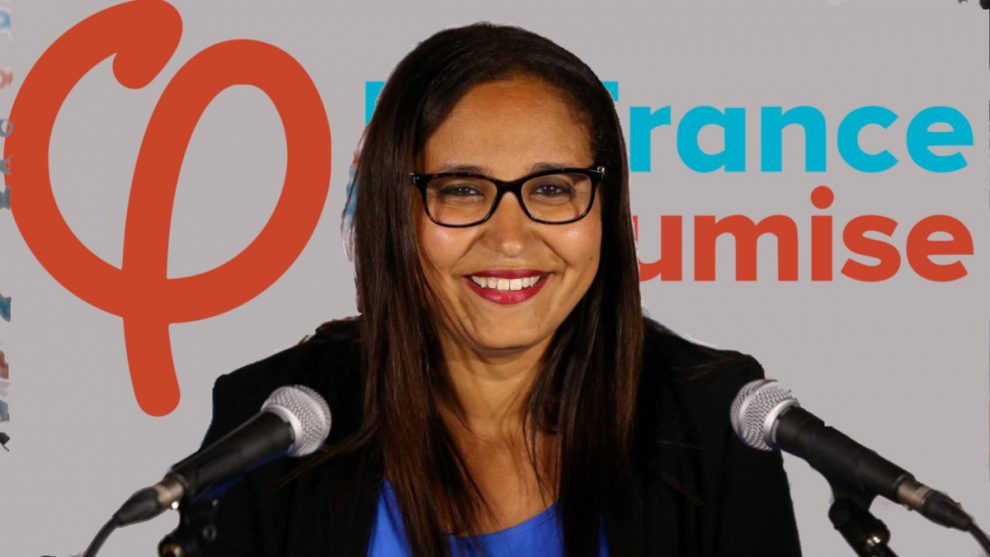 City Council Amrani is becoming known for going where no Arab-Muslim woman has gone before, challenging the establishment and the media, fighting to get to the French Parliament.

Council Farida Amrani, a leading-edge Arab-Muslim woman, is the new face of la France insoumise (LFI) Party, Union, and community rights movement in Île de France Region, Essonne Department (91) — MP candidate Amrani is eager to talk about where she fits into French political history, just not in the way one might expect. Around the Essonne Department (91) and to some extent the country, Ms. Amrani is becoming known for going where no Arab-Muslim woman has gone before, challenging the establishment and the media, fighting to get to the French Parliament. 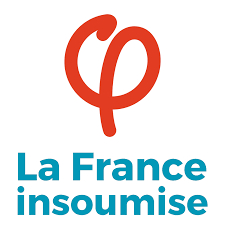 The 42-year-old Union activist and City Council doesn’t shy away from that story, exactly, as [we] spoke on a terrace of the Bastille Café facing the “July Column” last September. She knows why she is getting so much attention, and insists she is not tired of discussing it.

But what really gets her going, and makes some members of her Party comfortable, is the role she sees for herself in bringing a fresh perspective of the Left militants’ movement to 21st century French politics. It’s an opportunity for her and her Party, and a role she eventually hopes to fill if she is elected next Sunday.

Last Sunday, in the first round of the Essonne C-1 partial legislative election, marked by a very high percentage of abstention, Mayor Françis Chouat (ex-Socialist Party member) and Council Farida Amrani (LFI) made it to the finales to be held on Sunday, November 25th, in a run-off to retake the seat of the controversial former French politician Premier Valls, who just “re-immigrated” to his town of birth Barcelona, Spain to run for the city Mayorship next summer!

Bearing no “surprise” effect on the partial legislative election, the abstention number reached nearly 84% of the registered voters who decided to stay home or join the “Yellow Vest” protests. It’s been a hot weekend for President Macron and his (Marcheurs) majority in the Parliament. Françis Chouat, Mayor of Évry and a protégé of Manuel Valls, got 30% of the vote, whereas Council Farida Amrani got 17,8%.

The opponent of Council Amrani is the candidate of President Macron LReM Party as well as the majority of the District LR’s local leaders and mayors. It sounds like a classic French politics dual: Right & Center-Right vs. the Left. On Sunday evening, Ms. Amrani’s campaign was relieved to learn she had made it to the finales; it would have been a severe blow for her and her Party if she didn’t. Oddly enough, victory came at a moment when President Macron’s popularity has been heading south since the ‘BenAlla Scandal’, and the so-called angry French “Periphery” has decided to go neck to neck with the President over the decrease in households purchasing power, plus the rise in fuel tax; as such the movement is backing a protest that threatens to paralyze the entire country in the near future. It should be a landslide victory for the LFI candidate.

Yet the radical Leftist opposition and its resentful leader Jean-Luc Mélenchon, (behaving like Dr. Howard Dean during the Democratic Party 2004 primaries), are having a hard time in an effort to capitalize on the on-going protests against President Macron’s tax policy, the reform of SNCF (national train system company), as well as education and hospital reforms. Though the LR Party and the RN extremist Party are already making their voices heard among the nebulous protest movement. Nonetheless, they compared her score to last year’s legislative election of 2017, which according to her team was nearly identical.

Thus the LFI candidate and her team believe strongly that they’ve got a shot at winning next Sunday; they are counting on the mobilization of the Left, Ecologist voters and militants, and the young Arabs and Muslims of the District to go-and-vote. Knowing in the summer 2017 election against Manual Valls they came very close to win (139 votes), which pushed the LFI candidate to contest Premier Valls’ victory before the French Supreme Court (le Conseil Constitutionnel).

Ms. Amrani needs to surmount the Left currents’ intra-dispute and their leaders’ ego to win the seat and send her to the French Parliament to become the 18th LFI MP. To surpass these personal assumptions between the radical Left, the lost Communists, the Socialists missing-in-action and the Greens lost-in-translation appear more complex on the ground and an overactive strategy.

Such a strategy puts the LFI candidate in a vulnerable position, as the Communist leaders in the Department are calling to vote for the LFI candidate, unlike in the 2017 election when they didn’t offer their support. This election is also a test for the Left’s virtual united list for the next European and Municipal elections, it is crucial for the Left unity to oppose President Macron’s policies and the RN ex-FN progression in the urban areas and among the blue-collar voters who are shifting to the RN.

But the spectrum of abstention is haunting the LFI candidate, in spite of the lift of her Party heavyweight leaders, MP François Ruffin, a strong vocal critic of the President’s policies and reforms at the French National Assembly. He was once described by a British journalist accredited in Paris as France’s Michael Moore, but neither his persona nor his discourse has resonated with the Essonne C-1 voters during his appearance with Council Amrani at a campaign rally.

City Council Amrani and her team are hoping that the voters will turn out in massive numbers because the stakes are high and there is more at risk, notably for the middle-class voters; and the possible election of the non-partisan candidate Mayor Chouat would have national, political and economic repercussions.

All politics is local, but religion and ethnic roots are national; it raises the question of why the young Arab and Muslim people in France are not voting? And have shown to be less active and aware about their fate and the future in this stance. Unlike in the U.S. where the Arab and Muslim voters elected the first two Muslim women to serve in the U.S. Congress in their Districts, one a former Somalian refugee and the other, Palestinian-American.

Although in France Arabs and Muslims are not interested in politics. MP candidate Amrani, however, sees herself the candidate of the entire C-1-91, and not a candidate of an ethnic or a religious group. Regarding the young, “their vote does count, and can make a difference,” candidate Amrani told ADN.

Next Sunday’s election would resolve the electoral equation of the Left and its conflictual relation with the Right and the extreme-Right on the French Republic’s values and imperatives, whether the RN would be playing the king-maker in the partial election or the LFI candidate would succeed in carrying a rebellious voice to the French National Assembly — both a message to the political establishment and a demonstration of why the media and the Right find her voice upsetting like Jean-Luc Mélenchon, her Party’s leader.

In the Middle East everything has a price
The Khashoggi crisis: (Re)Shaping US politics as well as relations with Saudi Arabia
Comment