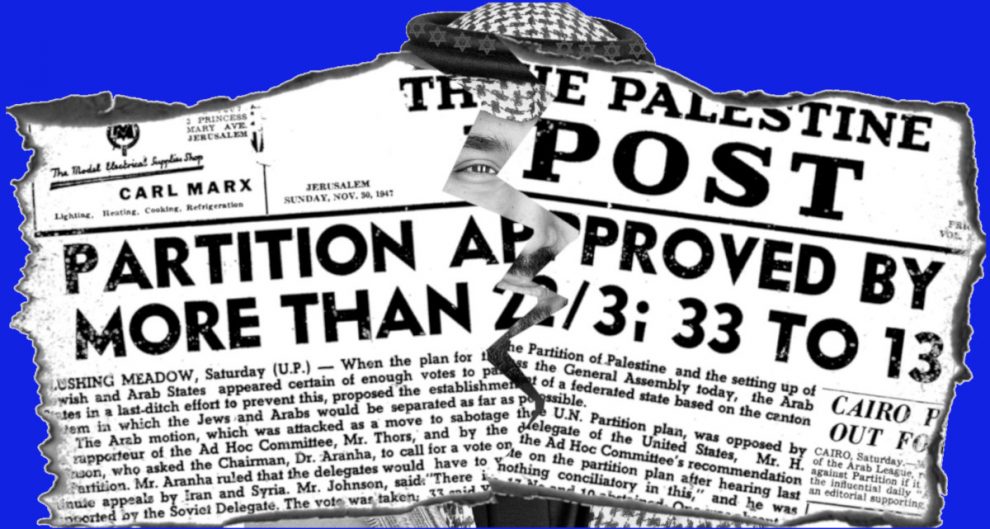 Call me a conspiracy theorist but there isn’t a day in our neighbourhood that there isn’t a concerted effort to ensure the annexation of the occupied territories into Israel proper.

Israel’s PM Netanyahu is now to visit Bahrain. The New Arab website reports that “Netanyahu’s office said the trip was ‘a prelude for something bigger,’ hinting at warming ties with other Arab states.”

No way man! Warm ties, even mutual diplomatic recognition among the Gulf States and Israel is not “something bigger.” Israel is a legitimate country with internationally recognized borders. If an Arab state develops warmer ties with it, it would be something they need to do. But the Arab world – if there is such a thing any longer – held back peace accords and diplomatic recognition of Israel with the intention of pushing it to withdraw from the Palestinian territories it occupied. Israel also militarily occupied areas of Southern Lebanon, Jordan and Egypt.

The “something bigger” is hijacking the occupied lands that include Jerusalem and annexing them. That plan was made public when Trump’s son-in-law had reportedly convinced the son of the Saudi King Salman, promising him two things: If he wants to revolutionize the line of succession from the king’s brother to the eldest son, the U.S. would help him to pacify the cousins; and they would help neutralize the reaction from the Islamic world when he moves to recognize Israel’s annexation of Jerusalem.

That son, Mohammed bin Salman (MBS), now the crown prince of the Kingdom of Saudi Arabia, seemed ready to recognize Ramallah as the capital of the proposed State of Palestine. He and his father did not strongly protest the U.S. when Trump sent his daughter and the son-in-law to christen the new U.S. Embassy building in the occupied Jerusalem. Had it not been for Turkey, neither the Arab League nor any other entity would have rejected the idea of Jerusalem as Israel’s capital. Thanks to Recep Tayyip Erdoğan, the president of Turkey and the term chairman of the Organisation of Islamic Cooperation (OIC), heads of the member states attended an extraordinary summit in Istanbul on May 18 to show solidarity with the Palestinian people and to denounce the relocation of the U.S. Embassy to Jerusalem.

Until his miscalculated step – to have the most effective critic of his moves toward what the U.S. calls “moderate Islam” Arab journalist and Washington Post columnist Jamal Khashoggi murdered – the crown prince had scored some domestic foreign policy achievements. He took some steps at home like diversifying the oil economy, allowing women to drive and going out alone and controlling the religious police. He single-handedly intensified the civil war in Yemen putting the country into the world’s worst humanitarian disaster in which one child dies every seven minutes. He laid economic siege to Qatar, and now Lebanon and Pakistan can be considered to be in his pocket!

A CNN editorial suggests the crown prince’s most spectacular achievement was his “bamboozling of Trump.” The network says the crown prince made the U.S. president look the other way even when his own intelligence agency said, “it is blindingly obvious that MBS had ordered the killing.” Yes, but who bamboozled who is not clear. Trump could look the other way if you killed every single one of The Washington Post columnists in exchange for $450 billion worth of military purchases and dropping oil prices to the one-third of their October levels.

Also, for Trump and Vice President Mike Pence, securing Jerusalem as the capital of Israel is a major election investment that money cannot buy.

Accordingly, Netanyahu’s Bahrain trip is “a prelude for something bigger” and that thing is the new Middle East. By the way, in a few days, it will be the 71st anniversary of U.N. Resolution 181 of Nov. 29, 1947, which called for the partition of Palestine into a Jewish state and an Arab state of which Jerusalem is the capital city. Forever.