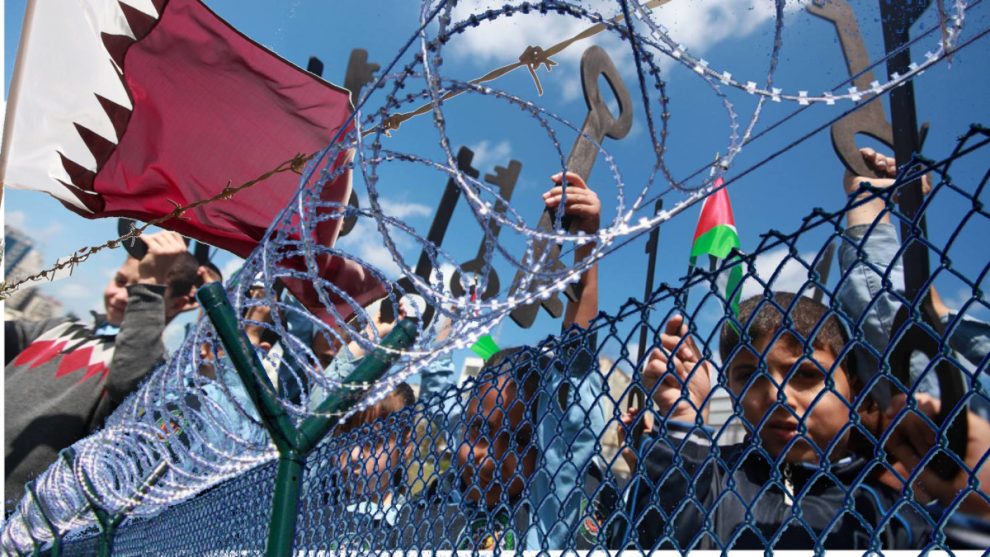 Dug in for the long haul in its increasingly bitter dispute with the United Arab Emirates and Saudi Arabia, Qatar is emerging as a key player in efforts to prevent tension between Israel and Hamas, the Islamist group that controls Gaza, from spinning out of control.

Qatar’s increasing role counters Saudi and UAE efforts to shape Palestinian politics in their mould. It further underlines the two Gulf states’ 15-month old failed effort to force Qatar to bow to their will by imposing a diplomatic and economic boycott.

The Qatari role takes on added significance in the wake of the Trump administration’s cancellation of all funding of the United Nations Relief and Works Agency (UNRWA) and a US-Israeli effort to terminate the UN body’s mandate and rejigger the definition of a Palestinian refugee in a bid to restrict Palestinian rights.

The Qatari role is also likely to be a litmus test of the willingness of Gulf states to support US-Israeli policy with the Trump administration asserting that Qatar, Saudi Arabia and other Middle Eastern and European states would only be allowed to fund UNWRA for the time being.

Israeli media reports said the Trump administration was insisting that funders ultimately would have to align themselves with the US goal of closing down the agency and redefining who is a Palestinian refugee.

The redefinition would exclude the descendants of Palestinians originally displaced in 1948 and reduce the number of recognized refugees from five million to an estimated 500,000. It would undercut long-standing Palestinian insistence on the right of return of the 1948 refugees and their descendants — a demand viewed by Israel as an assault on its existence as a Jewish state and an undermining of its claim to the right of the land.

It remains unclear whether any of the multiple countries stepping in to compensate for the US shortfall are willing to accept US conditions.

But in a possible indication of a shifting playing field, Palestine Authority President Mahmoud Abbas appeared to move away from his insistence on the establishment of an independent Palestinian state alongside Israel by saying that he would entertain a US suggestion for a confederation of Israel, Palestine and Jordan.

Mr. Abbas said he had said as much when asked by US Middle East peace negotiators Jared Kushner, a senior advisor to President Donald J. Trump and his son-in-law, and Jason Greenblatt whether he would be interested in a confederation.

Mr. Abbas did not say when the exchange took place. The Palestinian leader broke off all contact with the Trump administration after Mr. Trump last December recognized Jerusalem as Israel’s capital.

Israeli forces have since killed at least 166 Palestinians and wounded 18,000 others who participated in recent months in regular protests along the Gaza Israel border in demand of their right to return.

Israel and Hamas agreed in July to a ceasefire, mediated by Qatar, Egypt and the United Nations, to prevent Hamas rocket attacks and protesters flying kites with incendiary devices into Israel to which Israel responded with air strikes from spiralling out of control.

To make the ceasefire sustainable, economic support for Gaza where growth has been severely stunted as a result of a more than a decade-long Israeli-Egyptian blockade and now further aggravated by the US-Israeli assault on UNRWA is crucial.

Speaking in a series of interviews, Mr. Al-Emadi suggested that Qatari funding would depend on Israel and Hamas agreeing on a sustainable ceasefire. “It is very difficult to fund the reconstruction of Gaza in an event of yet another destructive war,” Mr. Al-Emadi said. He said he had “discussed a maximum of five- to 10-year cease-fire with Hamas.”

Mr. Lieberman’s discussions ironically constitute recognition of the utility of Qatar’s long-standing relations with Islamists and militants that the UAE, Saudi Arabia, Egypt and Bahrain cited as the reason for their diplomatic and economic boycott.

With exception of recent pledges to support UNRWA, countries like Turkey, the UAE and Saudi Arabia have focused on gaining political influence in Palestine rather than on economic development.

Saudi Arabia and the UAE have concentrated on the purchase in Jerusalem of real estate adjacent to the Temple Mount or Haram al-Sharif, Islam’s third most holy site, according to Kamal Khatib, an Israeli Palestinian Islamist leader, as well as Arab media reports

Saudi Arabia’s position, moreover, on the US-Israeli effort to undermine UNRWA and redefine the Palestinian issue is muddied by apparent differences between King Salman and his son, Crown Prince Mohammed bin Salman, who has been vocal in his support for M. Trump and empathy with Israeli positions.

Laying down the law, King Salman King Salman denounced the “invalidity and illegality” of the US decision to recognize Jerusalem. He told an Arab summit in Dhahran in April that he was donating $150 million to support Islam’s holy places in Jerusalem.

King Salman’s moves ironically brought the kingdom closer to the outright condemnation by Qatar, Turkey and other Muslim nations of Mr. Trump’s decision to recognize Jerusalem. This, however, has more to do with King Salman’s own views as well as domestic politics in kingdom. It does little, if anything, to prevent the Gulf crisis from muddying efforts to resolve the Gaza crisis.

“A bumpy road seems to be lying ahead of Qatar…as it faces strong internal and external obstacles that impede its management of the Palestinian dossier and stops it from communicating with the rest of the regional and international parties so long as its opponents keep their veto on its movements,” said Gaza-based Palestinian historian Adnan Abu Amer.

Dr. James M. Dorsey is a senior fellow at the S. Rajaratnam School of International Studies, co-director of the University of Würzburg’s Institute for Fan Culture, and co-host of the New Books in Middle Eastern Studies podcast. James is the author of The Turbulent World of Middle East Soccer blog, a bookwith the same title and a co-authored volume, Comparative Political Transitions between Southeast Asia and the Middle East and North Africa as well as Shifting Sands, Essays on Sports and Politics in the Middle East and North Africa and just published China and the Middle East: Venturing into the Maelstrom