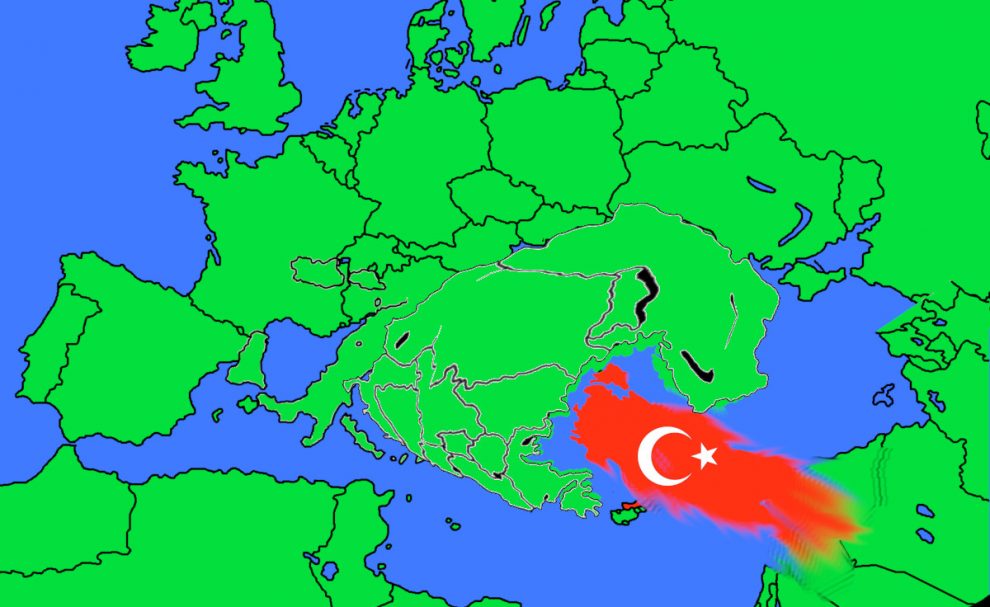 Poet and moralist Dr. Samuel Johnson (1709-1784) saw a close link between authority and authors. In the past, we tended to believe almost all authors writing for the New York Times, Washington Post and other respected Western chroniclers of history were authorities on the issues they wrote about; however, more recently, we have started to ask ourselves if those authors actually understand the subjects they discuss.

For example, a paragraph from a New York Times’ article purportedly providing an analysis on “how to maybe save the U.S.-Turkish relationship over like the next five years if we’re lucky” from the author’s own tweet on his article:

“Mr. [Recep Tayyip] Erdogan… seems to be gambling that Washington has proved more effective in alienating its allies than he has and that the American-led global order collapses before the Turkish economy does. After calling for increased cooperation among countries targeted by President [Donald] Trump’s tariffs and renewed Iran sanctions, Ankara has been quick to trumpet the positive responses from Western and non-Western capitals alike.”

How many false assumptions can one squeeze into two short sentences about an ally of their own country? Erdoğan has not been trying to alienate U.S. allies, and he is not trumpeting anything negative or positive from the capitals of other countries. The leaders of the EU, Russia and China are perfectly capable doing that. Turkey is simply minding its own business, and Western and non-Western capitals seemed heartened to see Turkey responding to the U.S. economic sanctions in kind. Turkey mounted a deft challenge to the U.S.’ “unilateralism,” denouncing its self-proclaimed sanctions and slamming extra tariffs on U.S.-based imports. Turkey has also complained to the World Trade Organization (WTO) about the lawless U.S. behavior, which is perhaps what prompted Trump to leave the organization.

Trump’s regular incendiary statements have not worked on Turkey. Yes, unfortunately, the concerted effort of four or five countries as described by John Perkins, author of the game of “Confessions of an Economic Hit Man,” to manipulate the value of Turkish currency caused some stir in the country and led to scattered price hikes that have obviously hurt low-income households; however, if you ask many Turks, they would say that responding to the U.S. in kind and charting a route that would be followed by other global leaders when they seemed helpless in the face of Trump’s illegal tariffs is worth the hardship.

In addition to the half-baked evangelism of the Trump-U.S. Vice President Mike Pence ticket, Washington’s reliance on other parties instead of critical alliances has turned the people of Turkey against the White House. The author in his article in the New York Times claims that “both the United States and Turkey assume they are indispensable to the other and ultimately expect to prevail.” Yet, those who have studied the history of U.S.-Turkish relations know that Washington has always considered Turkey dispensable. In the words of Gülnur Aybet, senior advisor to Erdoğan, Turkey has never been a strategic partner to the U.S., but a tactical tool in the Middle East. The other side also tells a similar story: Turkey responded to a perception of “Soviet threat” by joining NATO. However, where are those Joseph Stalin memoranda claiming territory on the Turkish Straights and the six eastern provinces? Turkish leaders were quick to forget and forgive the U.S.’ role in the Greek invasion of western Anatolia and former U.S. President Woodrow Wilson’s promise of a Kurdish homeland on Turkish soil after World War I when they heard from the U.S. that the “Russian bear was about the swallow the young and weak Turkey.”

Neither the New York Times author’s claims that Turkey’s place in the world has changed nor Trump’s focus on domestic politics have anything to do with Turkey’s quickly changing global role. We Turks have decided to be the masters of our own fates and the captains of our ship. Only through such proactive stances can things be more equal among nations.