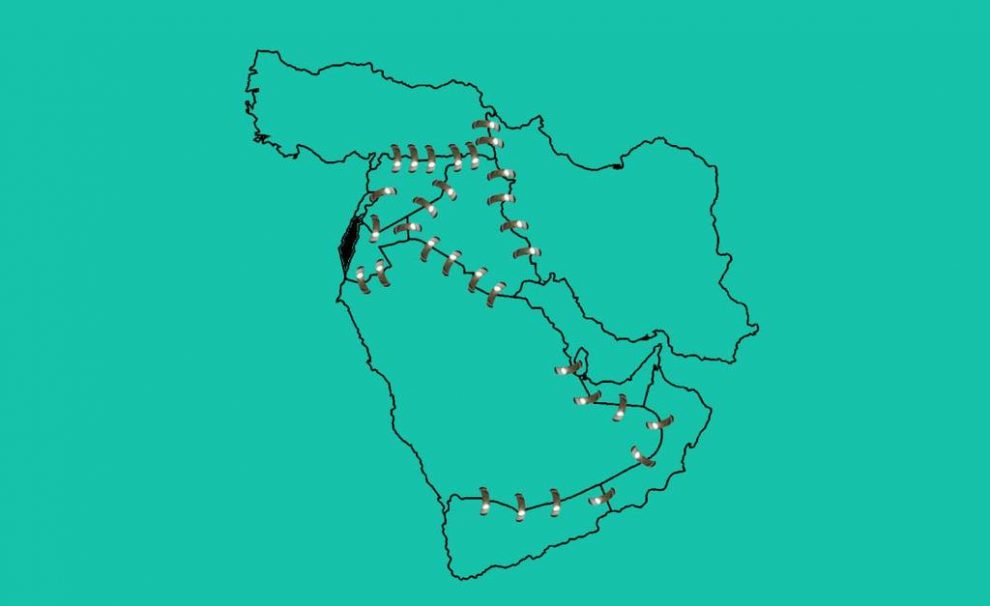 The Islamic world left behind the Feast of Sacrifice, including the Hajj, with a feeling of bitter joy and sorrow. The outcomes of a 6-years of war in Syria, internal disturbances in the Middle East, pressure and violence on Palestinians by Israel, persecution suffered by Muslims all over the world and chaos caused by the economic sanctions that America imposes on the whole world are spreading from the Middle East to the world.

Strategists are making analyzes about this bad situation rather than developing a plan about how to exit from it in which the world is struggled, or interpreting Trump’s tweets.

While the Evangelists are working hard to bring out the battle of Armageddon, many of the rulers of the Muslim countries see no harm in serving the Evangelicalism to preserve the financial capability that they have.

President Recep Tayyip ERDOĞAN, who has not wanted to sit back and watch the massacre of innocent people by the technological and chemical weapons, was the first leader to show courage to say stop this situation. He has showed his reaction to the powers that have caused this persecution and the spectators, saying “One minute” and challenging “The World is Bigger than 5”. In addition to this, Erdoğan developed good relations with all neighbouring countries, especially the Muslim ones, and initiated a process of building a union of powers against those who have been dragging the region into chaos. Against these efforts of Turkey, Fethullah GÜlen Terrorist Organization (FETÖ) from inside and the countries with interests in the region from outside have been sabotaging the situation, triggering the turmoil and chaos in the region by escalating with the terrorist organizations.

6 years later, at the tangled point reached, especially the rulers of the Muslim countries of the region gradually discovered that this situation in the Middle East could be overcome with the strategy of neighbourhood relations. However, despite the previous efforts of Turkey to establish and develop good neighbourhood relations, Iran remained unresponsive to the attempts of Turkey to solve problems because its relations with America during the Obama years were moderate. This situation caused the Syrian war to become even more unbearable.

With the advent of Trump, America’s decision to impose sanctions on Iran and the outcome of the enforcing of other countries to do so, particularly the EU countries, resulted in the fact that Iran will now have to cooperate with Turkey.

Apparently, Iran, as a way out, discovered that it should resort to the cooperation, not the historical Persian and Turkish competition. Iran took a clear positional stance against America’s attempt to clamp Turkey with economic sanctions; not only with this, but also clearly declared that they could manufacture war planes together with Turkey by introducing their own warplanes.

In line with these developments, the good neighbourhood relations, development of cooperation in various fields, especially in production, and realizing the principle of “win-win” cases serve as key facts to solve the economic problems in the region, particularly the civil war as well as the peace situation in the Middle East and the world. As a matter of fact, the cooperation which takes place in many areas between Turkey and Russia, of which their relations would not never be expected to improve any more with the fall of the Russian plane until a very short time ago, but has been improving rapidly, has disappointed the US’s dreams in the region and contributed to the successful results of Turkey’s “Euphrates Shield” and “Olive Branch” operations. The military success of Turkey led to a hope at the point where the Syrian civil war and the chaos will be completely finished.

Moreover, all these problems, which are considered to be bad, laid the ground for the settlement of the legal status issue of the Caspian Sea between Russia, Azerbaijan, Iran, Turkmenistan and Kazakhstan and resolved with an agreement signed by 5 countries.

Now we can ask this question; Can reading and understanding the Holy Quran and making Hz. Muhammad (Peace Be Upon Him)’s phrases the guide of life save the world that follows the Evangelical school from the abyss of evil into which it is tumbling down?

If we adapt the hadith stating “he is not a believer who is full while his neighbour is hungry” to the countries, can citizens of a country be happy and peaceful when there is civil war and oppression in the neighbourhood?

The events in Syria have showed us that it cannot be possible; humanity has seen in a very painful way that the deterioration of peace and happiness of the people not only in the neighbouring countries but also of those of the countries which are thousands of miles away.

When we analyze all these developments, we can see that the main problem is the efforts of the countries to exert their own imperialist or economic interests rather than the agreement with the neighbouring country. However, it was not necessary to live millions of people and economic losses in order to see that considering the right of your neighbour would also provide the economic prosperity of your own country. Providing world peace will be possible in cooperation with neighbouring countries in the areas that will serve the interests of both countries, by opposing the incitement of the imperialist countries.

The Feast of Sacrifice is not a simple pilgrimage or sacrifice action. These days are the days the Muslims should realize first to stone the devil inside while stoning the devil outside during the Hajj and then should realize the importance of sharing and distributing the sacrificial meats. The formula that can have the problems overcome together and can save the world from chaos is in the hands of Muslims who can reach out to neighbouring countries not only on a personal basis but also on a country basis.