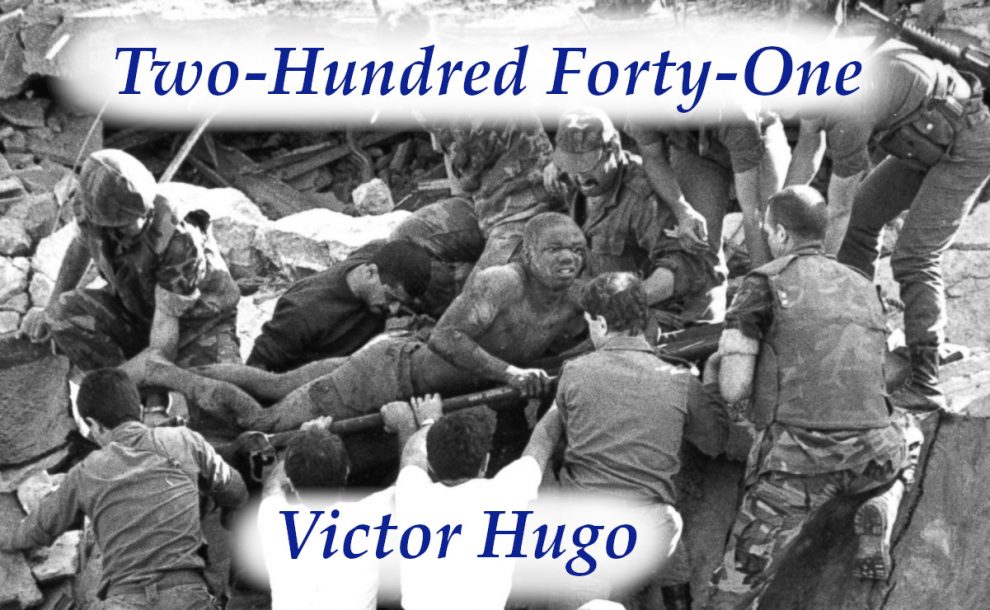 Sources say the term “loose cannon” owes its presence to the imagination. This exemplary imagination belongs to Victor Hugo who, in his novel “Ninety-Three” (1874), describes a cannon being tossed around following a violent incident aboard a ship:

“The carronade, hurled forward by the pitching, dashed into this knot of men, and crushed four at the first blow; then, flung back and shot out anew by the rolling, it cut in two a fifth poor fellow…”

So now we use it as a metaphor for an unpredictable person or thing, liable to cause damage if not kept in check by the environment. What if this unpredictable element is a real country with real physical resources, but metaphysical urges and aims and imaginary targets and fight for an ideology they believe to be larger than themselves? How do you keep it in check? As is usual in all national and international conspiracies, there are the usual suspects and those lurking behind plausible deniability.

Welcome to the post-truth realities of the modern times. But let’s not rush ahead of ourselves.

Those of you who remember the President Ronald Reagan era should also remember the 1983 bombing of a Marine compound in Beirut, Lebanon, that killed 241 U.S. service personnel. That was the deadliest attack against U.S. Marines since the battle over Iwo Jima in February 1945.

The Marines were criticized for having lax security at the barracks. In May 2003, a U.S. federal judge ruled that the terrorist group Hezbollah carried out the attack under the direction of the Iranian government. The ruling allowed families of the victims to sue Iran and eventually get awarded $1.75 billion of Iranian funds, held in a New York bank account. There have been many master’s studies and doctoral theses on this raid as well as a U.S. congressional investigation since then.

Speaking of theses… In the international relations discipline, there are four principal theories: realism, institutionalism, liberalism and constructivism. Also, some people count the English School as a separate theory. Of these, constructivism tries to explain the relations between and among nations by the logic of consequences rather than the logic of appropriateness because more and more actors (especially those non-governmental players) implement policies to obtain the desired end-results even if the action is not apt in the circumstances.

On October 23, 1983, at 6:22 a.m., a truck carrying 2,000 pounds of explosives drove into the Marine compound in Beirut, and 220 Marines and 21 other service personnel were killed instantly. The net result of this covert act was that the U.S. changed its mind about interfering with what was going to be known as the 1982 Lebanon War (dubbed Operation Peace for Galilee by the Israeli government). It is now known simply as “the invasion” in Lebanon. Moreover, a couple of months ago the Israel Defense Forces (IDF) invaded southern Lebanon, after repeated attacks and counter-attacks between the Palestine Liberation Organization (PLO) operating in southern Lebanon and the IDF that had caused civilian casualties on both sides of the border.

If you look at the logic of consequences, you will see that Israeli commander Ariel Sharon had a free hand in his dealing with Lebanon and the PLO. If you were a non-governmental actor and wanted the U.S. Marines out of your hair, how would you do it? Load a truck with 2 tons of explosives and drive it into the bedrooms of Marines? Think again as a government. You would probably think that it would defy the logic of appropriateness.

Back to what happened in the Syrian town of Manbij last week. The possibility of such horrendous terror acts in PKK/Democratic Union Party (PYD) and Daesh-held areas in Syria is escalating every moment. The desired consequence of such terror acts could be to push the U.S. to hasten the process of withdrawing its troops from Syria.

Whose logic would work that way you think? Who would like to have you think that Daesh is yet too strong for the U.S. to withdraw?