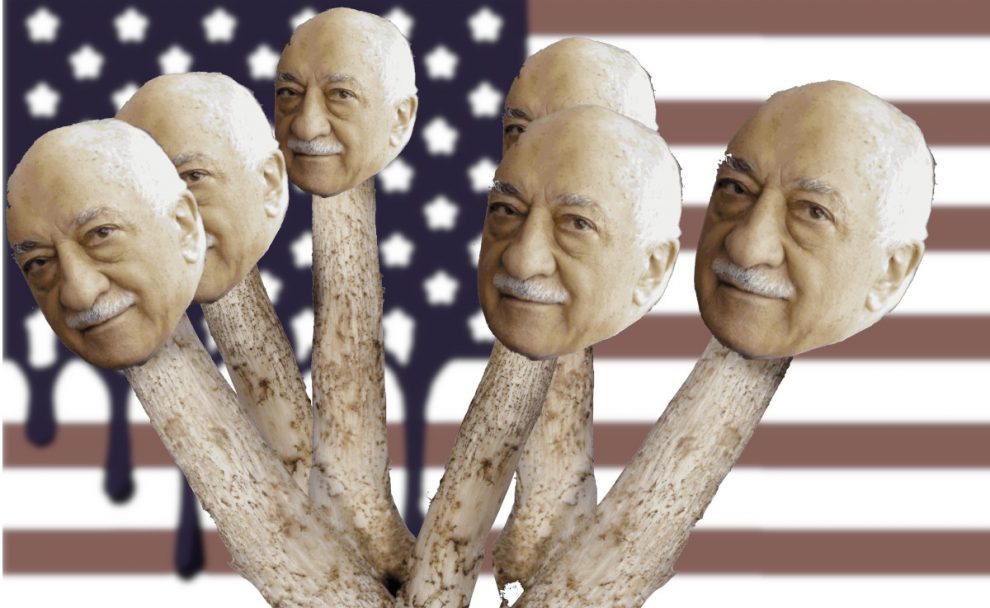 U.S. taxpayers and education experts should not let the cult leader Gülen exploit the future of their children by operating his charter schools within the United States

Education is certainly the passport to a bright future, for tomorrow belongs to those who fight tooth and nail for it today. But can education at more than 150 charter schools in the U.S., operated by a cult leader and one of Turkey’s most wanted terrorists, Fetullah Gülen, move American students from darkness to light?

“Education is a better safeguard of liberty than a standing army,” said Edward Everett, an American educator and statesman from the 19th century, who would probably turn in his grave now if he saw the wretched condition of charter schools in the hands of a terrorist group that invests in education to groom a “standing army” to fight for its dark agenda – rather than safeguarding liberties.

Luckily, there is a growing concern among American education experts as to the intent of Gülen’s charter schools that have been severely criticized and are being investigated on charges of financial misconduct, H-1B visa abuses for its Turkic-origin teachers and the ability of these schools to teach American values to American children.

Peter Greene, a veteran with 39 years of experience in teaching, recently blasted the U.S. charter school system and the Gülenist charter schools in particular in his Forbes article, “How American Should American Schools Be.”

“Charter schools have been one path by which foreign nationals can become involved in the U.S. education system. The most notable example is the schools of the so-called Gülen charter chain. The Sunni imam Fetullah Gülen [who is almost always awarded the adjective ‘reclusive’] moved to the U.S. in 1999 for medical treatment. Within a decade, he had created a wide-ranging group of charter schools,” wrote Greene.

He continued roasting the Gülen schools that had mushroomed all over the U.S. in less than a decade: “The chain has been used to issue H-1B visas to large numbers of Turkish nationals to come to teach; numerous reports claim that they are also expected to kick back part of their salary,” something that has actually been verified by many former cult members who said at least 40 per cent of their salaries were illegally confiscated by the cult.

A much-frustrated Greene warned American families and educational policymakers: “The schools are also accused of funnelling money to groups such as Gülen-linked construction companies. While some conservative critics worry about Gülen schools as indoctrination centres many others are concerned that the Gülen schools are using U.S. taxpayer dollars to fund a government in exile. At the very least, Gülen schools put U.S. students in the middle of a foreign power struggle…”

Greene’s remarks are not the first time such charges have been leveled against Gülen. Diane Ravitch, a New York University professor and former assistant secretary of education during the 1990s, has also joined a chorus slamming the Gülen schools at a time when the FBI is also stepping up operations against their activities.

“Why are national news shows unaware that Fetullah Gülen collects $500 million or more from taxpayers for his charter chain and that his chain is the biggest user of H1-B visas for Turkish teachers, who take jobs away from U.S. teachers?” complained Diane Ravitch on Twitter and asked the crucial question: “Why are we outsourcing American public schools to foreign nationals? Can they teach American history and civics?”

Gülen’s “standing army” of educated terrorists attacked the liberties and the elected government of Turkey on July 15, 2016, and they killed 251 and wounded more than 2,200 people in less than 12 hours. The colonels, generals and academicians who were schooled by Fetullah Gülen wreaked havoc in Turkey where every single living soul hates their guts.

I am very pleased to see that American educators, parents and public policymakers are finally taking notice that Gülen and his followers are wolves in sheep’s clothing. Turkey has learned a very painful lesson and the U.S. must learn from Turkey’s mistakes and misfortunes if it wants to save its education system from terrorist entities that have zero charity in their hearts for American children. Do not let criminals exploit friendly business laws in the U.S., especially when it is the future of your children at stake.

The loose cannon on deck
The Islamic Republic of Iran: Forty Years
Comment