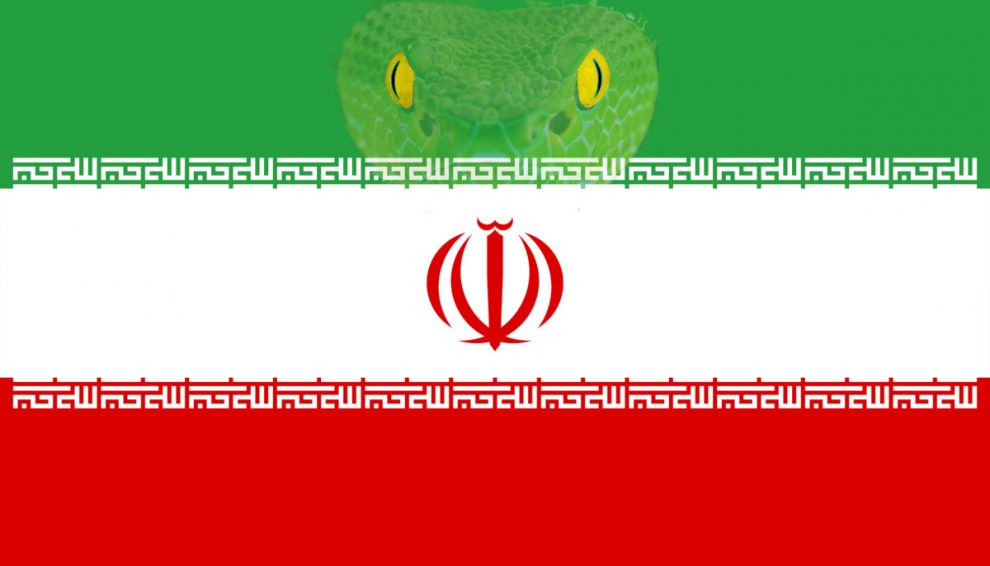 Forty years later, neither the tears of the Arab regimes nor the rise of Israeli alarms have stopped the expansion of Iran’s nuclear program and hegemony in the region.

With the Iraqi quagmire, the Syrian imbroglio, and the Afghanistan cul-de-sac, the U.S. and the West got uncomfortably wrapped in a Persian rug with the Islamic Republic of Iran. Within it, they only have a prayer left to beseech the Mullahs’ regime in Tehran to responsibly fulfil their strategic commitment to the international community not to use nuclear arms as a determinant factor in its defence and security implemented policies in the region.

The U.S. National Security Adviser John Bolton is still pushing to pursue the long-term U.S. foreign policy objectives for regime change in Iran, after all these decades of conflicting comments from Republican presidents, in particular, former President George W. Bush, and currently President Trump’s allies in the region; add to that President Trump’s unilateral decision in May, 2018 to withdraw from the 2015 Joint Comprehensive Plan of Action negotiated by the Obama administration to lift sanctions on Iran in exchange for a freeze on its nuclear program, which raises the question, does the U.S. really want regime change in Iran?

Presently Iran’s neighbouring Arab regime are mired in their worse and darkest time; as a consequence, they are experiencing an intellectual, moral, and political decadence. Whereas Iran has entered the circle of the so-called world stage big players, hence now Iran is a pivotal State, can have its say in the region’s strategic, geo-politic orientations, and disorder imperatives.

Iran officially put its first nuclear reactor, Bushehr, in operation with the Russians’ assistance. The country began its nuclear program decades ago under the U.S. watch. Then, for the West, Iran became one of the rogue States because of the unconventionality of the regime that took power in Tehran in 1979. According to Western theories of political science, the Mullahs’ political system’s paradigms and foreign policy objectives are not conventional. Since then the Iranian nuclear program has been under close scrutiny from the IAEA (International Atomic Energy Agency) and the West even though Iran signed the non-proliferation nuclear treaty in 1970.

Unlike the other nuclear countries in the region, Israel, Pakistan and India, the Mullahs have intelligently used this winning card to survive a hostile political environment in the region. Eight years of bloody war with its sworn enemy, Saddam’s Iraq, and political quarantines put into place by the West and the Arab regime dynasties and Republic-dynasties like Syria and Egypt which blindly supported the regime of Saddam in order to stop the proliferation of Khomeinism in the region, added an unfavorable economic conjuncture in the mid-eighties and nineties.

Forty years later, neither the tears of the Arab regimes nor the rise of Israeli alarms have stopped the expansion of Iran’s nuclear program and hegemony in the region.

Nonetheless the West has offered economic and technical assistance to Iran as an incentive to give up its nuclear program; meanwhile, the Mullahs in Tehran are playing a chess game with the West. This comportment was strengthened during the time of former President George. W. Bush and his foreign policy ideologues (the Neo-cons) in the White House; they served the Mullahs a dish on a golden tray that they never thought would be that delicious and inexpensive: the control of the region.

Then-President Bus’ s speechwriter David Frum categorized the Mullahs as part of the “axis of evil”, with Iraq and North Korea in 2002. The first imploded with all the consequences one has seen since in the entire MENA region; while the second still has its melodramatic attitude toward the West and its neighbours, blackmailing them for a brutal regime.

Tehran has conquered Iraq’s and Syria’s territories, moved closer to Israel’s sidewalk (the Golan Heights and Lebanon), planted a colony in Yemen — supposedly Saudi Arabia’s southern coastal garden — and technologically and militarily surpassed the neighboring Arab regimes, and got solid support of two super-powerful players in the International System, China and Russia.

Dissimilarly the Arab regimes are still crying over the debris of their glory days of the “war for liberation” revolutions and the early years of their independence, which still serve their leaders’ political narcissism and as a hypnotizer of their people; until they got that 3:00 a.m wake-up call that changed the region’s political and national security dynamic and time. As a result, the masses and the elite found themselves between a dystopian project and a project that cannot take them anywhere; they are left alone, believing that revolution is a difficult process for Arabs to overthrow a regime that has too many Godfathers and stooges cross the Palace and beyond.

Yet money, human and natural resources are not an issue for developing their countries and establishing wise public policies that could be profitable for the people and not for the ruler’s cronies and entourage. Those regimes created monsters to destroy what their elders achieved and what the colonizer left. In spite of this, the latter is considered as a source of the Arab malaise by the regimes, but once the cameras are off, the colonizer turns into a faithful protector.

When these regimes figure this out, it is over; deal with it. Iran is a regional power and Persia has been resurrected again. Oddly some Arab regimes launched some idiotic propaganda against the Mullahs claiming their religious sectarian agenda is a serious threat born into the region, the Shea’a crescent is underway to dominate the rest of the Sunnis’ sky in the region. And Iran is willing to take revenge for hundreds of years of Sunni domination. It turns out, the Sunni Arab repressive regimes got ISO spectrum on the lands and people’s Tunisiamion the shores.

Despite the blessing of the oil and the natural gas money, it has not helped to develop the Arab peoples’ societies. On the contrary, for the people, this blessing is a curse. Those regimes are asking for help to rearm, slaughter any protesting voice and revolt, and go nuclear. The Arab regimes’ concern about Iran is legitimate, as with Israel, but the recent geopolitical development on the ground, however, shows that Iran interference is no longer a threat, nor even Israel — the real threat for them is a non-Arab Sunni country: Turkey.

Thus they are acting as defeatists, notably the Arab “moderate wing” that is calling explicitly for normalization with Israel, and reconciliation with the Assad regime, a cruel regime that was saved by the Mullahs’ money, heavy weapons and militias. The Mullahs’ provocations are simple executions, Arab officials don’t need further tensions, i.e, Saudi Arabia-UAE-Bahrein-Egypt foolish blockade of Qatar in 2017, and recently the trio “sacred alliance”: Saudi Arabia-Egypt-UAE are waging a proxy war in northern Syria to corner the New Republic of Turkey (Yeni Türkiye) and its Sunni political Islam order in the region is anything, but Iran’s containment, eventually a clash.

Arab regimes could have learnt from the Arab uprisings and could work finally for a global integration project that would extend from Muscat to Nouakchott — if the Arab regimes want to escape from the ideology of terror that themselves sowed, and from the Tehran-Ankara-Tel Aviv crucial triangle that they got themselves into.

The Persians with the Turks, side by side, are dominating the Arabs, and the Israelis are anxiously observing where it may lead.