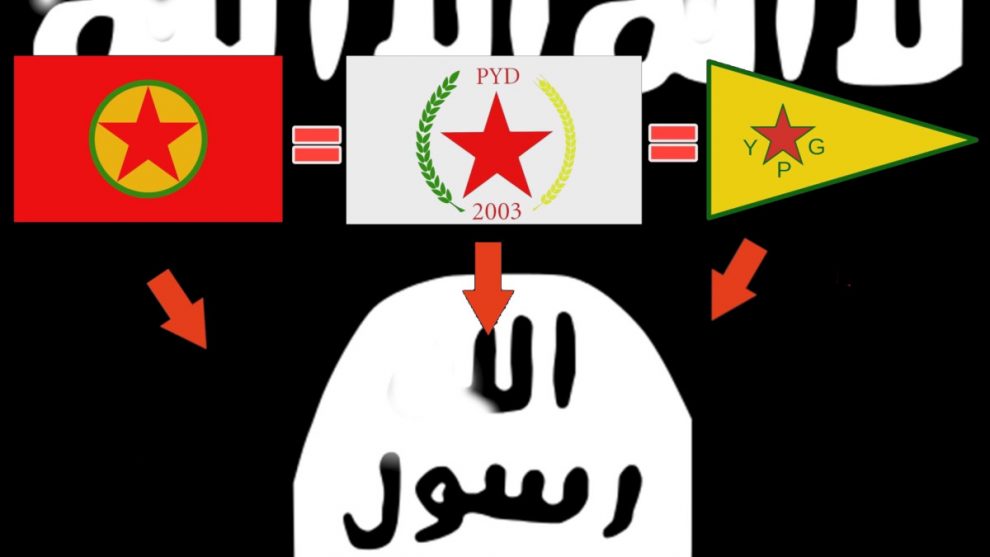 A suicide bomber attacked a restaurant in the center of the Syrian town of Manbij, targeting a “routine patrol” of U.S. troops. Five U.S. troops died along with more than 10 civilians. The deadly attack on U.S. troops was claimed by Daesh within hours.

Some analysts rushed to argue that the attack shows Daesh is not defeated and that the U.S. troop withdrawal may encourage them to regroup and become a greater threat. There are certain inaccuracies with that conclusion.

First of all, the notorious Daesh is mostly contained at the moment, but the only group that threatened to free 3,200 Daesh prisoners and revive the terror group is, not surprisingly, another terror group, namely the People’s Protection Units (YPG), the Syrian extension of the outlawed PKK.

The YPG enjoyed being backed by the U.S. for three years. The Pentagon equipped and trained YPG militants, which gained most of the territories against Daesh thanks to the U.S. airstrikes. The YPG, which used to be a “minority within the minority” in Syria, meaning they did not represent even most of the Syrian Kurds before the U.S. support, now has the power to rule over even Arab towns and cities by spreading fear thanks to their “comrades” in the U.S. government.

Now, with that support slowly being taken away, the terror group is afraid it will be held accountable for the war crimes they committed against Syrians. Lest we forget, some 300,000 Syrian Kurdish refugees fleeing the YPG terror found shelter in Turkey. That is why it is mostly in the YPG’s interest to revive the Daesh threat and make themselves “relevant” again for the decision-makers in Washington.

In this sense, the YPG and Daesh seem to be the only parties that profit politically from this deadly attack. That is why this is a historical turning point because if the U.S. changes its withdrawal decision based on a Daesh attack, it gives the terror group the “prestige” that they can push their agenda on U.S. President Trump. Moreover, it will give them the power to gather more recruits because “fighting against the U.S.” is one of the most popular causes in the Middle East.

Also, again if the U.S. changes its withdrawal decision based on a Daesh attack, the YPG will continue its reign of terror over Syrians and delay the chance of reaching a political solution to the problem.

The Islamic Republic of Iran: Forty Years
What part of ‘No’ don’t you understand?
Comment