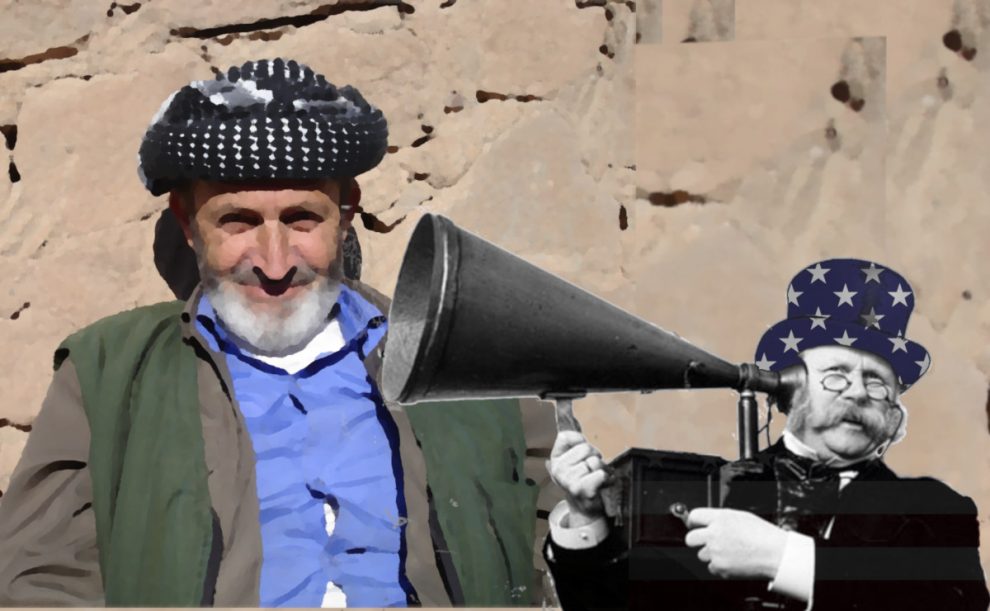 Talking about famous country singer Lorrie Lynn Morgan, popular cover musician Oz Malo says, “Not only can this beautiful gal from Nashville sing, she is blessed with great looks as well.” Well, it was in 1992 when Morgan released a seminal piece of music for every woman fighting for basic human rights everywhere.

She was doing a Country Road Family Reunions with Jeannie Seely. But, her lyrics are in the playbook of every women’s rights defender:

“I’ll be glad to explain it

If it’s too hard to comprehend

So tell me what part of no

How many women must have thought of yelling this, just like that, to the faces of many pesky people, whether in the office, in a restaurant or in a bar; yet, many exasperating and disturbing people would have been impossible to get through.

You’d naturally grow angrier but that person would then start blaming you: “Hey, no need to raise your voice! You have to control your anger!”

Why did I go back to 1992? Because of two men: Pompeo and Bolton. Apparently only these two men, the National Security Adviser John Bolton and Secretary of State Mike Pompeo, have President Trump’s ears. But since they play the dialogue of the deaf with Turkey in ensuing discussions, the U.S. side is unresponsive to what others say.

There must be something in the Turkish “No” in the sentence: “No, we don’t kill Kurds; neither in Turkey, in Iraq nor in Syria,” that these grown men cannot comprehend.

The Turkish side has explained numerous times that it has never bombed the Kurds, or slaughtered them, anywhere in Turkey, in Iraq or in Syria. The regime of Bolton’s beloved Kemalist elite in 1937 had a military campaign to suppress the rebellion led by Seyid Rıza, an Alevi Kurdish chieftain.

But 70 years later, in 2011, Turkish Prime Minister Recep Tayyip Erdoğan issued an apology for that operation, describing it as “one of the most tragic events in our recent history.”

When Lorrie Lynn was composing that song, an Iraqi dictator and murderer of thousands of Kurds over many years, started a chemical attack on Halabja, a small town on Iraq’s northeastern border with Iran. Some 5,000 civilians, mostly women and children, died a painful death in that attack.

More than 100,000 people who escaped Saddam Hussein’s attack took refuge in Turkey. I remember as if it was yesterday how the local governors were helping soldiers open new gates at the borders by removing barbed wire. I don’t know how he is going to rest in peace, but the late George Bush had turned his head the other way and did not pick up late President Turgut Özal’s midnight phone call.

If that was too distant a past for that troupe of two, perhaps they will remember what happened to the Kurds in Syria when two terrorist organizations, the PKK and its offspring the Democratic Union Party (PYD) and the People’s Protection Units (YPG), as well as Daesh, engaged in what military analysts call “field domination” in northern Syria which also resulted in another mass migration to Turkey.

You cannot even count refugee Kurds because they are our brothers, sisters, nieces and nephews, we could not keep them in camps; they are family, albeit distant.

As Lorrie Lynn says in the song, “I don’t mean to be so mean, but I don’t think I’m getting through.” There are Kurds and there are terrorists who claim to be representing them. Take the Irish Republican Army (IRA) or Sandinistas and the Contras. They are not the Irish or the Nicaraguans! Yes? When the CIA was engaged in cocaine trafficking with the Contras, it was not the people of Nicaragua receiving it? Yes?

All these have been explained countless times to these gentlemen. But their stubbornness in not understanding the simple fact that neither Turkey nor anyone else can tolerate a terror state along its borders is very suspicious indeed.

“Let them do whatever they do now after we are done with Daesh we can always revisit the issue” is not a viable policy, and this pertinacity brings some other things to the mind since Bolton especially is among the authors of the New Middle East map drawn on blood lines. It is not that they don’t understand any part of “no,” they just don’t want to hear it.