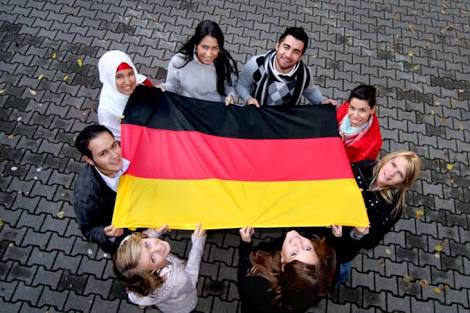 Hatreds in German society long thought to have been confined to the fringes are gaining ground in mainstream society, with dangerously unpredictable consequences for Muslims.

Muslim associations in Germany have warned against this for years. Attacks on Muslims and mosques are indicative of a new reality: life for Muslims has become dangerously insecure in Germany.

The situation is quite precarious, above all because Berlin still does not recognise the seriousness of the situation. In vain, Muslims  did wait—after 31 attacks on mosques in 2018 alone—for a message of solidarity from the new interior minister Horst Seehofer. Instead, his first speeches centered on his avowal that “Islam does not belong to Germany”.

However, this assessment of the politician was contradicted by the Chancellor Merkel and the Bundestag President Schäuble. Paradoxically, the Seehofer will now invite Muslim associations to an Islam conference, even though the religion of 4.5 million “does not belong to Germany”.

Of course, no government has a panacea for the violence from the extremist fringes of society. In Germany, mosques are attacked not only by right-wing extremists but also by PKK fanatics, of whom as many as 14,000 supporters are said to be in the country. Violence against minorities in Germany has been a problem for decades: churches and synagogues have been repeatedly attacked and, unfortunately, anti-Semitism and xenophobia are not new phenomena.

It is alarming, however, that growing Islamophobia is no longer a marginal phenomenon, but has spread to the heart of the establishment parties. Essentially, in the age of globalization, it points to the dilemma for all conservative parties in Europe: they are in search of their own identity.

Although there are also opponents of Islam among social democrats and leftists, it is now the AfD – Alternative for Germany – an expressly conservative and Islamophobic party, which sits in the German Bundestag.

The success of the AFD has influenced the ruling Christian Democrats to also adopt some anti-Islamic rhetoric in a bid to compete for voters. The motto of the Conservatives today is clear: oppose Islam, refugees and immigrants.

Moreover, this form of conservatism also spurns Turkey’s membership of the European Union. There is a variety of reasons for the negative mood against Muslims which widespread populism manipulates and capitalises on.

Islam today still appears in the image of public opinion as a “foreign” religion – a view that Muslims and their mosque communities have wanted, and worked towards, changing for years. The best protection against attacks on mosques, according to common sense, is a good and vibrant neighborhood. Many surveys also show that most Muslims feel at home in Germany.

However, these facts have not permeated public perception. It is no coincidence that federal agencies, such as the Federal Office for Migration, are disseminating statistics on the countries of origin of Muslims in Germany, without considering the origin of Germany itself as a possibility.

The fact is that many Germans do associate Islam with terror and danger. The combination of the words “Islamic” and “terrorism”–commonplace since the September 11 attacks and used by political parties and media today– helps to explain the comfort with the growing violence against minorities in general, but also against Muslims and their institutions in particular.

With that same logic, the AfD now mobilises against Muslims by defining every crime on behalf of Muslims as a manifest expression of religious practice. If a Muslim attacks a bank, then it is an Islamic bank robbery.

Since the 2015 refugee crisis—which has been labeled an invasion of radicals—every crime committed by a refugee is automatically associated with his or her country of origin and religion.

Political rhetoric that speaks of population exchange and alien invasions is setting the scene for a violent “resistance” against the “dangerous other”.

Given that the sentiment and its proliferation is so influenced by linguistics, why it is so difficult for Muslims to find a counter-strategy against these polemical attacks?

According to the linguist Ferdinand de Saussure, the signifier, denoting for example a term, differs from the signified which denotes the meaning of a word. In the case of Islam, about which today’s media and parties are debating daily, its meaning is increasingly defined by non-Muslims – the majority.

Different phenomena are associated with Islam and for the unassuming, they become a manifest part of its meaning. The Muslims, on the other hand, lack public representation in parliaments and the media in order to regain sovereignty over their own religion and its concepts – that is, with regard to how they are defined.

The absolute majority of Muslims living in Germany, of course, understand Islam as non-violent, domestic and tolerant.

At the core of the debates about Islam, a central question usually goes unanswered: what is Islam?

There is great uncertainty in the German population as to whether Islam is a political ideology, a religion or an all-encompassing worldview?

For Muslims living in Germany there is a dilemma about how much Islam they can practice in German society without facing a backlash. This will remain a challenge for Muslim scholars in the country. In addition, the economic and social convictions of Muslims are completely neglected in the dispute over political Islam. What can be done?

In the long term, it will be necessary for a new generation of educated and motivated Muslims in Germany to create an elite – Muslims who are active in the political and media landscape and aren’t afraid to speak out. The mosque communities in turn are well advised to continue their commitment to the creation of good neighborhoods in German cities.

Anyone who truly knows and lives with Muslims will appreciate their positive contribution to society.